When it comes to the aftermarket industry, there exist several schools of thought on how to approach a similar problem. In the case of the BMW G8X M3 / M4, it’s been exciting to see how the industry has chosen to enhance, accentuate, and ultimately improve upon the car’s factory appearance.

While several companies have chosen the route of a full lip spoiler add-on, Sterckenn has become synonymous with a different path. Indeed, a new way of thinking is a perfect way to characterize Sterckenn’s methods. Instead of a full-width lip, Sterckenn has opted for a more modular three-piece attack to embolden the G8X’s front end. It’s an approach we’ve seen for several chassis now—the F97 X3M, F95 X5M, F92 M8, F90 M5, and so on—and it is perhaps one of the few that wholeheartedly consider the enthusiast community in crafting its design. 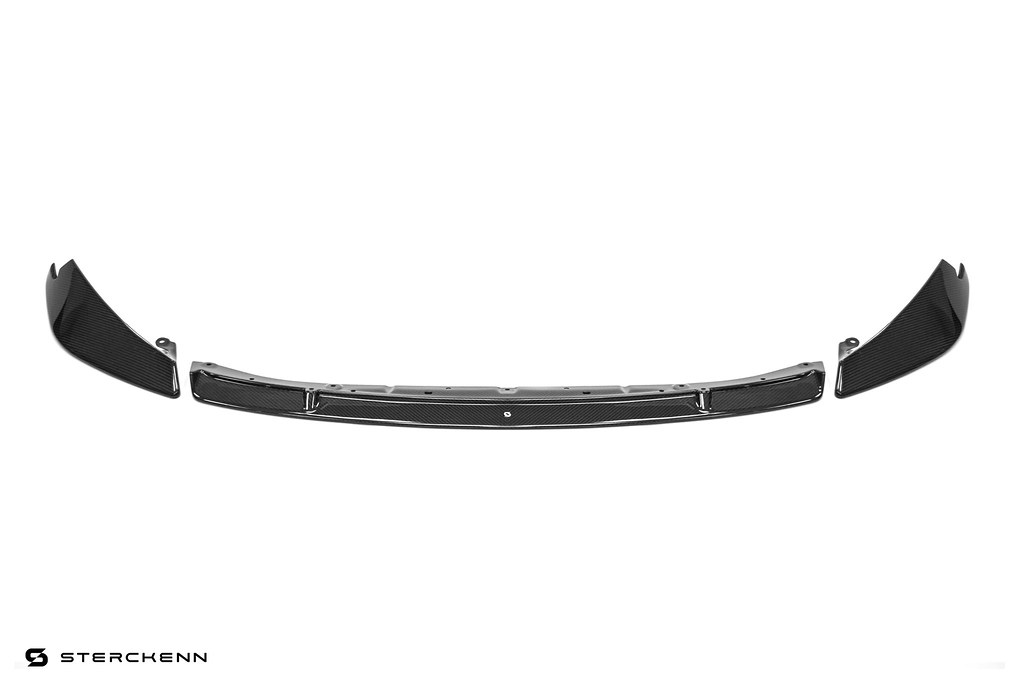 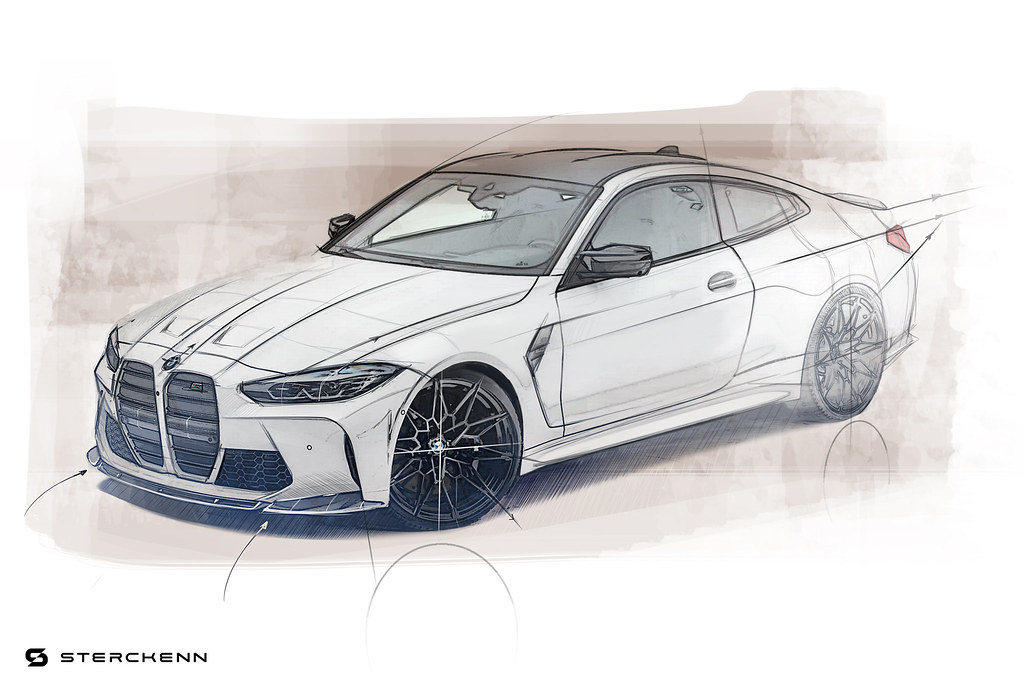 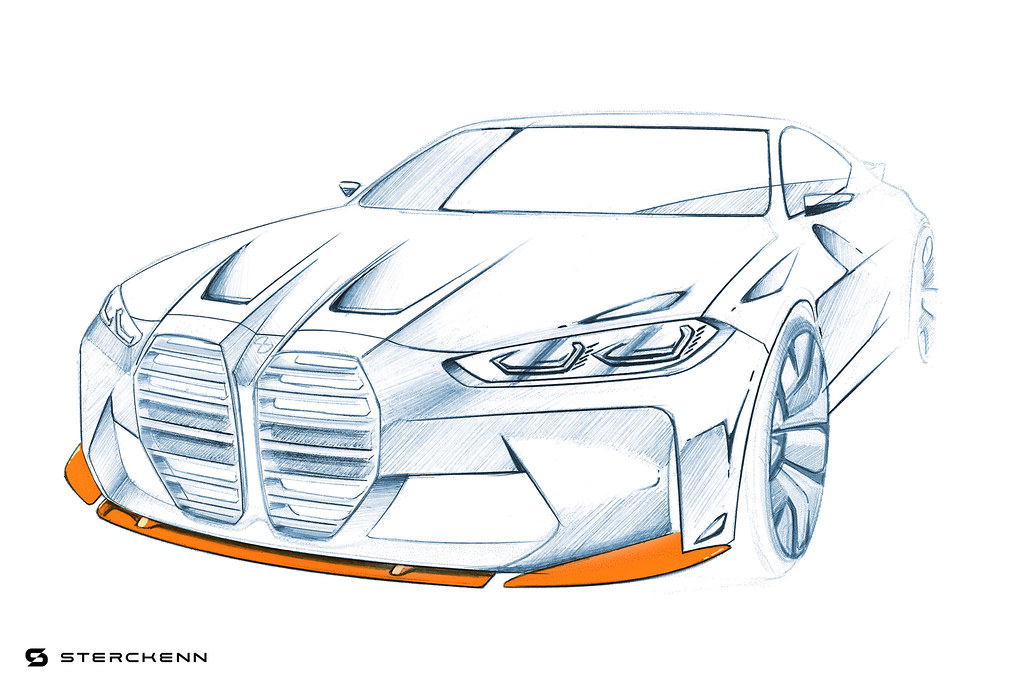 Whereas some options create a more dramatic chin than the Sterckenn splitter set, it must be said that doing so poses its own problems: clearance over uneven road surfaces, unpredictable grading, and encounters with inevitable road debris, leave other lips precariously susceptible to damage. Sterckenn’s subtlety is thereby one of its strengths, but that doesn’t mean that this modification is unnoticeable, nor unsubstantial. 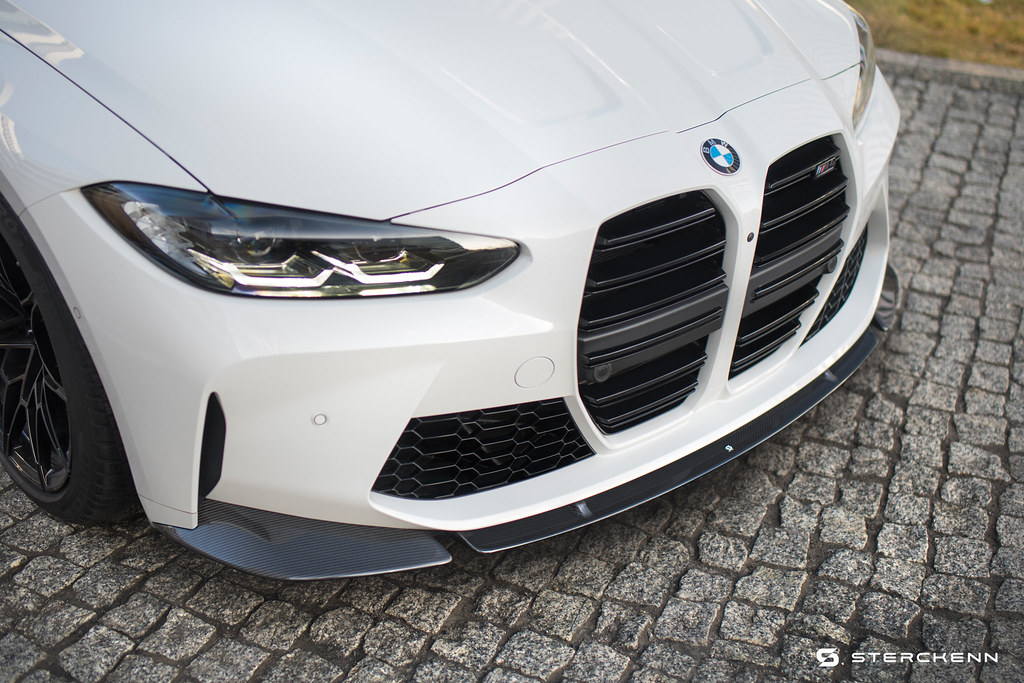 Its looks, dominated by the three dramatic, vertical bars on the center splitter, are carryovers from Sterckenn’s familiar design language—a synonymous blend of both character and function. In doing so, the lip is instantly recognizable as part of the Sterckenn family and reflects the owner’s commitment to quality. 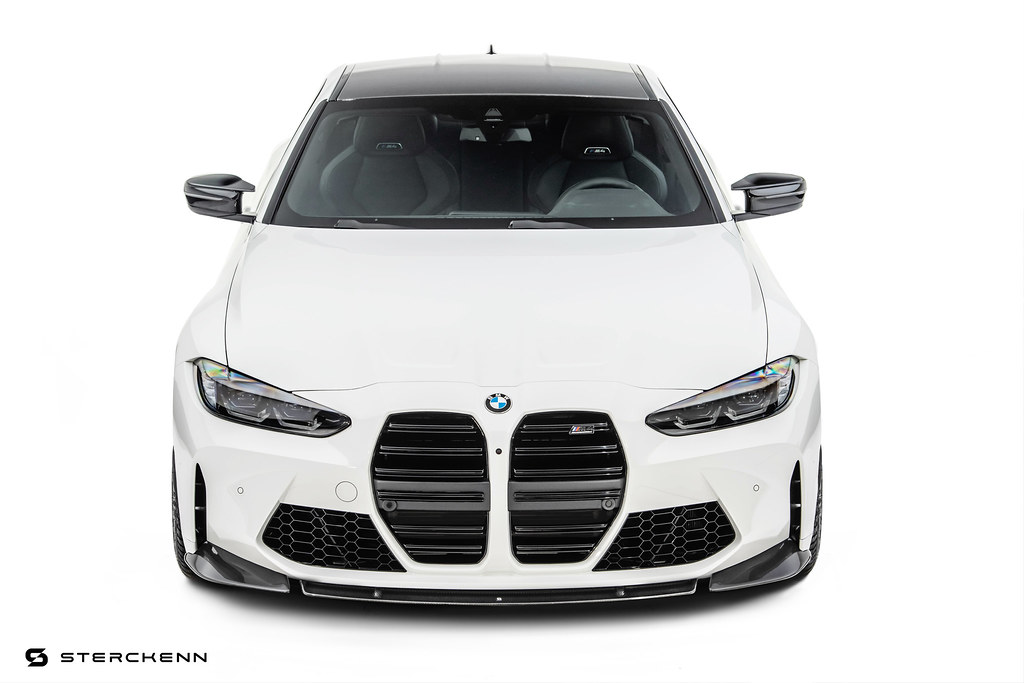 Again in line with other Sterckenn offerings, the center piece of the Sterckenn G8X M3 / M4 front splitter features a bold v-weave carbon pattern; the side splitters echo the pattern further, which creates an exciting, eager presence at the front of the car. 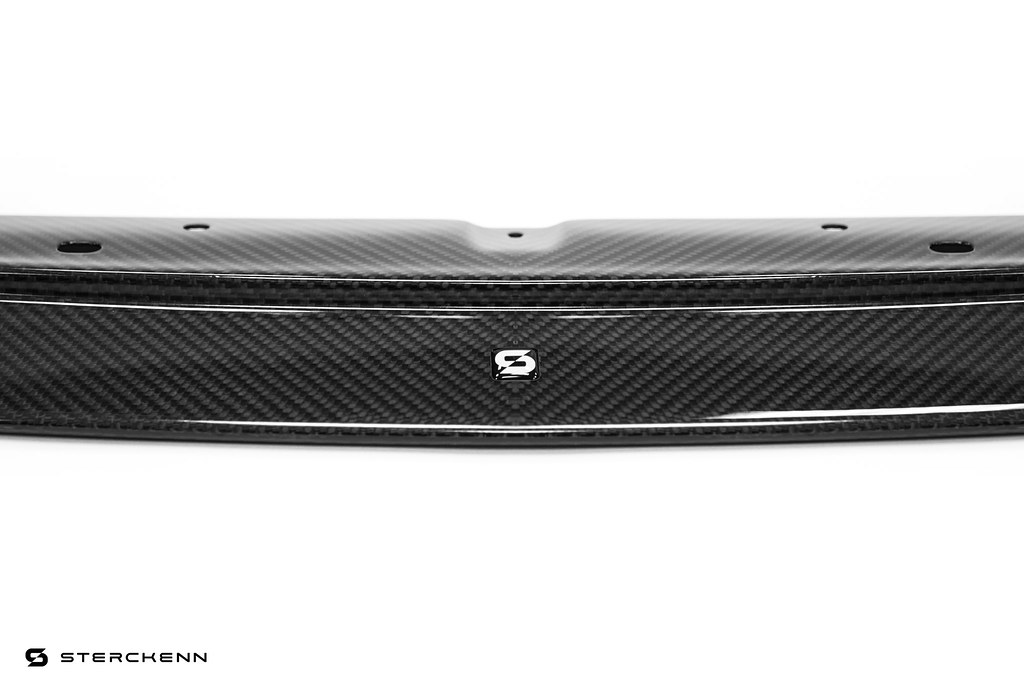 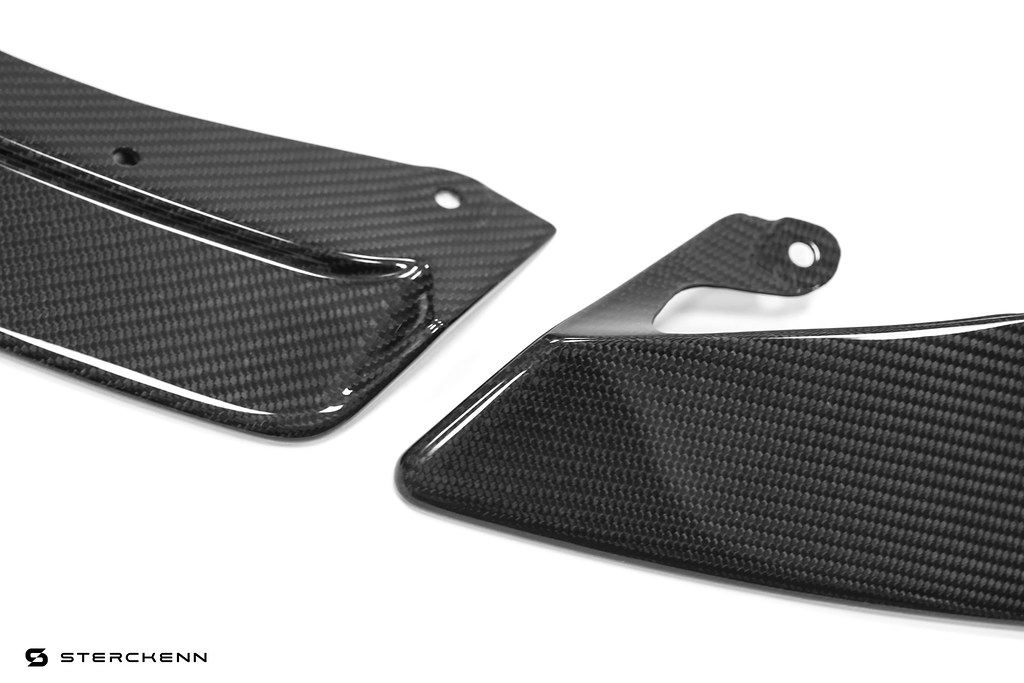 Sterckenn’s stringent manufacturing quality rivals their clever design methods—the company uses only fine pre-preg carbon and can, thanks to fastidious standards, create beautiful twill patterns (like the aforemented “V”) most often reserved for high-end aftermarket offerings or even BMW’s own program. This commitment to quality also assures that each component is strong. Slotted holes at vital mounting positions on the splitter’s underside will aid accurate positioning during installation—a much welcomed addition to any aftermarket aero modification to guard against misalignment or extraneous holes in the factory bumper. 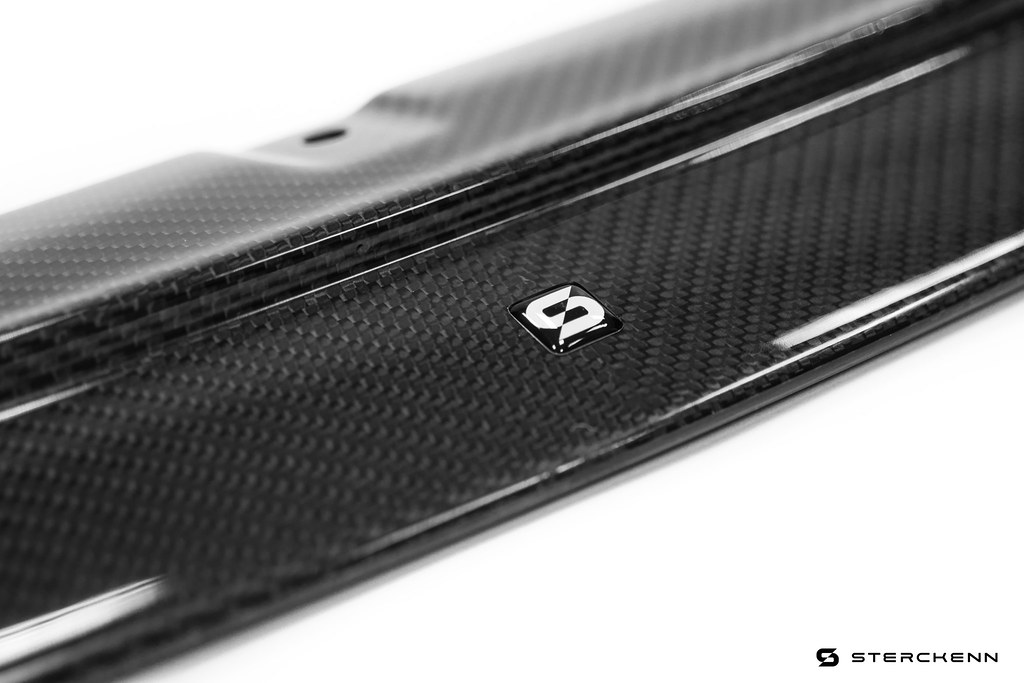 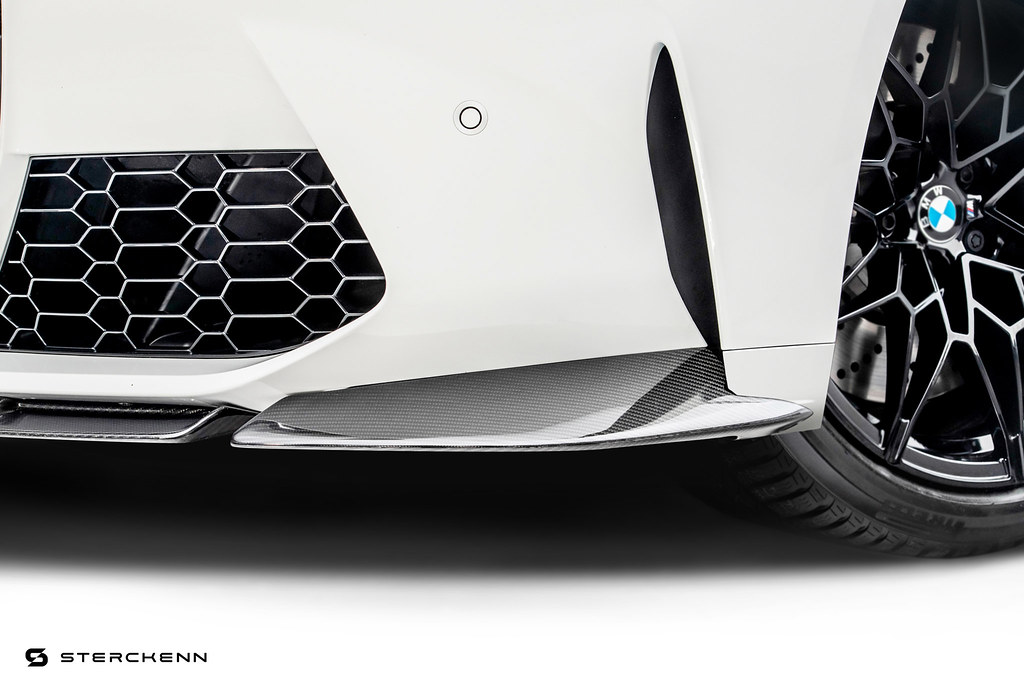 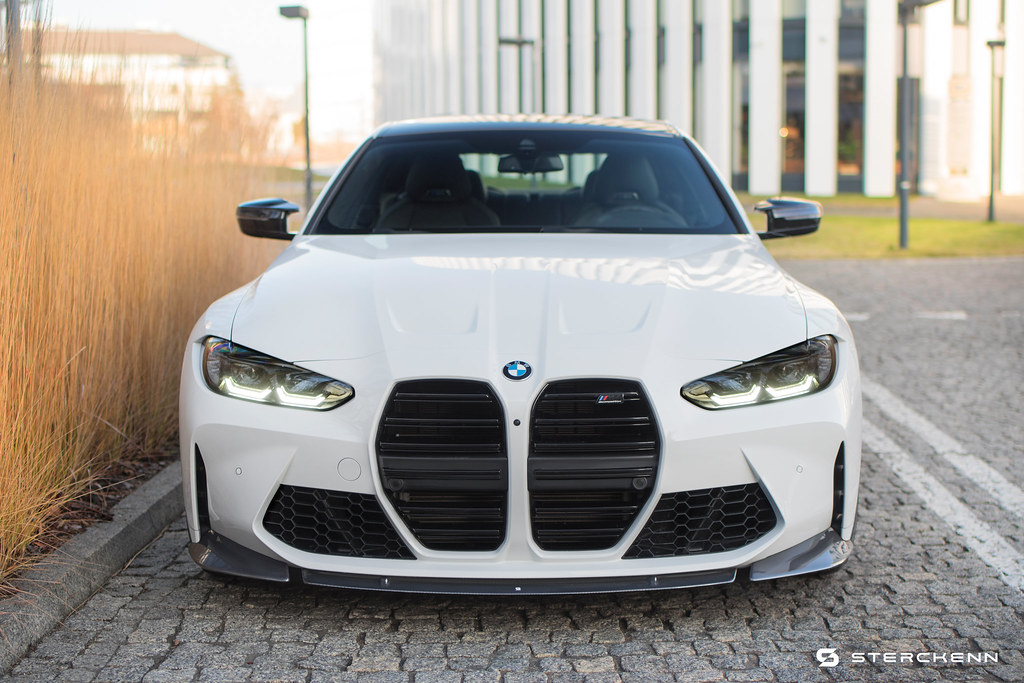 It's refreshing to see companies like Sterckenn doing things differently and we are proud to be amongst the first to bring this exciting aero entry to the G8X M3 / M4 market. 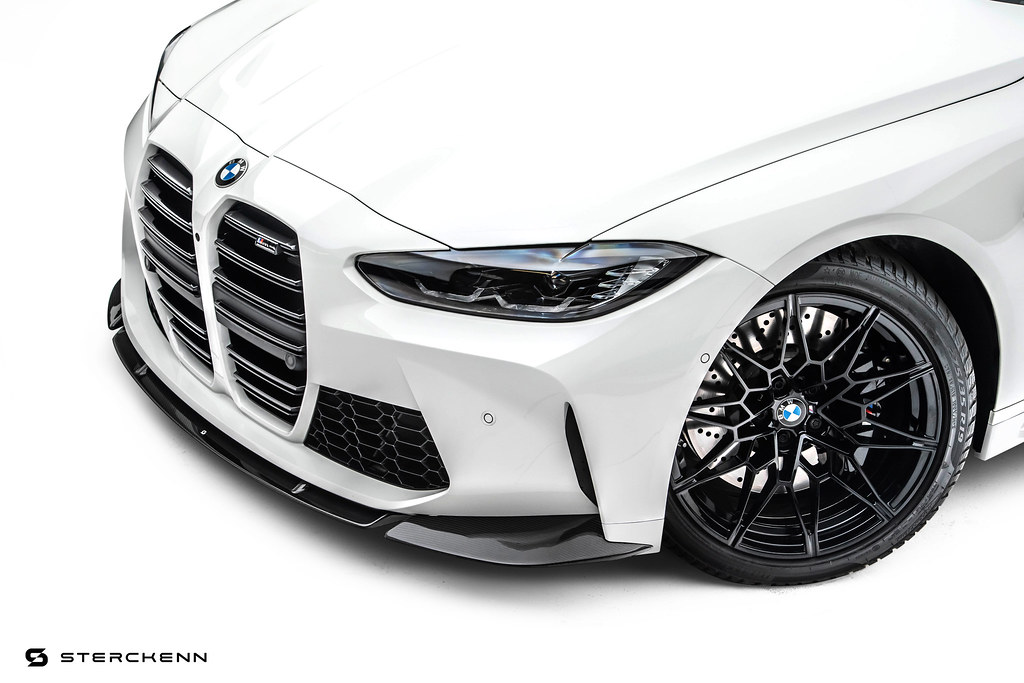 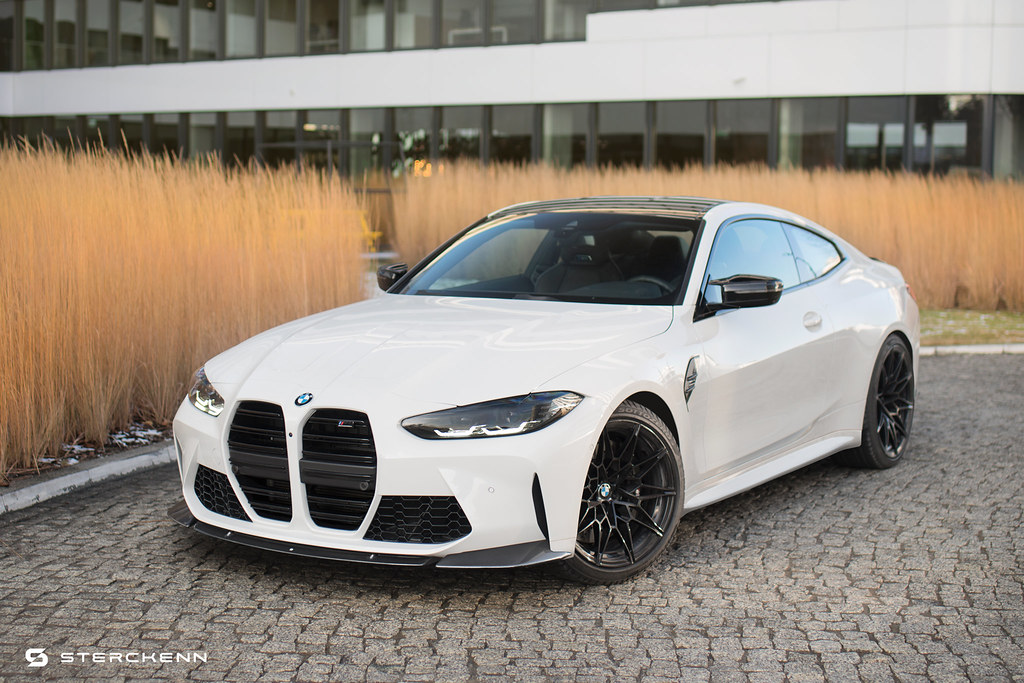 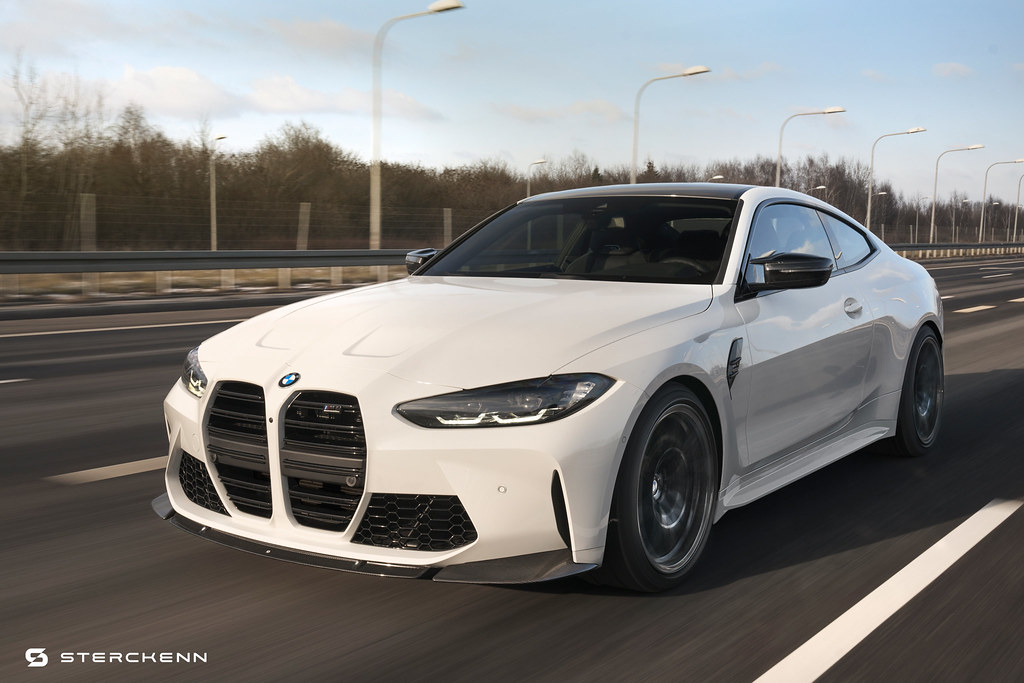