Out of the many contributions that the Germans have made to the automotive industry, one that easily stands out are their views on engine bay aesthetics. BMW has been a big proponent of form following function, but has always made a concerted effort towards a clean and organized under-hood. However, as cars have become much more complex and electronics have made their way into every facet of the automobile, engine compartments have become a bees nest of wiring with plastic connectors and cooling fins. As such, most manufacturers have moved towards plastic "beauty covers" for their engine bays.

With the BMW M3/M4 being one of the most important vehicles out of Munich, you expect every aspect of the car to be nearly perfect. One area BMW clearly fell short was the G8X engine compartment. The OE engine cover felt very incomplete, leaving the engine bay looking unfinished and an ugly intake manifold and charge cooler sticking out like a sore thumb.

Eventuri has redesigned their carbon engine cover to bring much needed symmetry and give the engine a more complete aesthetic. The new engine cover extends across the charge cooler while still allowing for sufficient heat dissipation with added venting. Crafted from prepreg carbon fiber, Eventuri's engine cover is a direct replacement, requiring only that you swap the OE mounts and M emblem.

For customers wanting to maintain a bit of the "OE look", IND is also offering the option of a pre-applied BMW M Power decal that matches the OE cover's lettering size and placement. Want a bit more individuality? Exclusively from IND, choose the "BMW M Power" moniker painted in any color of your choice! 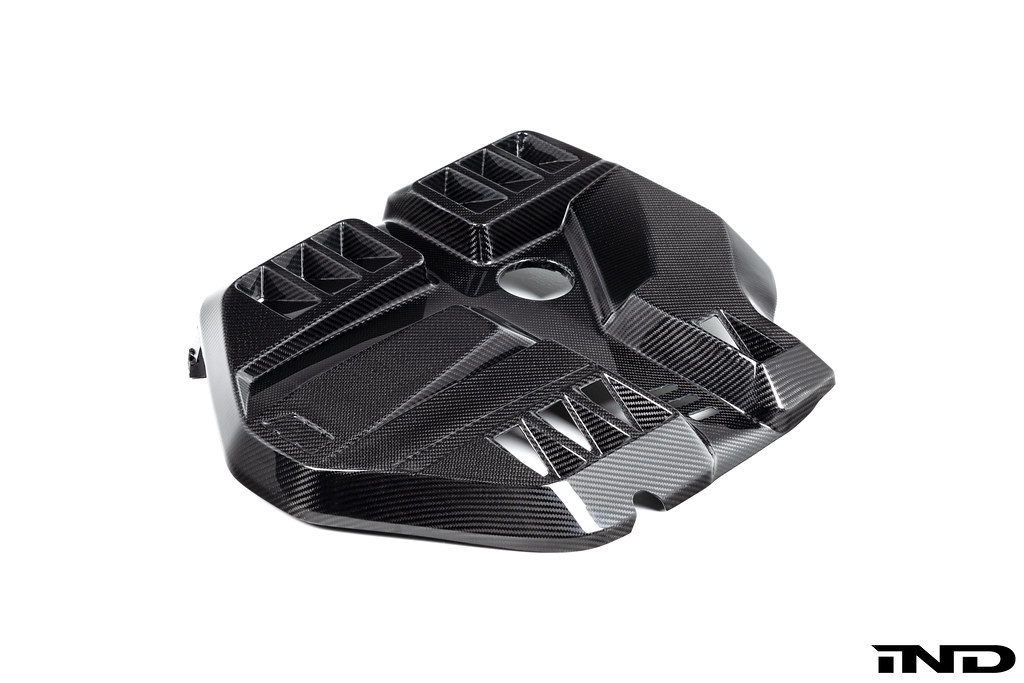 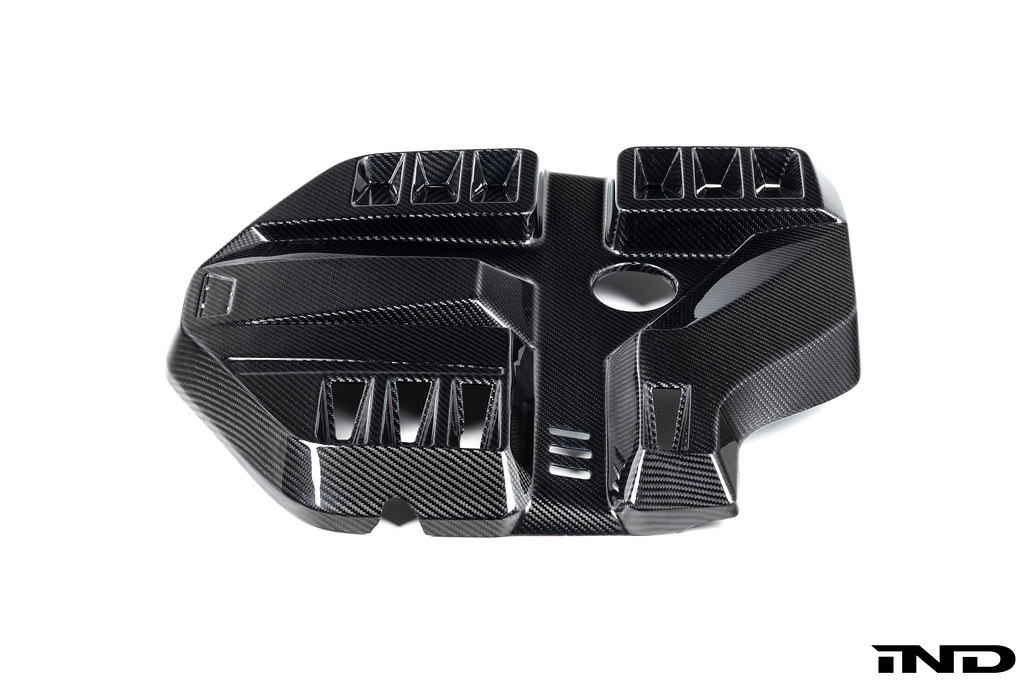 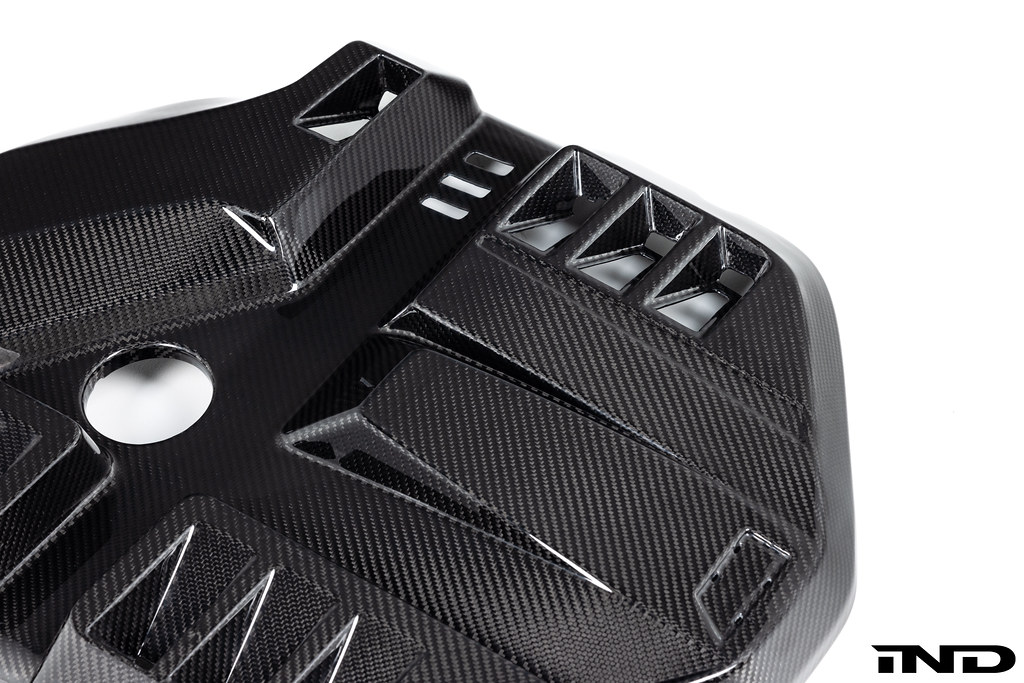 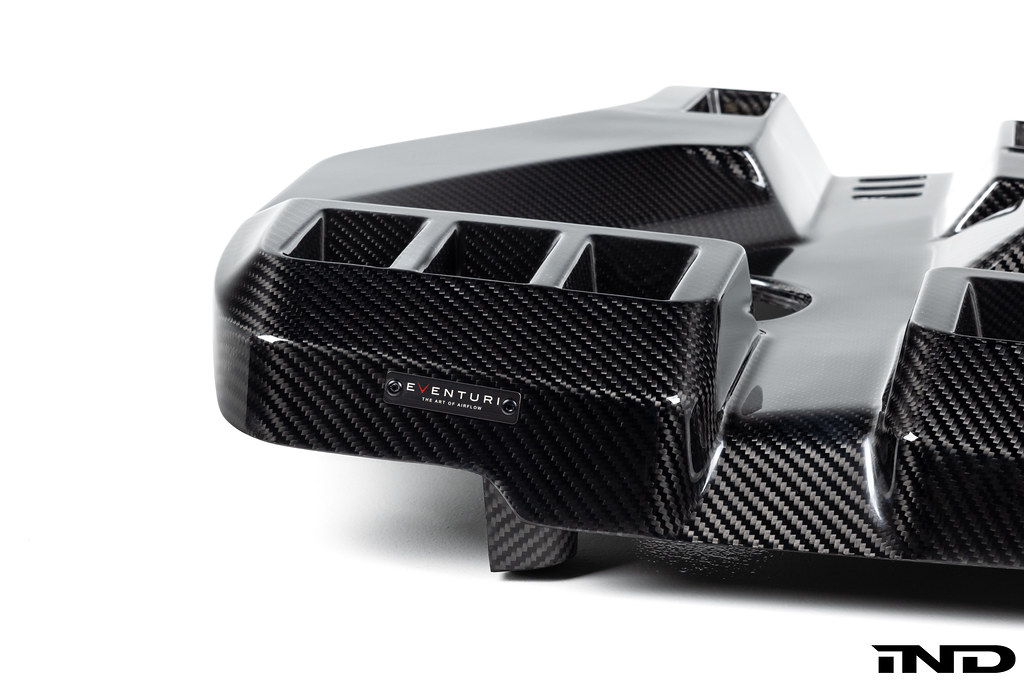 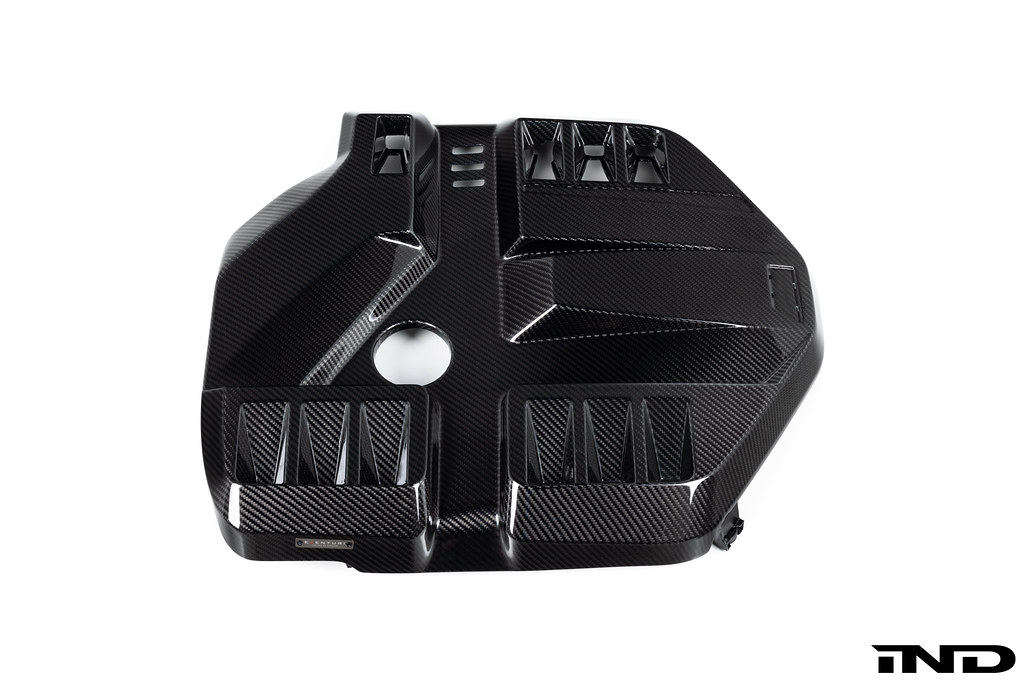 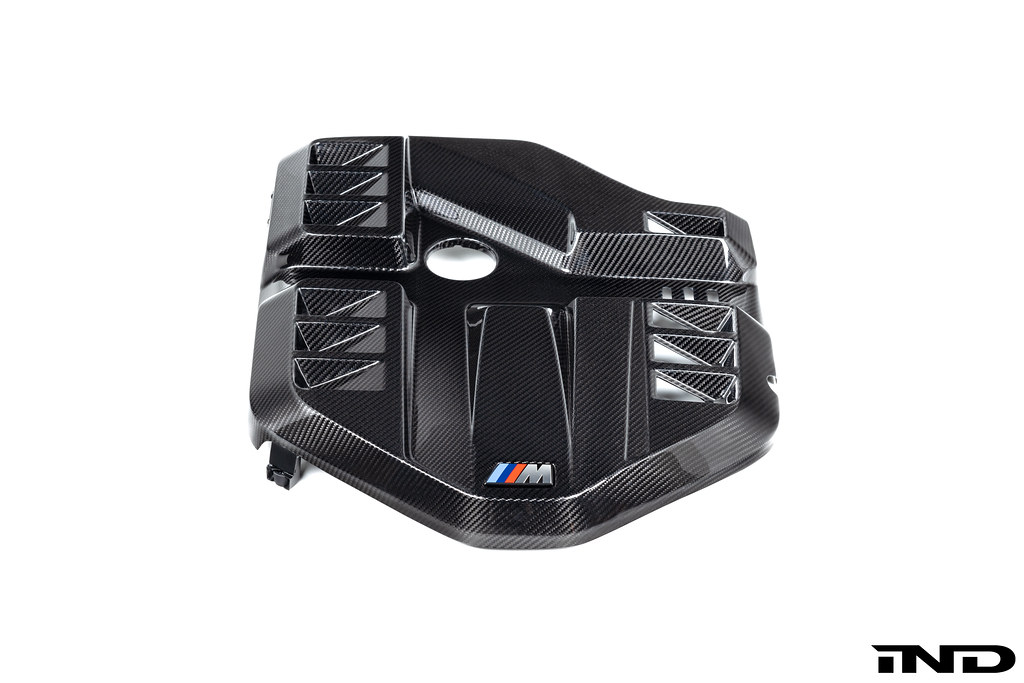 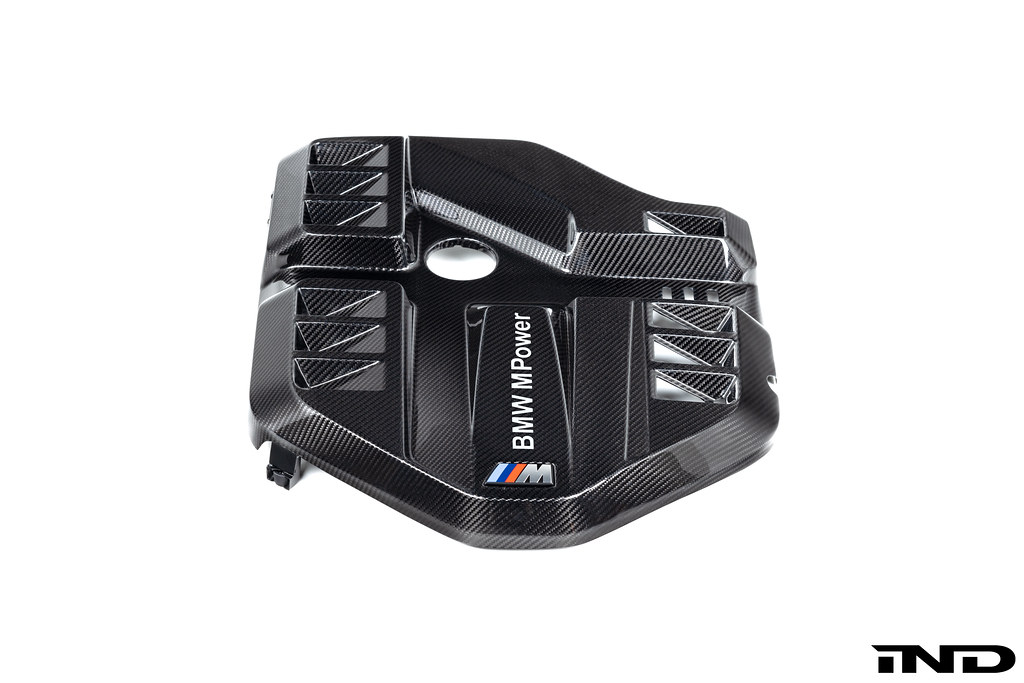 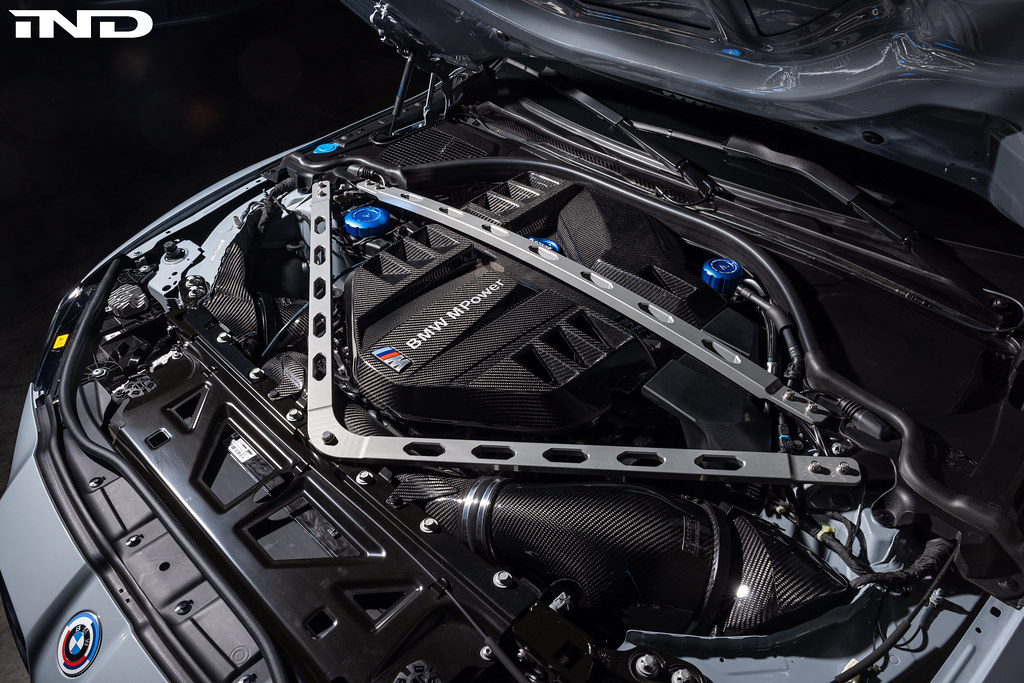 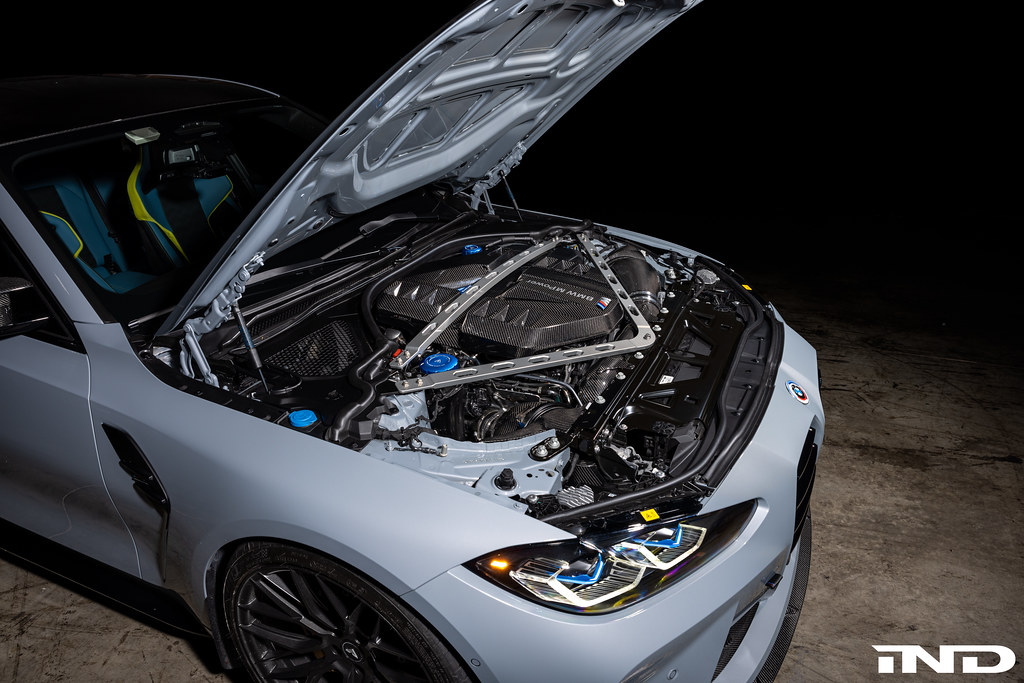 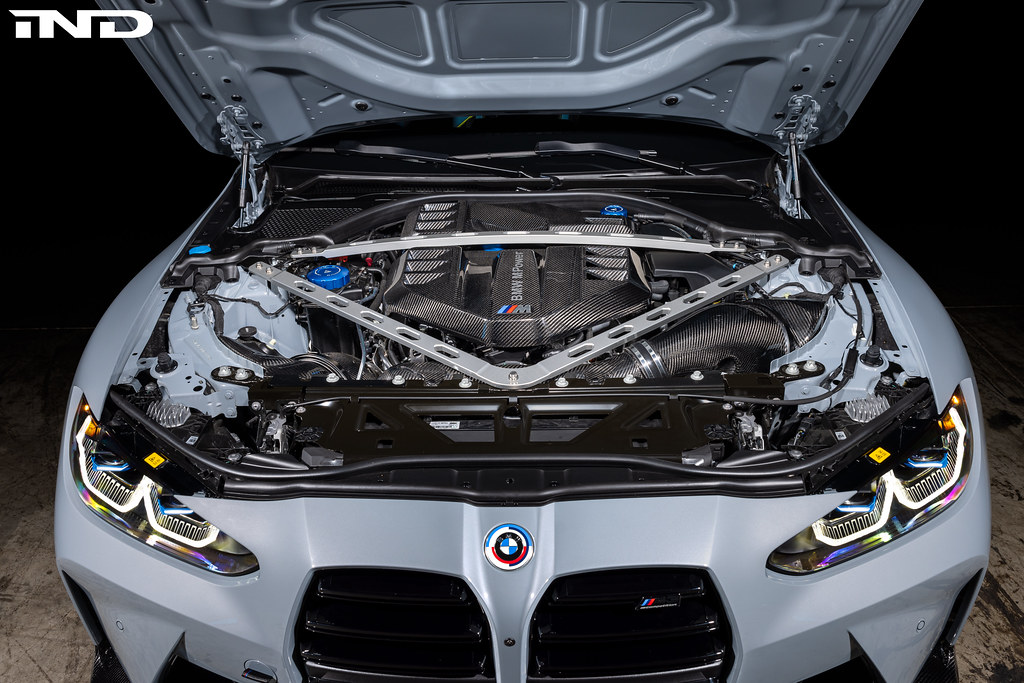 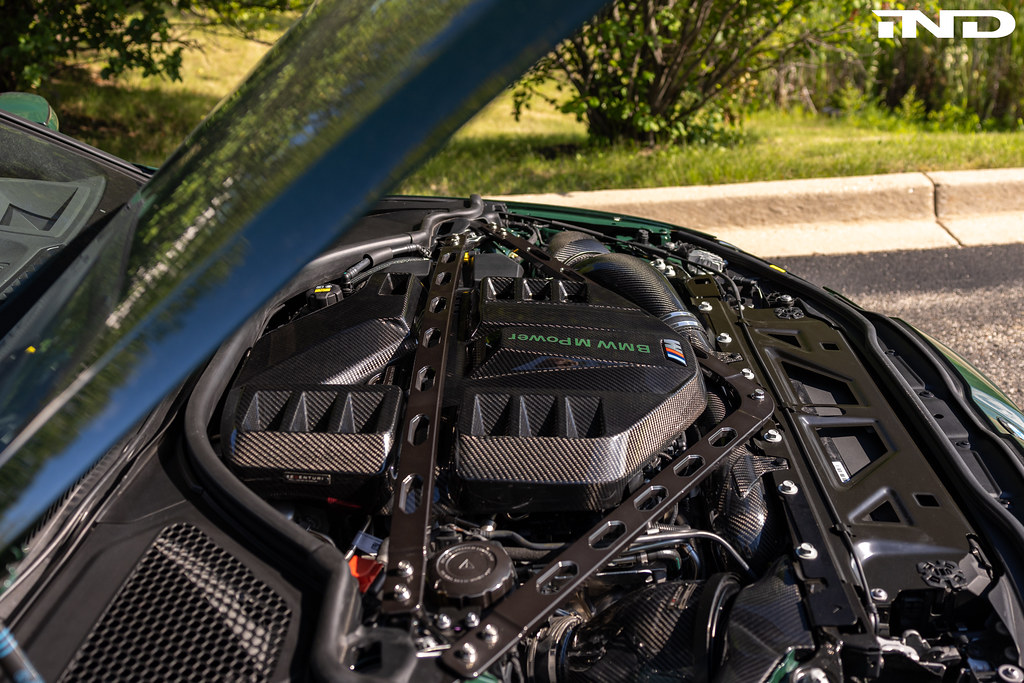 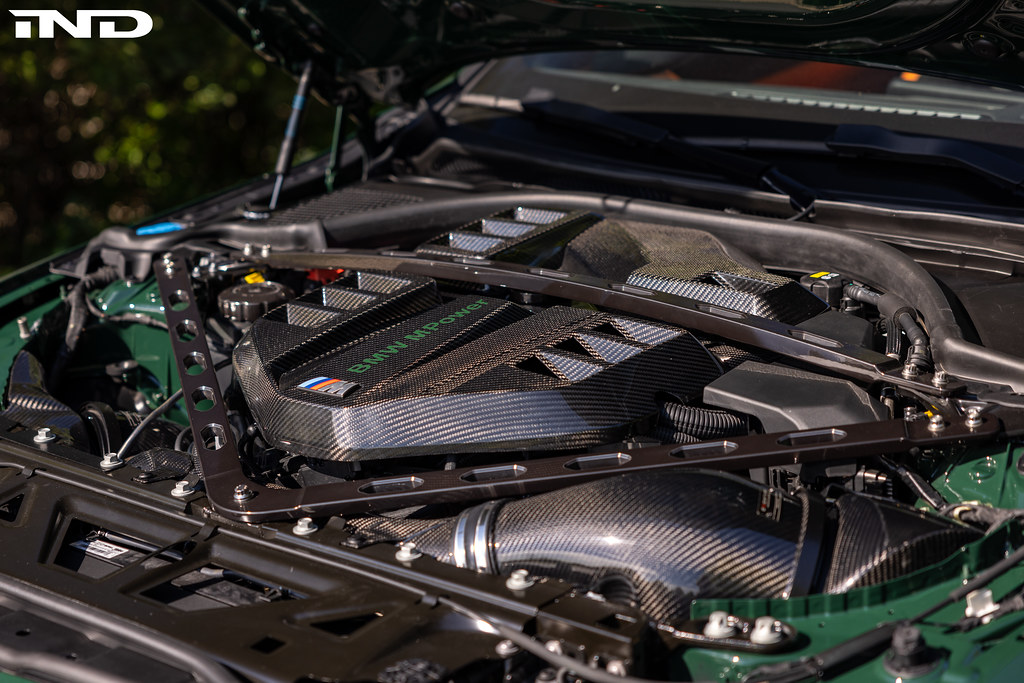