Fifteen years ago, IND Distribution opened its doors to a ripening BMW aftermarket here in the United States. Soon after IND’s introduction came the release of BMW’s own bombshell—the E92 M3. Indeed, the E92 M3 (and the sedan and convertible variants to follow) became a platform onto which IND would build its stellar reputation and make the brand a legitimate household name. Although much of IND’s work came with the advent of their signature cosmetic offerings, a large portion of their notoriety also came from forging strategic partnerships with other companies—in this case, Eisenmann Exhaust Systems.

Having been a mainstay in the BMW world for over twenty years prior, Eisenmann Exhaust Systems is certainly no stranger to BMW, but their distribution capacity within North America was unrealized. It was here that IND seized an opportunity to not only introduce Eisenmann Exhaust Systems to a new generation of enthusiasts, but also begin a working relationship to develop specific systems that would cater to uniquely North American demands.

When we began conceptualizing how we’d begin to celebrate IND’s 15th year in business, we knew there was one brand that we had to collaborate with—Eisenmann. The E9X M3 market meant so much to our success and, after all we’ve cumulatively learned since its introduction, it made sense to revisit the system with fresh eyes and create something special. The new system promises to be just as ferocious as the original, but with much less physical heft—over sixteen pounds has been shed in the effort. 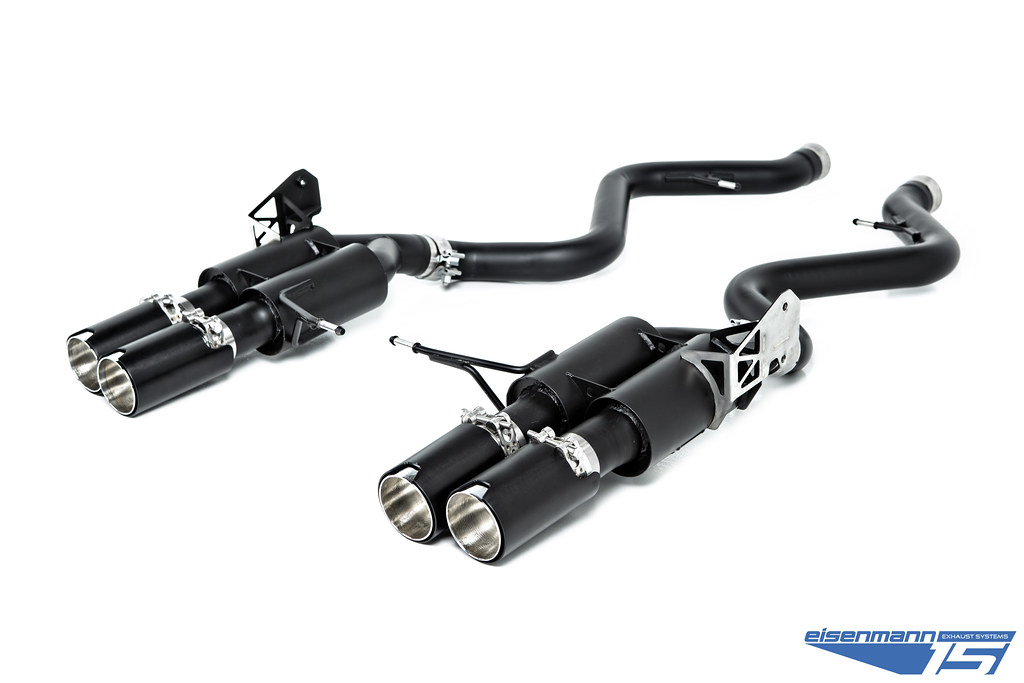 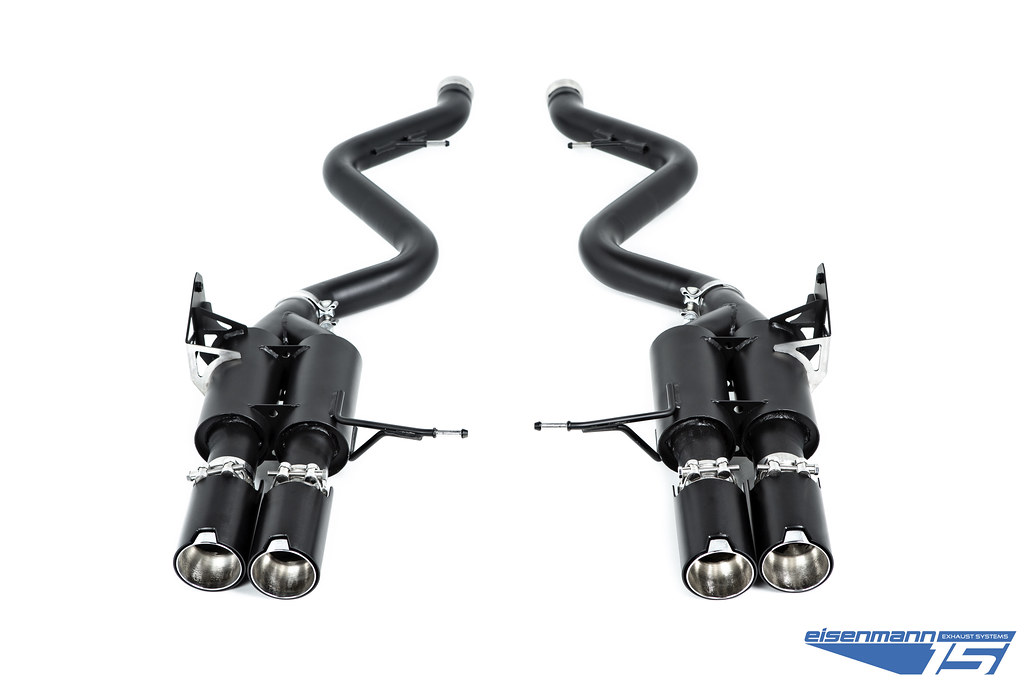 This diet is courtesy of a new approach to the E92’s exhaust canister design—the new units are substantially smaller and are mounted independently—allowing Eisenmann to take its weight loss even further by deleting the two cross pipes that conjoined the two original mufflers. Although a smaller muffler might warn of obnoxious tones to the uninitiated, Eisenmann has managed to reinterpret their signature sound while also maintaining performance—each canister is cleverly optimized with perforations throughout. The new exhaust absolutely sings with an OEM x-pipe and provides an emphatic brutality with an aftermarket mid-section.

Appropriate to its modernity, this special exhaust is also fashioned with Eisenmann’s modular tip system. Tip diameter has increased in the process: these new tips are 7mm wider than the original (90mm vs 83mm) and make for an altogether more striking aesthetic. To pair well with its exclusive Black Series exterior, both double-walled tip styles are available in black: Lemans (slant cut) and Signature (straight cut).

Exclusivity has always been paramount in the aftermarket world and this truly special incarnation is no different—only twenty-five units will be produced worldwide and each system’s badge is adorned with the inscription “One of 25” to celebrate the occasion.

As a unique celebration of our long partnership with Eisenmann Exhaust Systems, we at IND are excited to reinterpret one of Eisenmann’s most successful systems to date. As the saying goes, “never forget where you came from” and we couldn’t be prouder to ring in our fifteenth year alongside one of the most notorious names in the exhaust manufacturing business. 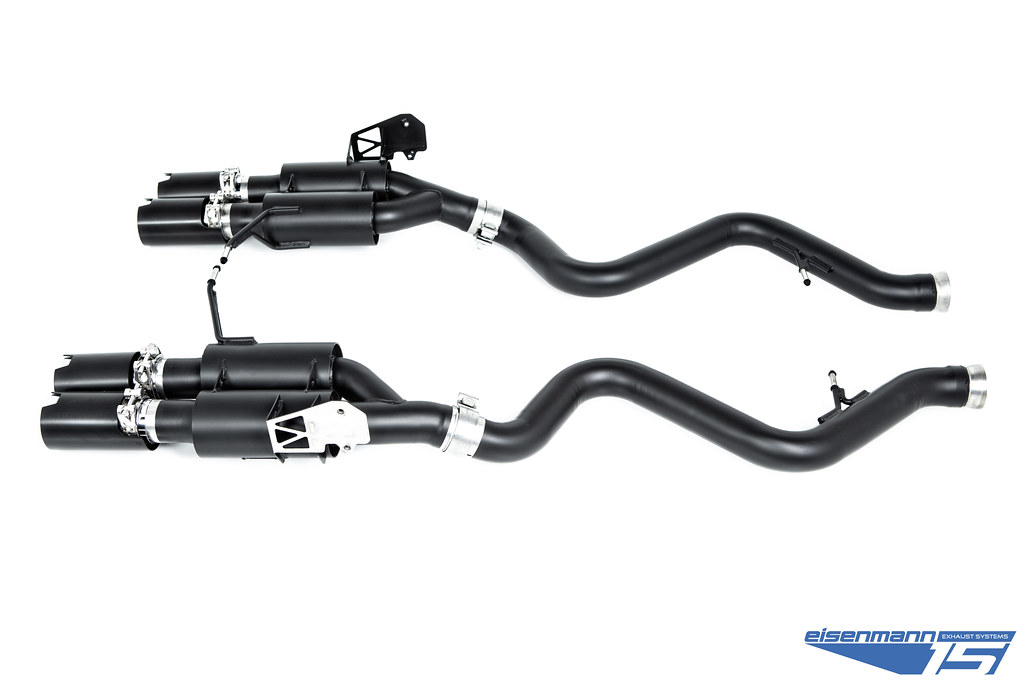 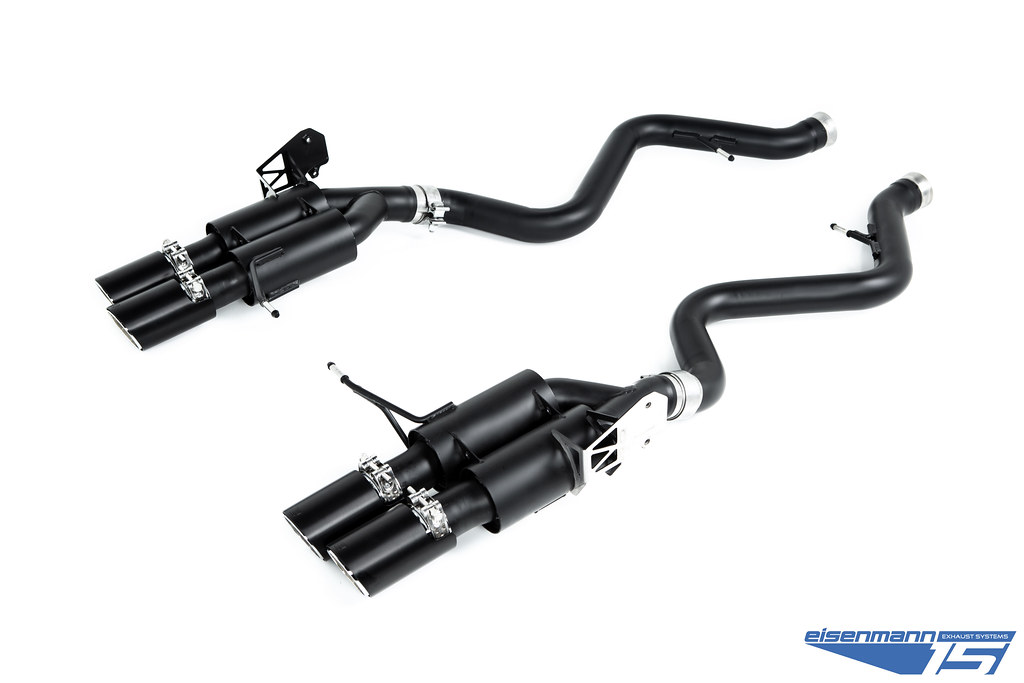 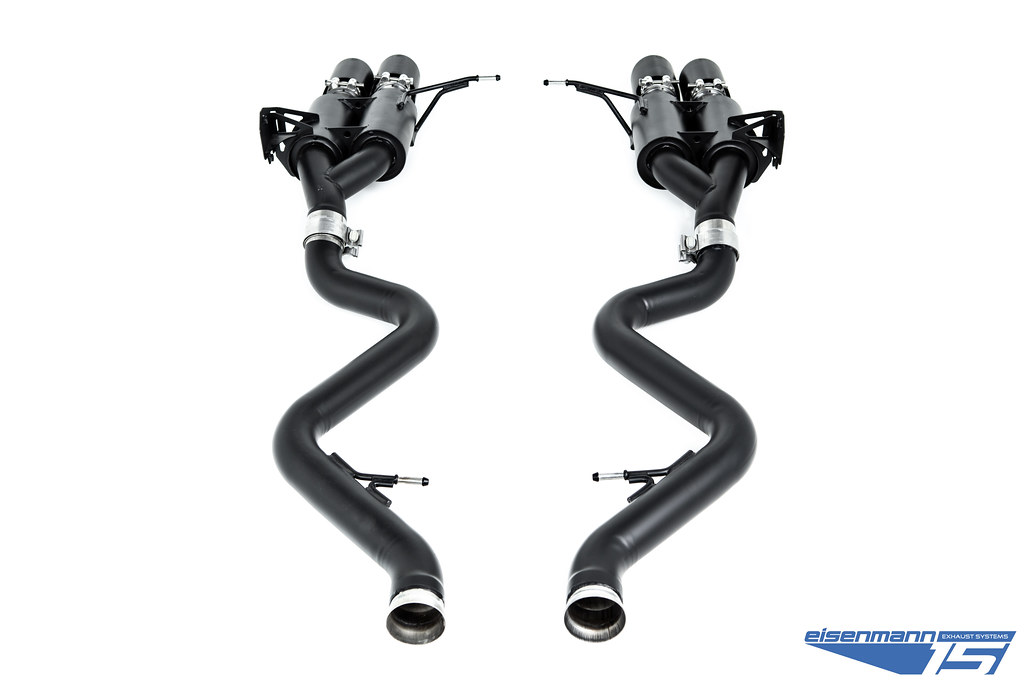 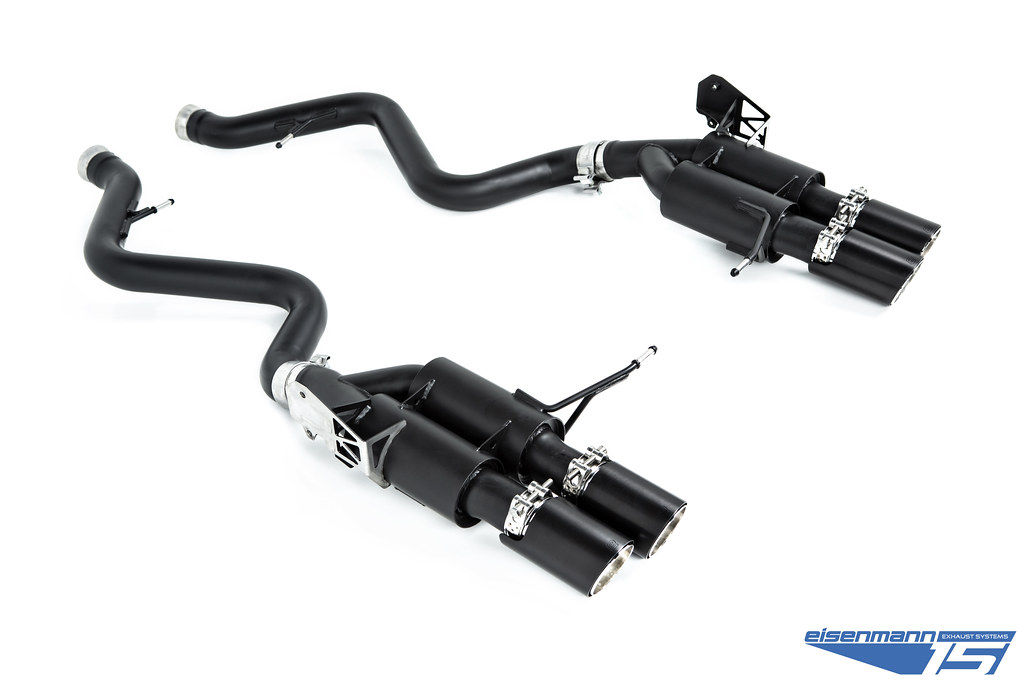