Now that the dust has settled, the sentiment toward the G8X M3 / M4’s driving prowess is clear: it is a beast of a car. Despite the vehicle’s curb weight, it dances around corners like an F87 M2 Competition. Largely, and no pun intended towards the front grille, the critics (and the enthusiast community) have come around to accept the car’s once polarizing aesthetics.

That said, this acceptance doesn’t mean there hasn’t been any room for improvement. And there’s no better to take on that challenge than 3D Design. At first glance, 3D Design’s effort seems rather restrained compared to some of its aftermarket rivals or even the likes of BMW’s own M Performance line. But take a closer look and you’ll quickly see that 3D has found beautiful ways to accentuate all the right dramatic cues in the BMW language and gently soften all the ones that could be perceived as incongruous. As a complete approach then, 3D Design’s G8X M3 / M4 Aero Program is a comprehension one: a carbon front lip, side skirts, rear diffuser, rear diffuser extensions, and trunk spoiler make up the bulk of it while a set of front under splitters and bumper canards provide a subtle, yet impactful shift toward a more emboldened, track-inspired fascia. 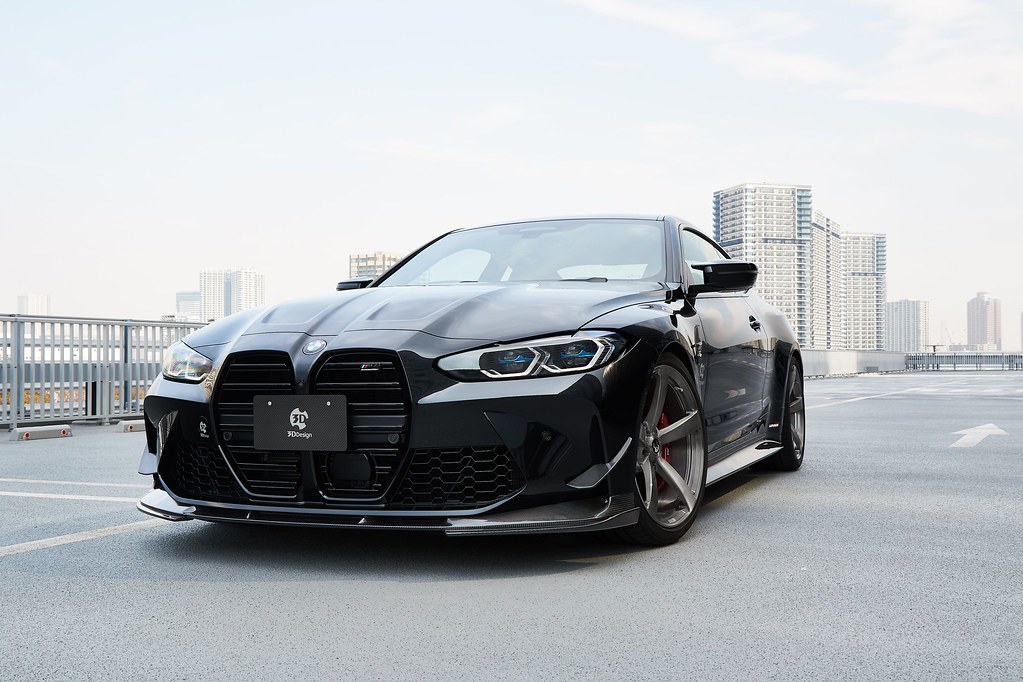 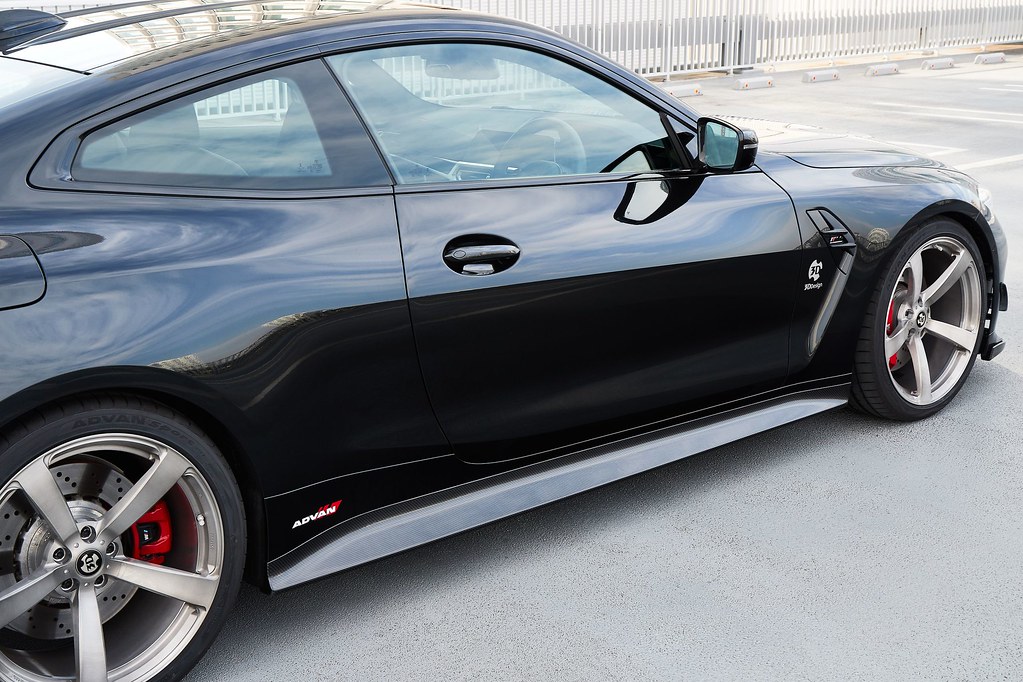 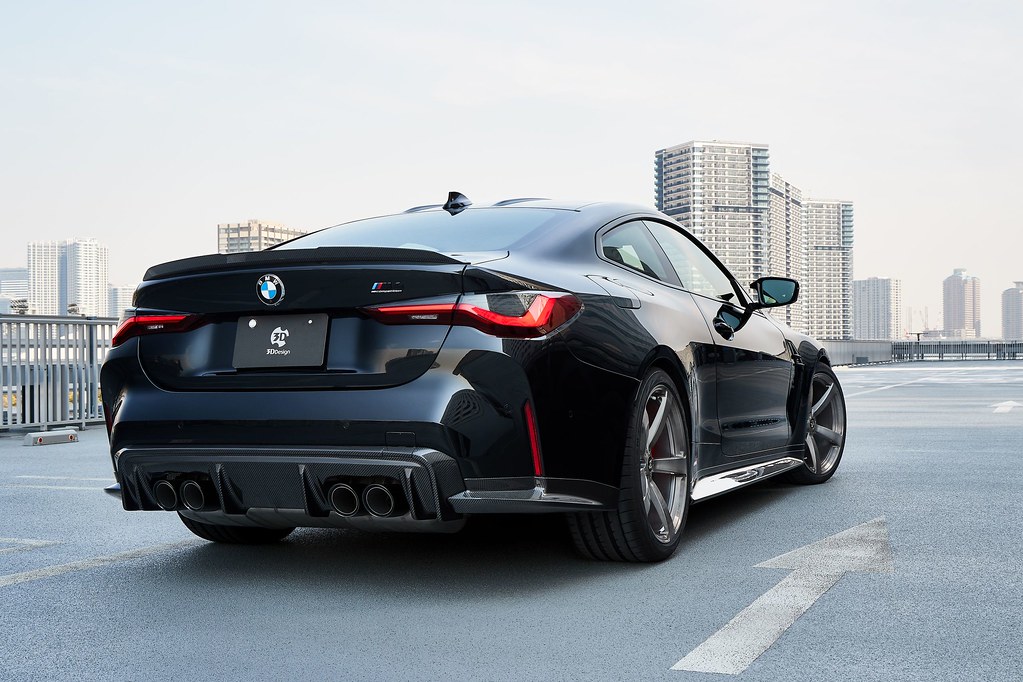 Speaking of the front, the G8X M3 / M4 takes on an entirely new character with the 3D Design enhancements. The lip, as is the case with so many of 3D’s products, looks as if it was simply destined to be there from the factory; the intricate design elements work so well to make the face of the car feel so much more complete, so much more balanced. With artisan precision, 3D Design’s front lip visually removes some of the factory bumper’s bulk at each end while its forward extension adds just enough visual flair without making it cumbersome to negotiate inclines. 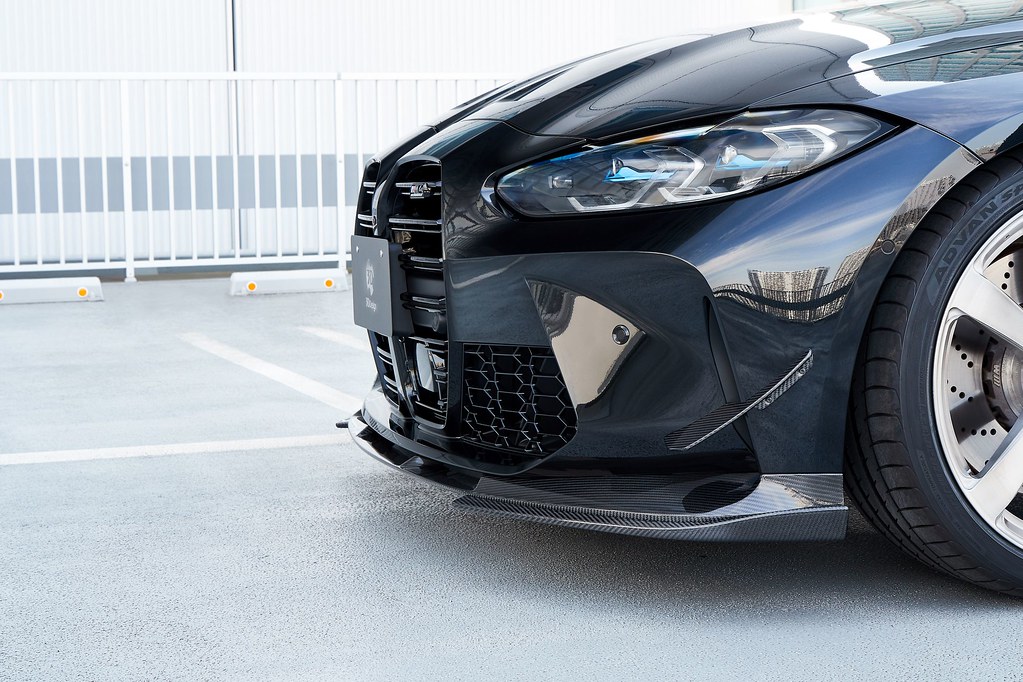 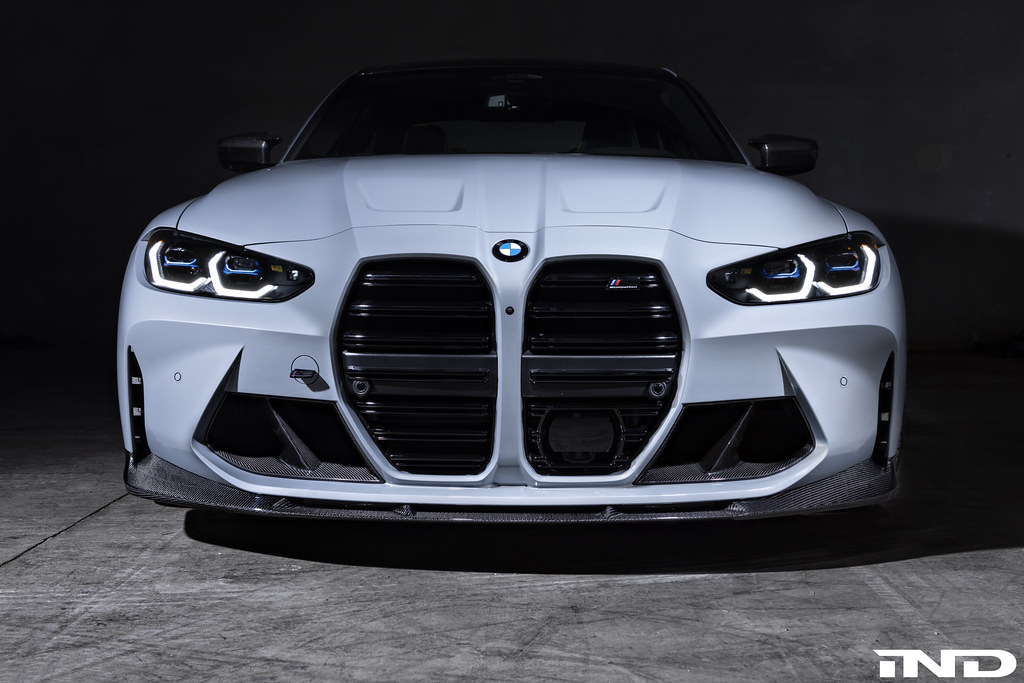 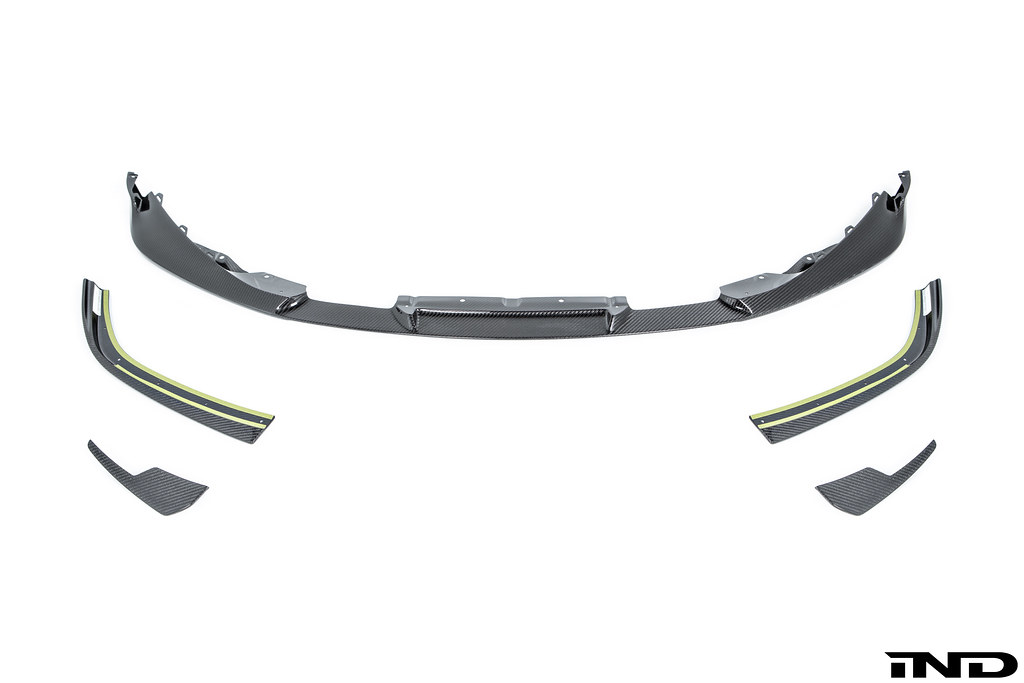 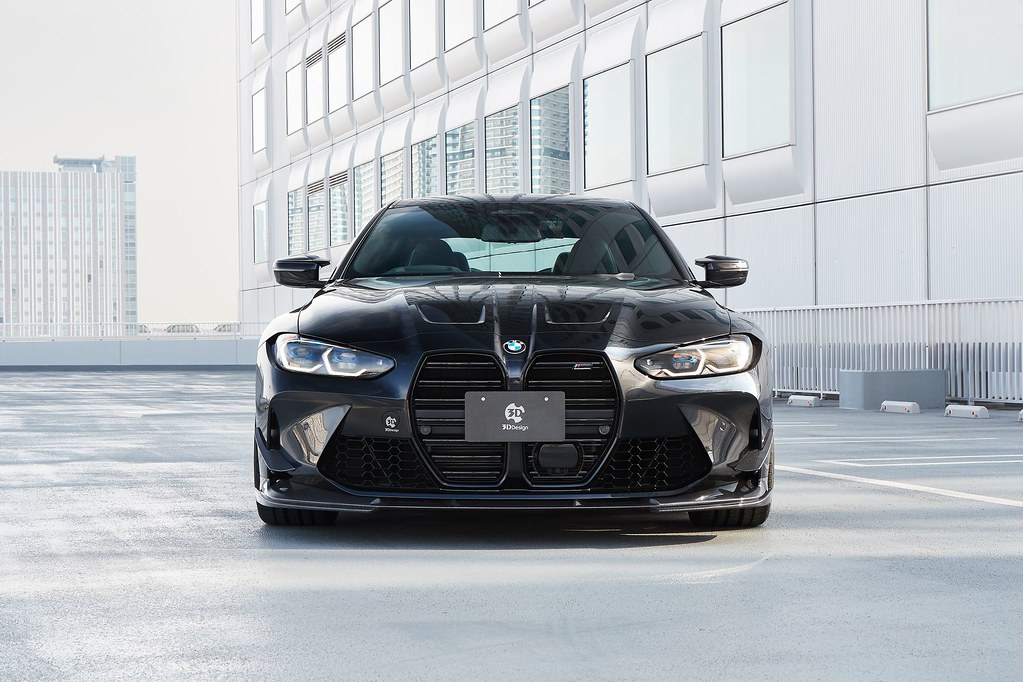 The side skirts and trunk spoiler carry a similar amount of intelligent design, acting as complimentary pieces that borrowing cues generously from the G8X’s body. They are intentionally subtle, providing contrast to the more expressive front and rear. Since there is ample space between the edges of the diffuser and where the exhaust tips protrude, 3D Design took to creating a more dramatic diffuser profile by adding additional fins. The result is much more visual balance from every angle. The rework also compliments the sculpted bumper cavities that house the rear reflectors rather well. 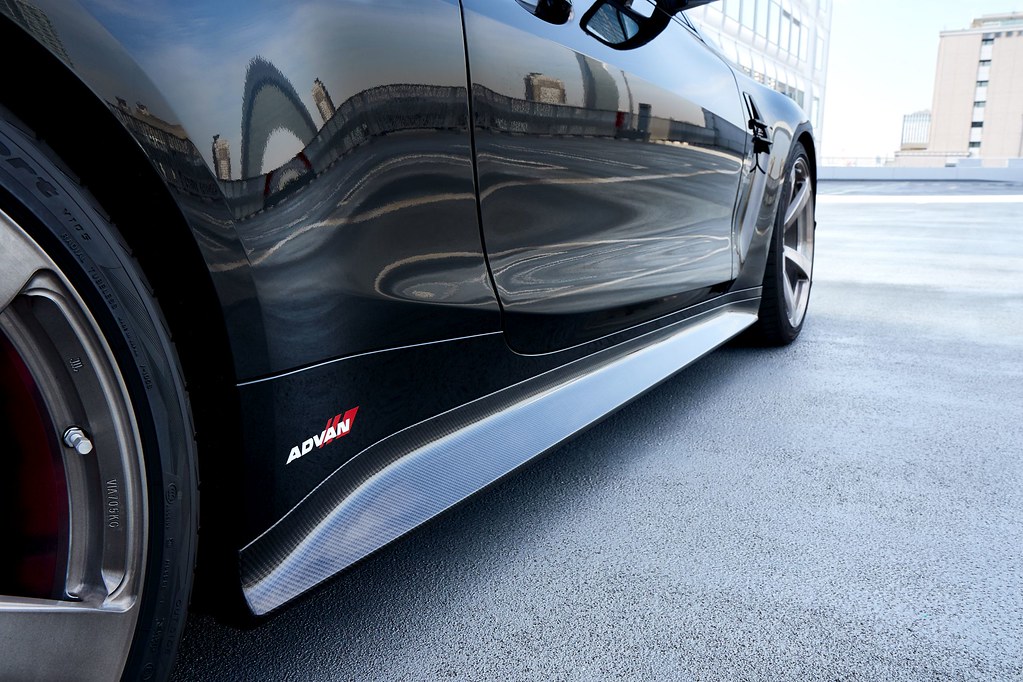 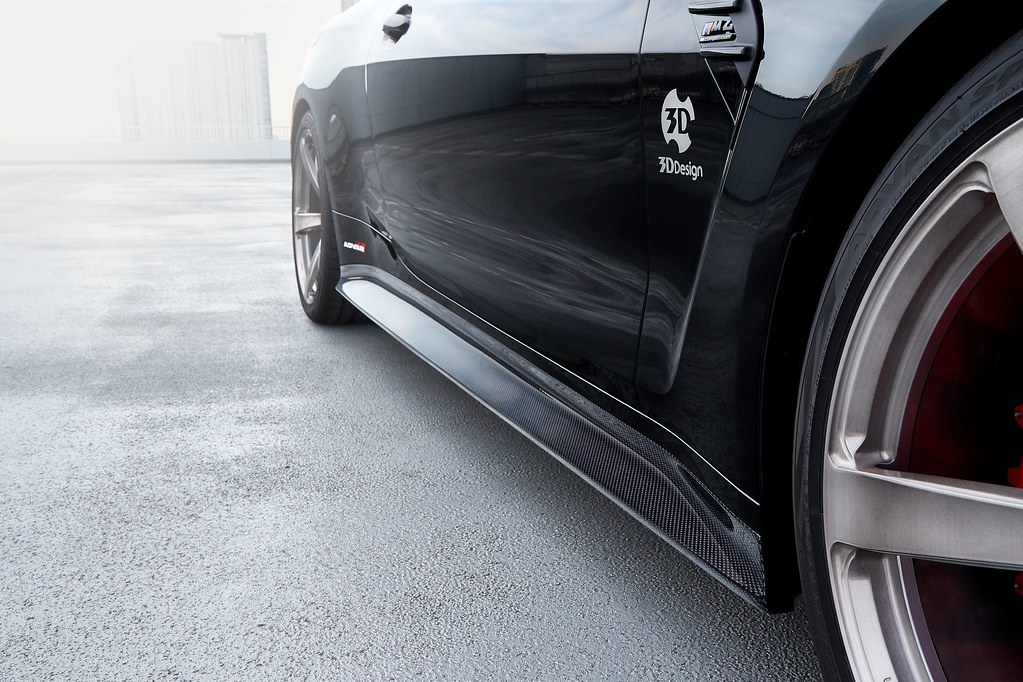 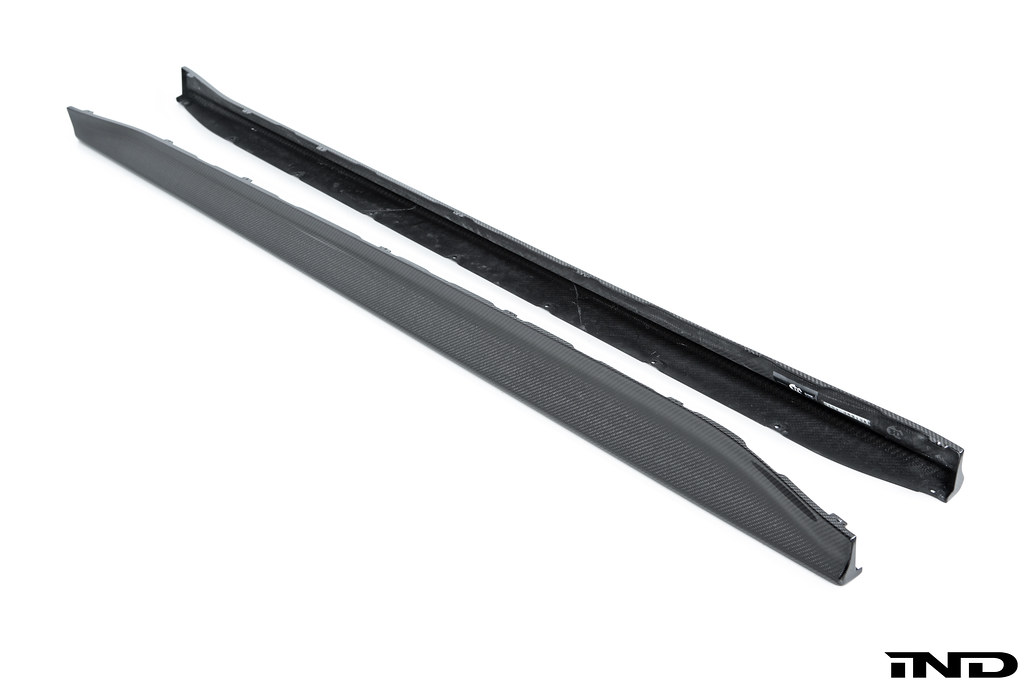 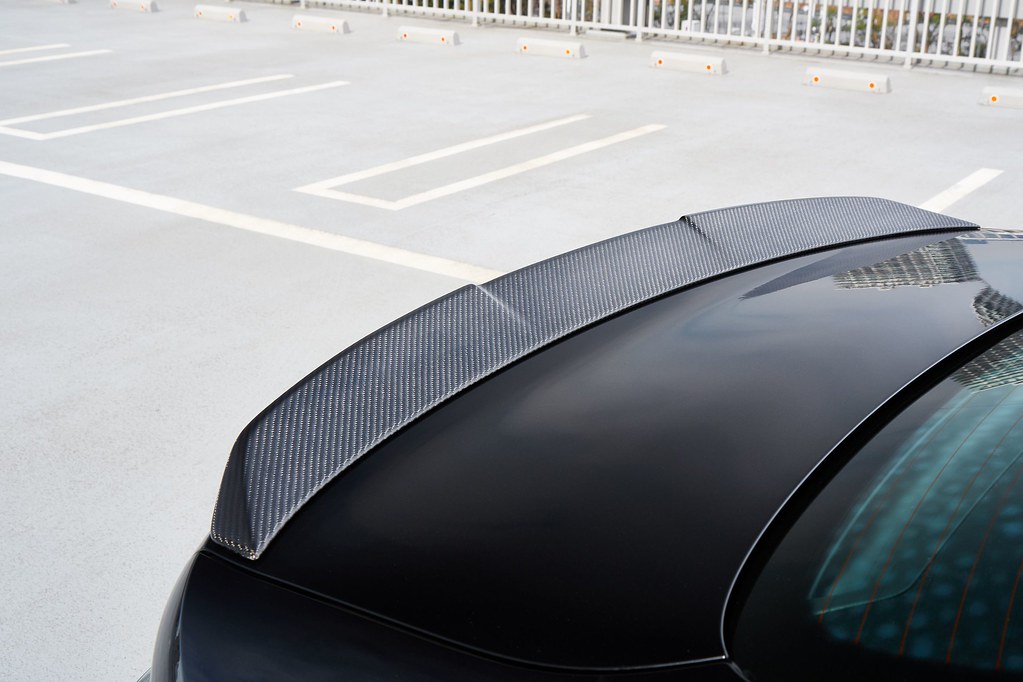 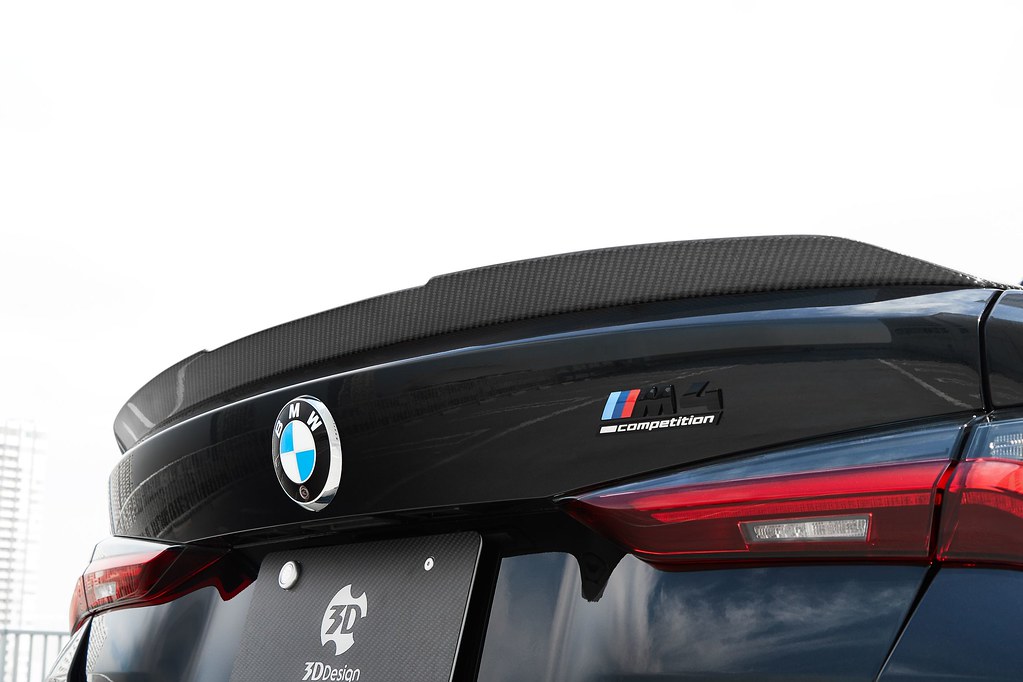 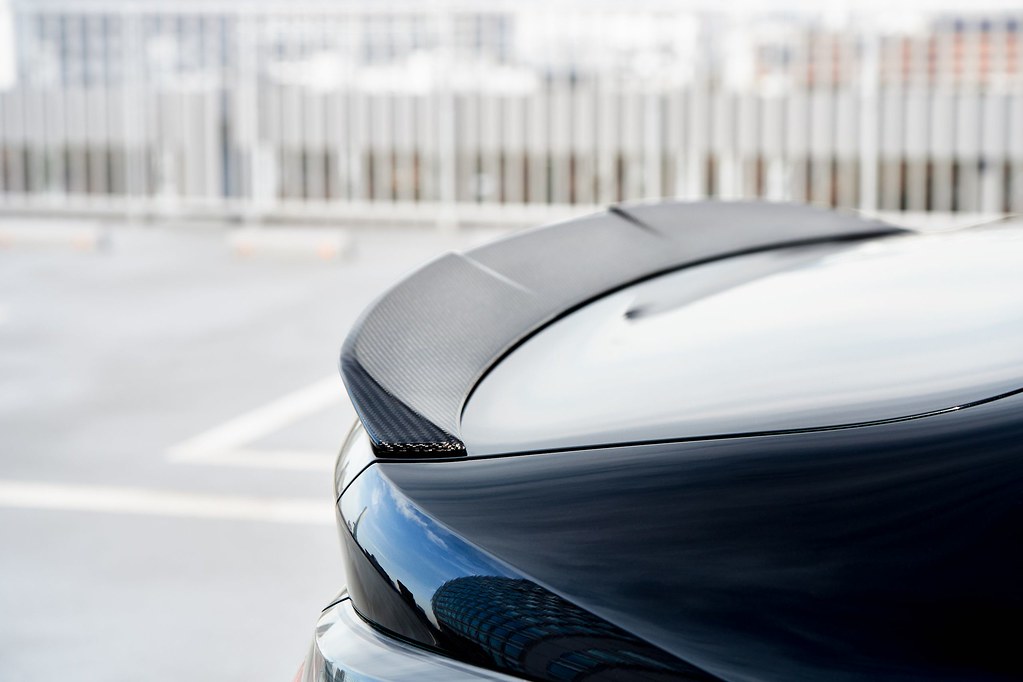 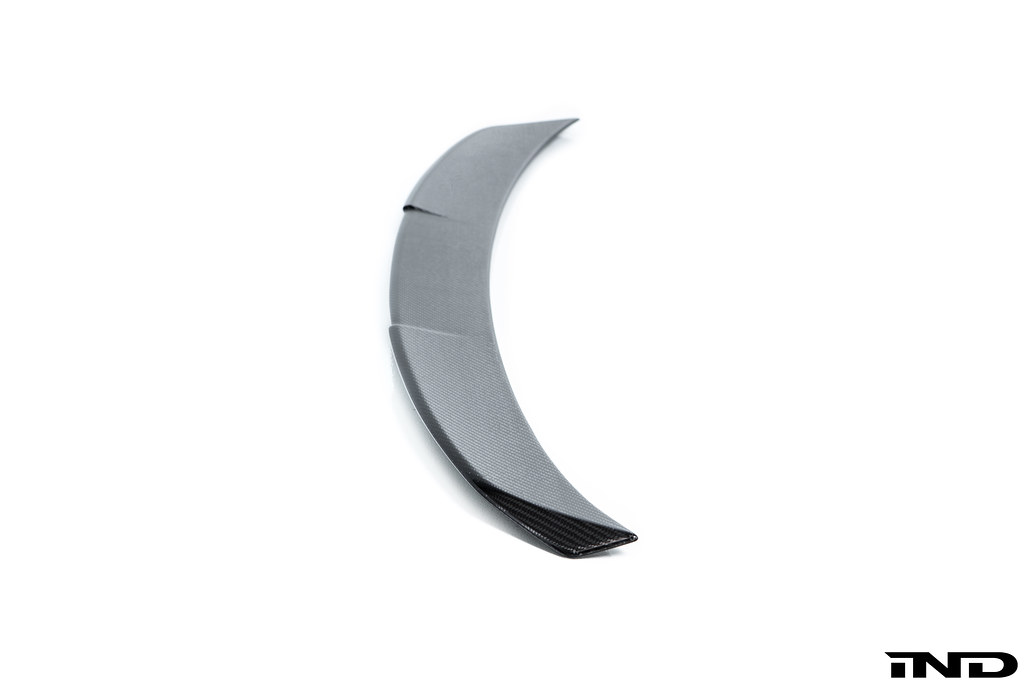 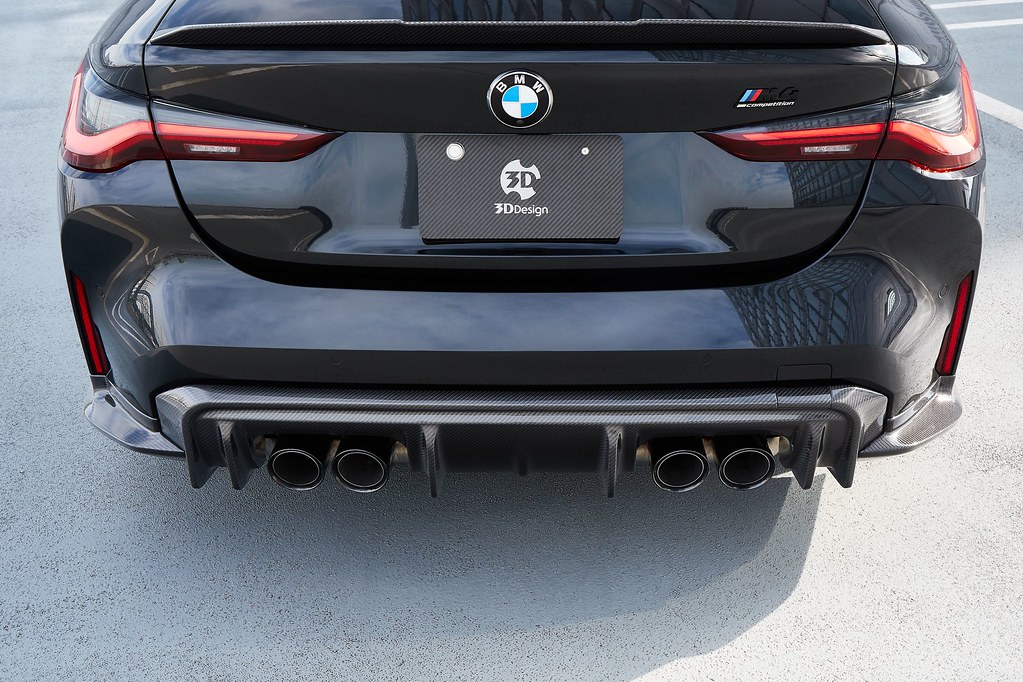 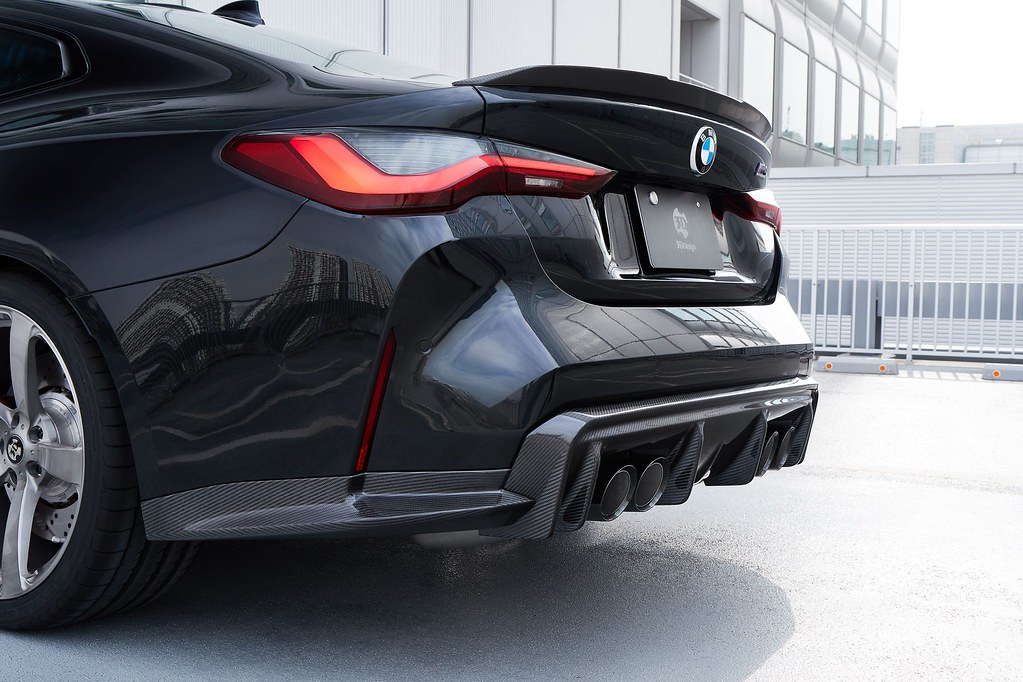 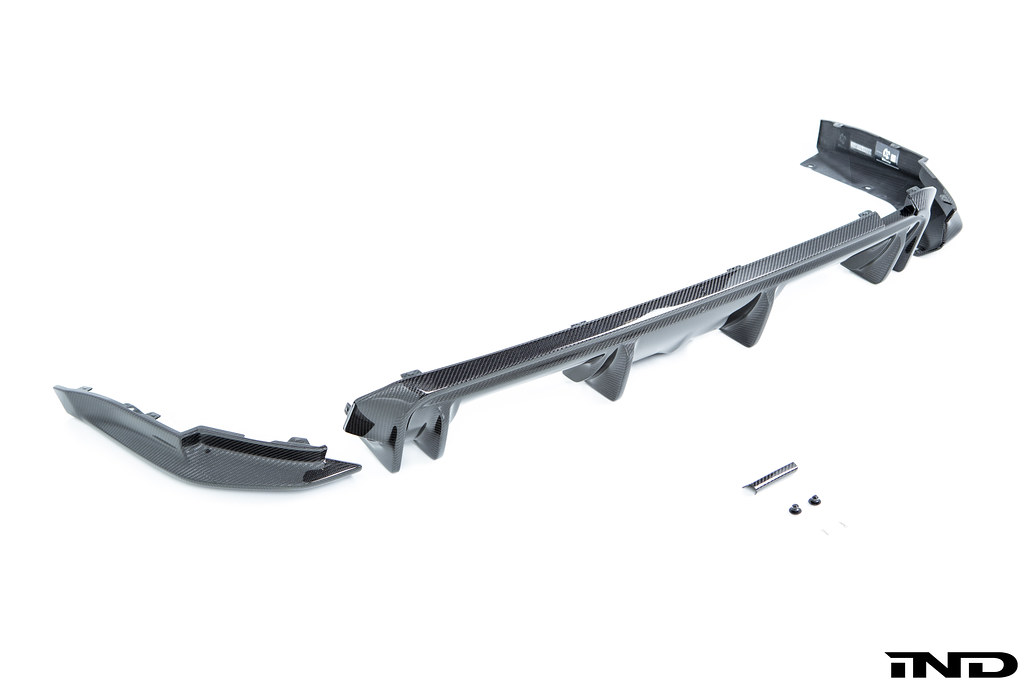 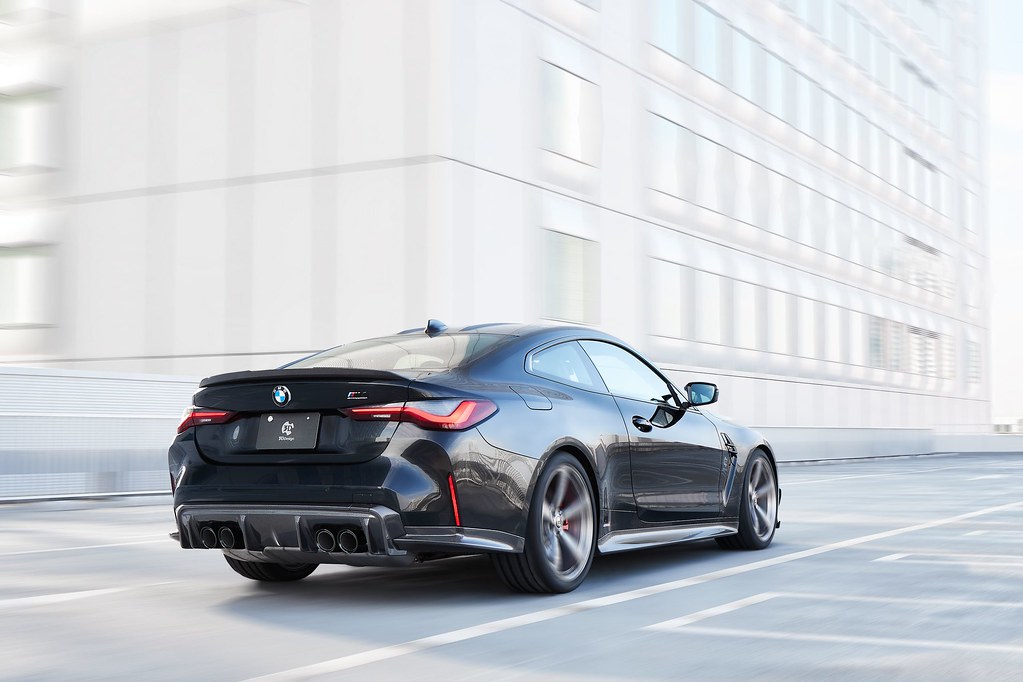 As you may expect, 3D’s enhancements continue inside with their signature pedals, key case, and sublime carbon shift paddle set.

In an age when G8X M3 / M4 owners could immediately fashion their new cars with M Performance carbon from the factory, companies like 3D Design represent a unique aftermarket niche of BMW fandom that we wholeheartedly adore. Indeed, the complete effect is nothing short of 3D’s yardstick—absolute perfection. The visual upgrade is only matched by 3D Design’s reputation for manufacturing to the highest imaginable standard. 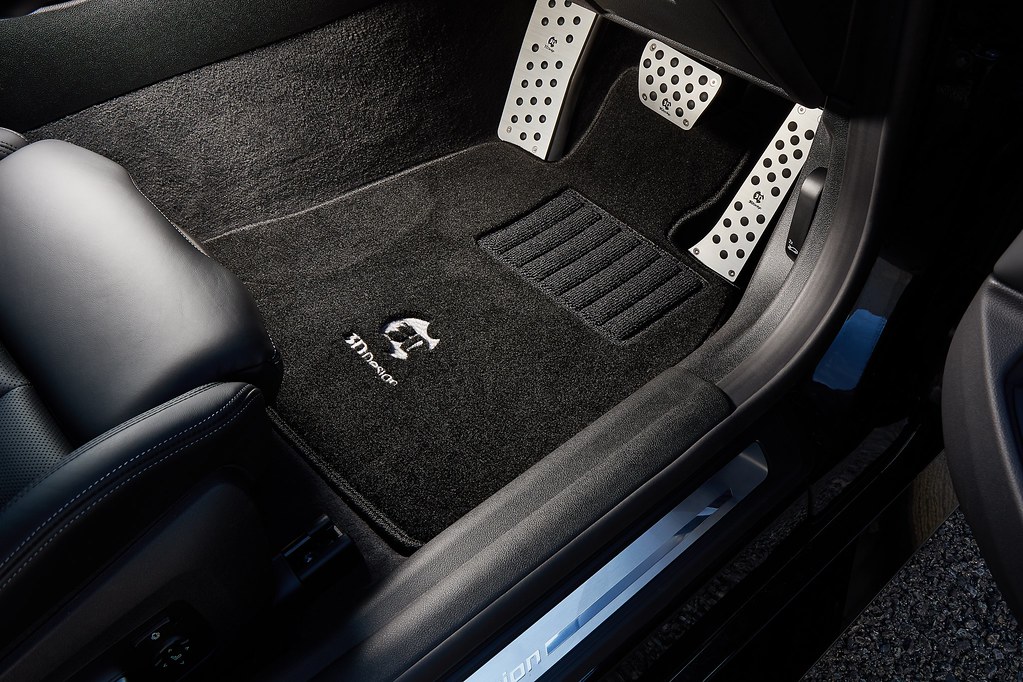 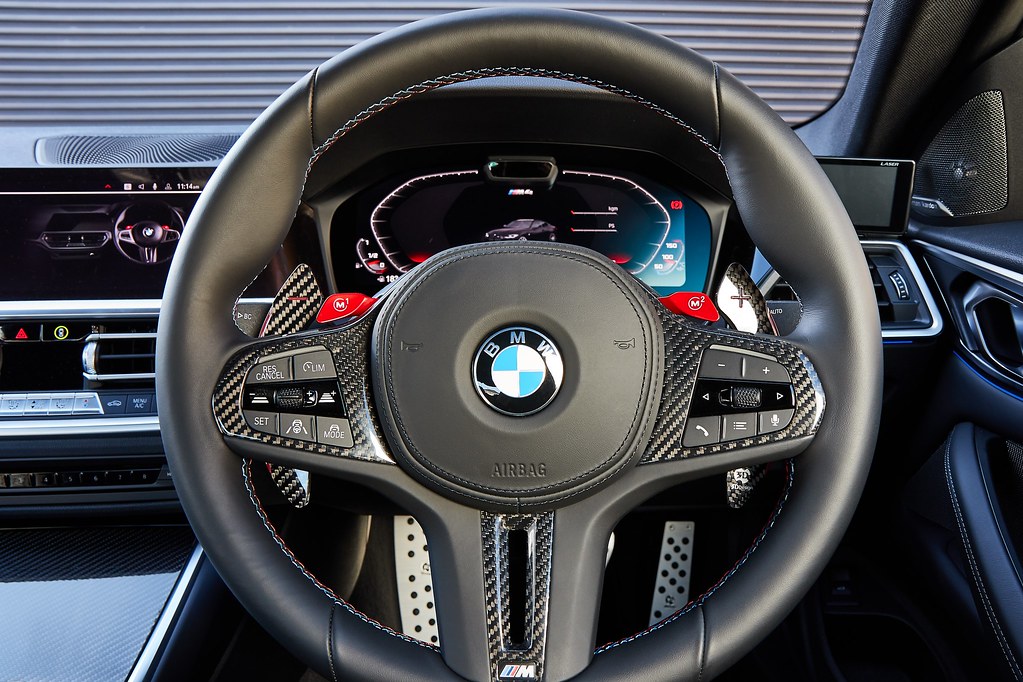 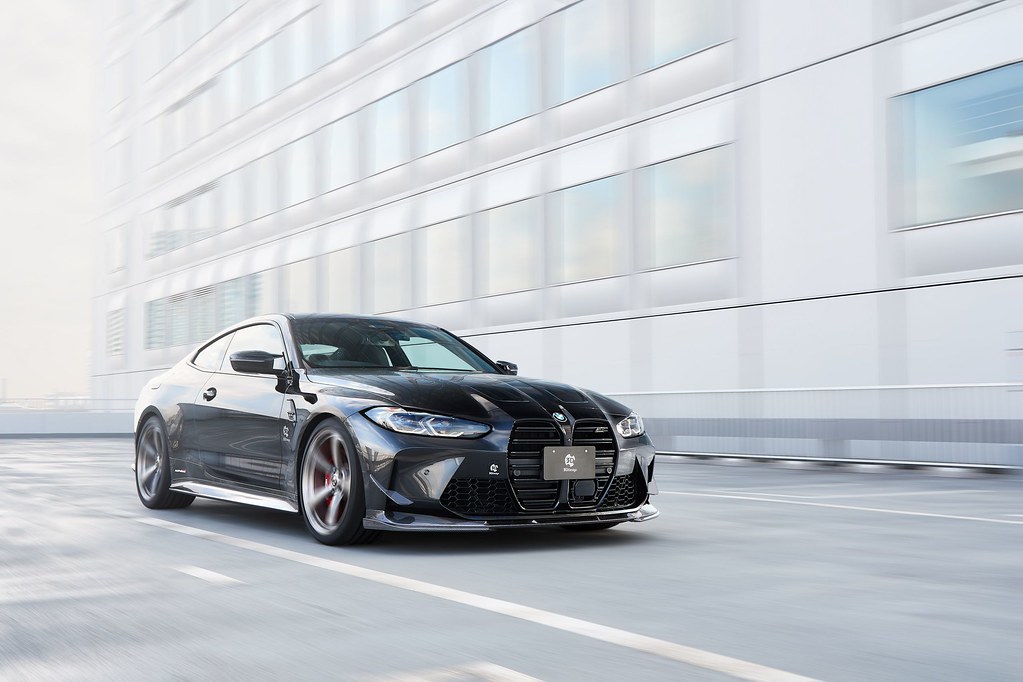