As the popular saying goes, there’s more than one way to skin a cat. In short, this means there’s a bunch of different ways to go about getting to an end result.

The same philosophy can be applied to the practice of manufacturing carbon parts. There are several manufacturers who have skin in the game nowadays who adopt very different methodologies to both their design regimen and the subsequent production process. The results, as they also say, may vary.

As a worldwide distributor of some of the world’s best carbon (3D Design), IND has had the privilege to quite handily distinguish the difference between their products and many others. Working with 3D Design has also lent us a keen and discerning eye in shaping what has now become RKP—adopting techniques that brands like 3D have made their cornerstones (i.e. 3D laser scanning and access to premium aircraft-grade materials amongst others) and pairing them with intelligently crafted designs, meticulous prototyping methodology, and employing long tenured carbon artisans who hand lay the carbon sheets for each part. 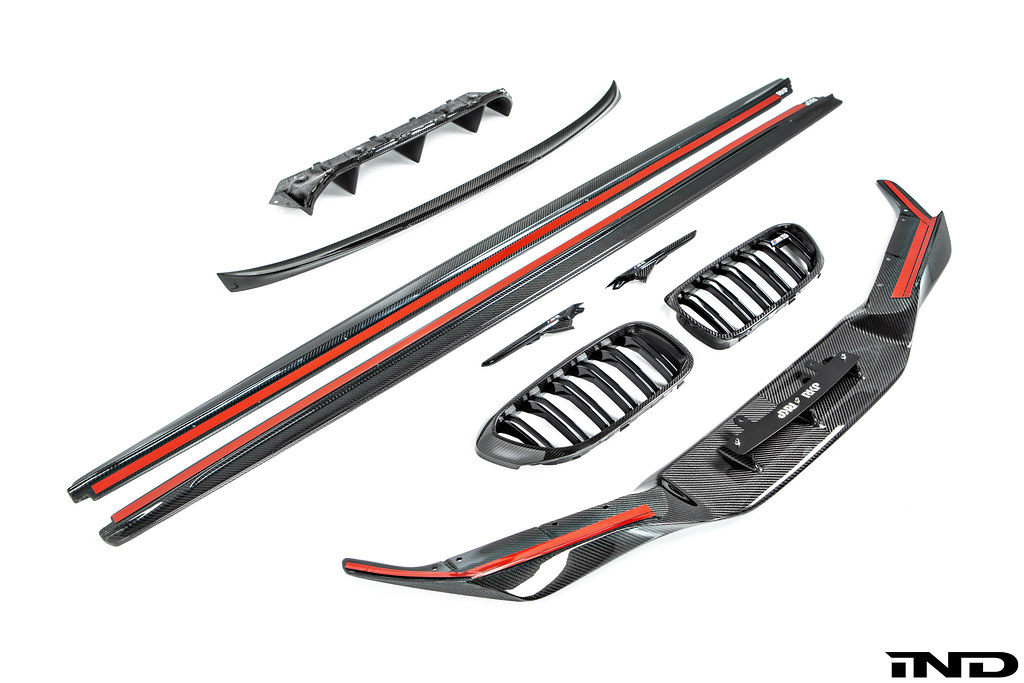 The F90 M5 is a platform that demands quality. It is, by far and away, the most refined sports saloon that Bavaria has produced, without sacrificing an ounce of shock and awe when you put your right foot to the floor. It’s one of the few cars that, right out of the gate, can make your audibly squawk from the third gear pull, or make a mess out of those plush, Nappa leather two-tone seats. But I digress.

Quite literally because of its formidable prowess, there was pressure to not only meet, but also exceed expectation with the RKP F90 program. Immediately after taking delivery, development began and early mornings were met with late nights putting pen to paper and paper to prototype.

Our diffuser was the first piece we introduced in our RKP F90 program. The OE BMW diffuser seems more like filler, a timid something to fill a cavity between two exhaust pipes. By sharp contrast, the RKP unit is rather self-assured, making no apologies for its pronounced trio of carbon strakes. From the side, a small sliver of carbon—just a quick nod to let you know there’s something very special around the corner. Paired with an aftermarket exhaust, the rear of the car takes on a much more menacing presence. 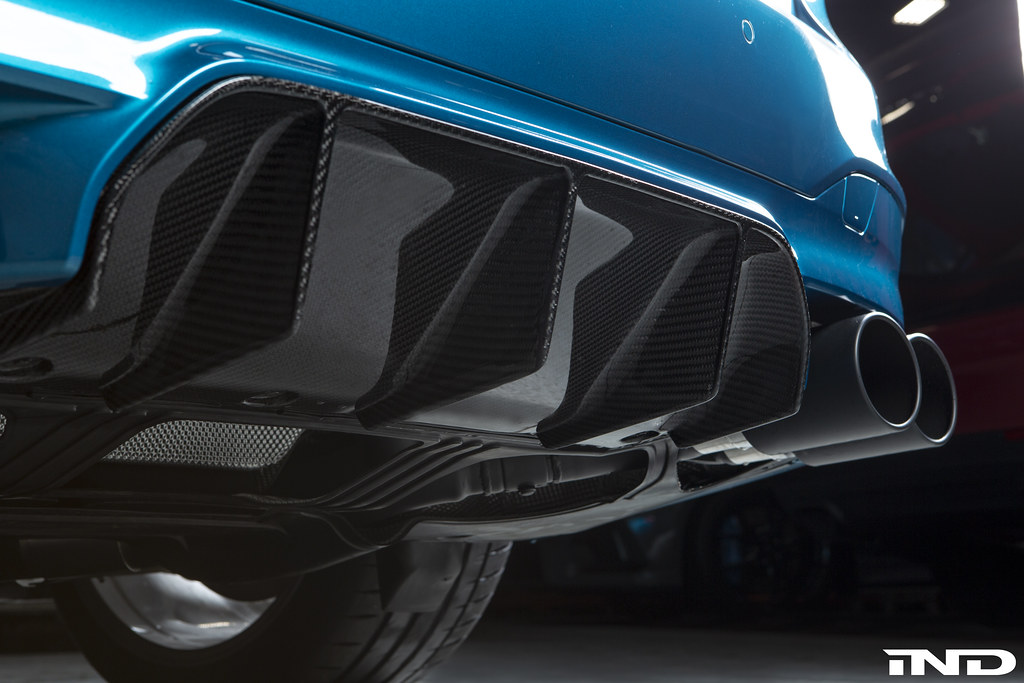 Next came the introduction of several other pieces—perfect cosmetic compliments to our diffuser in the form of carbon front and side grilles and a striking, new front lip.

The front fascia design is one of the boldest our team has birthed to date—one that is be unmistakably RKP. The M5’s bumper shape is unlike anything BMW has released to date and while it presented some challenges, also gave RKP a fresh canvas to draw upon. The ends of the M5 lip taper subtlety (and beautifully) into the factory bumper’s ends, allowing your eyes to linger upon the dramatic center section. Indeed, the center channel is a beauty to behold—the lines compliment the OEM bumper grille and works to channel air to where the M5 needs it. 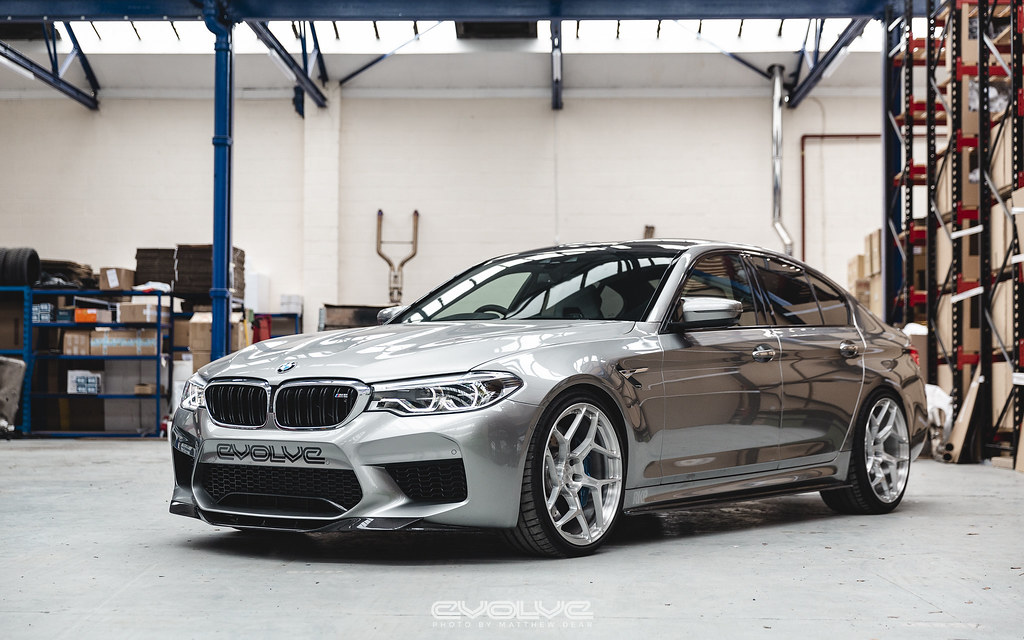 As a proverbial cherry on top, RKP’s new side skirts have really stunned us. While we knew the M5 variant would take on the saloon’s finer body line details (akin to their ever popular F80 M3 set), we weren’t prepared for just how incredible they’d look on the car. They add the perfect amount of aggression to the body—something that really accentuates the M5’s Autobahn-storming demeanor. Not to rest on their laurels, RKP has also managed to integrate a Kevlar underpinning into the skirts, which helps them stand up to unexpected road debris over time. A really nice touch.

As aforementioned, there is more than a single way to skin a cat. But RKP’s approach is one that we have to really admire here. We like the aero program so much that we’ve recently decided to afford it up as a complete package to make it easier for more F90 M5 owners to enjoy RKP’s latest masterpiece as a suite. 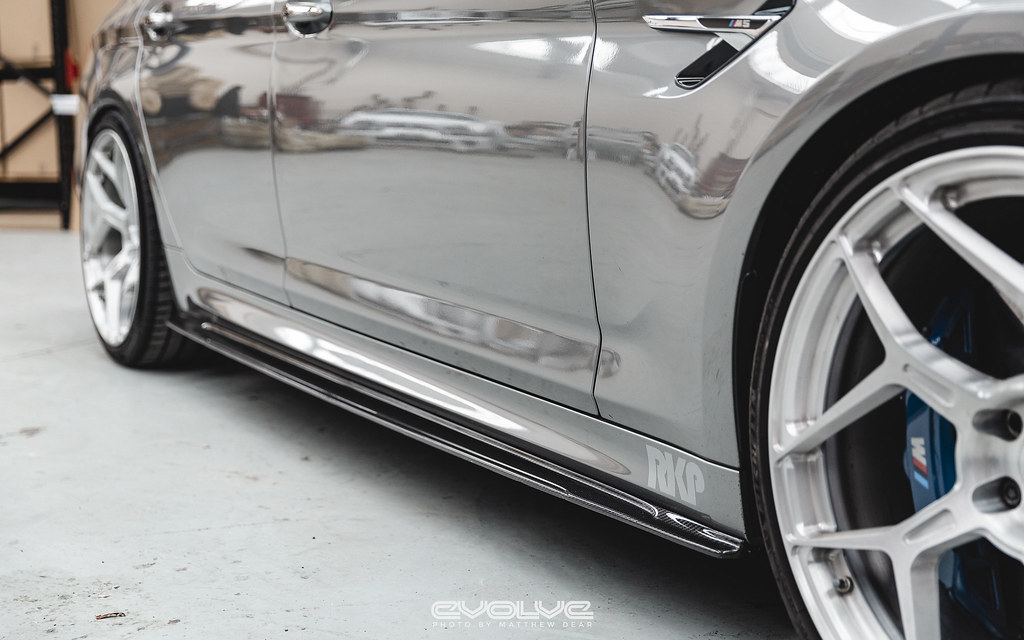 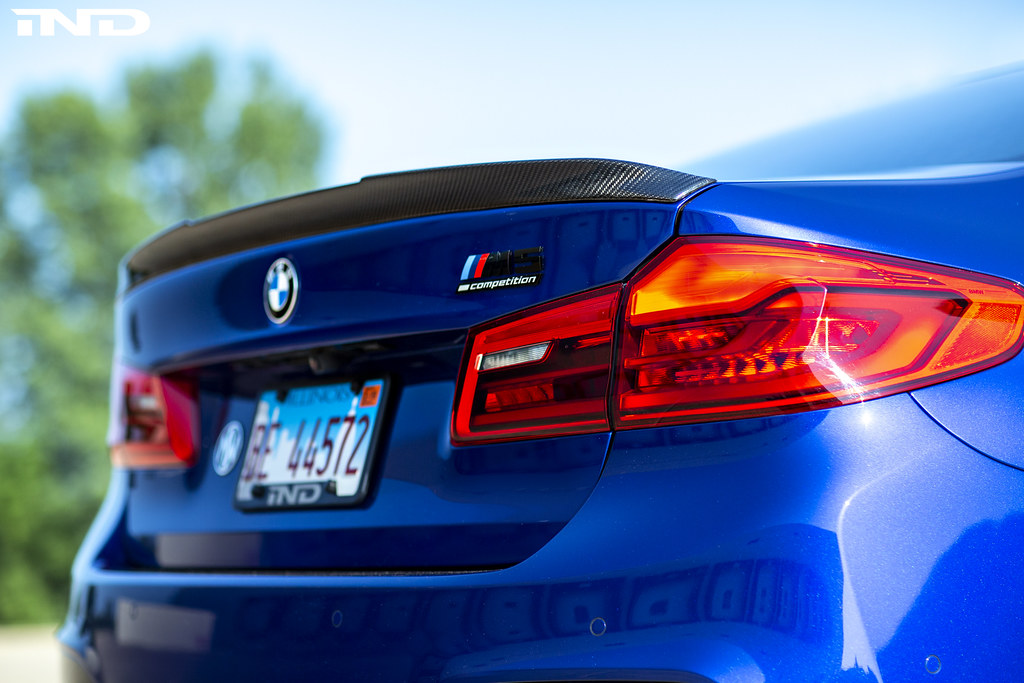