As the old saying goes, “it’s what’s inside that matters”. In the case of modifying cars, the interior can get overshadowed by more flashy exterior enhancements, but it has to be said that some of the finer details of a car build happen inside. Indeed, we spend a majority of our time behind the driver’s seat and, whether we’re conscious of it or not, are immersed in tactile and visual experiences that can make the car feel that much more special. BMW has always been a huge proponent of ergonomic, driver-centric design. But despite this effort, they’ve been rather negligent in one area: shift paddles. We looked at our inventory and decided to do a head-to-head comparison for F8X owners who might be on the fence—let’s dive into it: 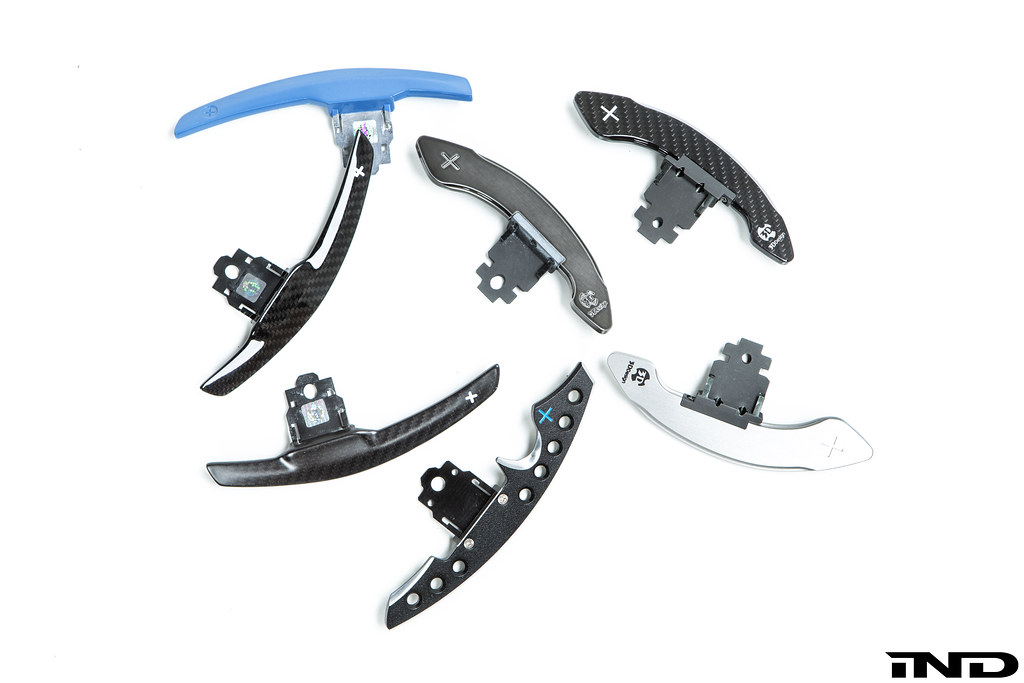 3D has always been the crème de la crème of the BMW aftermarket world. The fit and finish of 3D’s exterior components are fittingly matched by interior appointments of their own creation and their shift paddle offerings are easily some of our favorites. 3D Design’s signature paddles are made from CNC milled billet aluminum which gives them a sturdy, confidence inspiring feel and satisfying “ca-chunk” when you give it a pull. The design is both beautiful and ergonomic as well, offering a generously ridged surface area for your fingers and prominent up / downshift callouts. 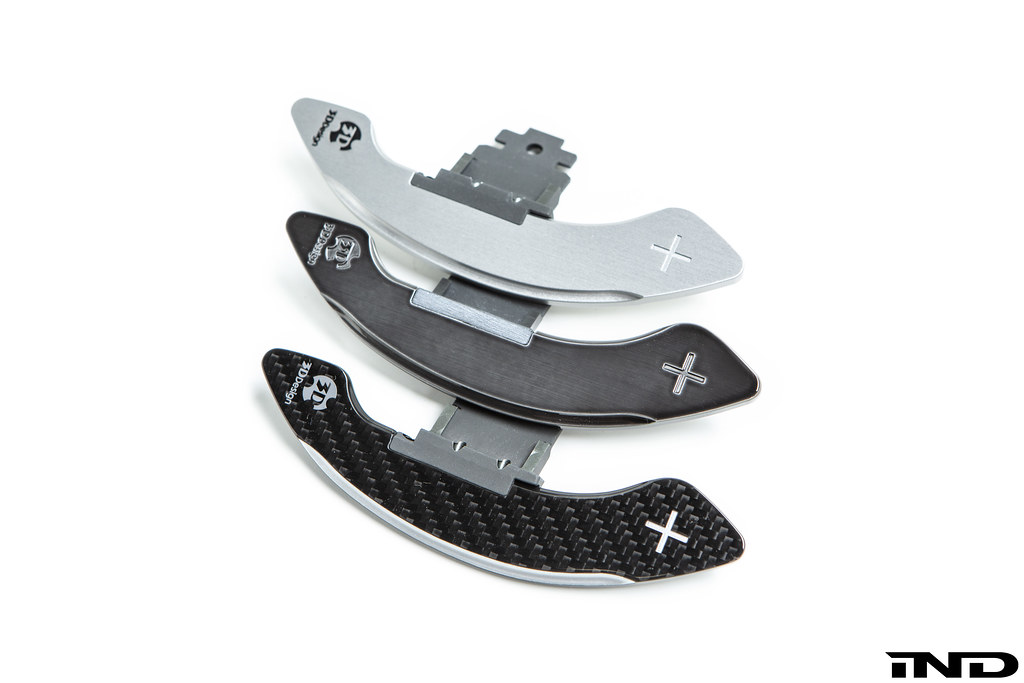 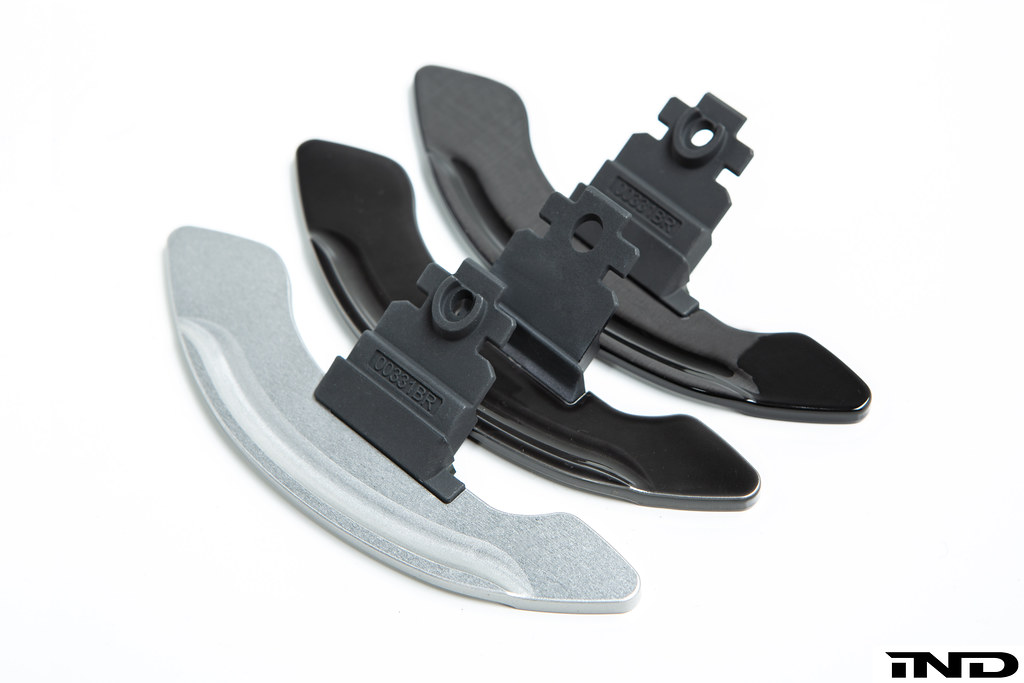 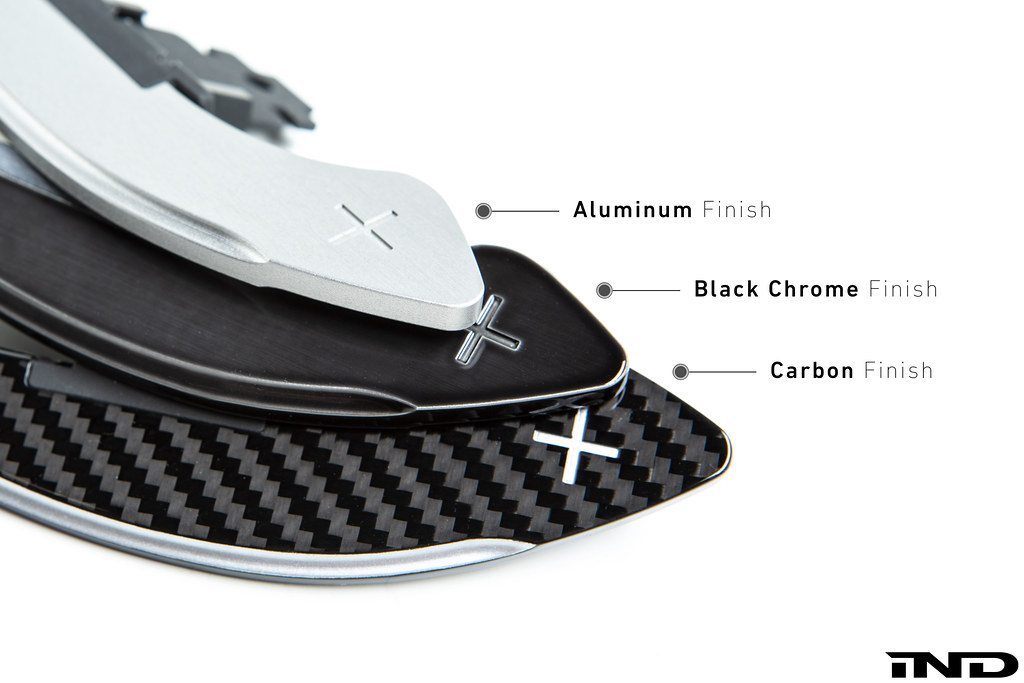 Although the proportions of each 3D Design paddle are the same, the weight between them varies. As you’d expect the carbon variant is the lightest of the bunch, packing a 36.0g punch versus its 50.0g aluminum counterpart. 3D also offers the carbon paddle with a splash of red accents as well, which is a nice pairing with a red start / stop button. 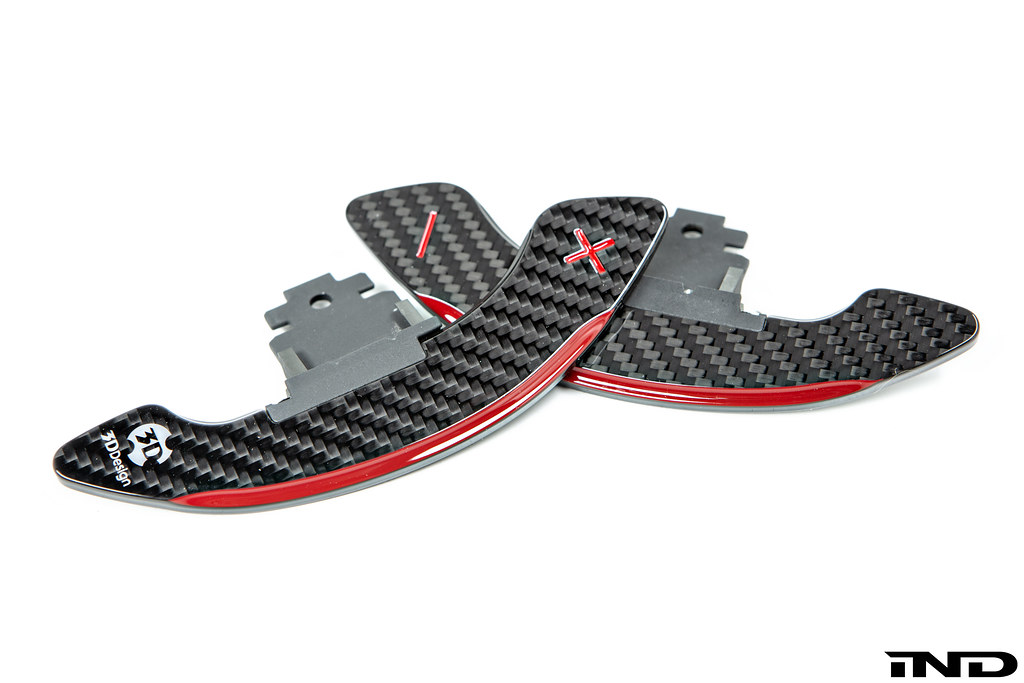 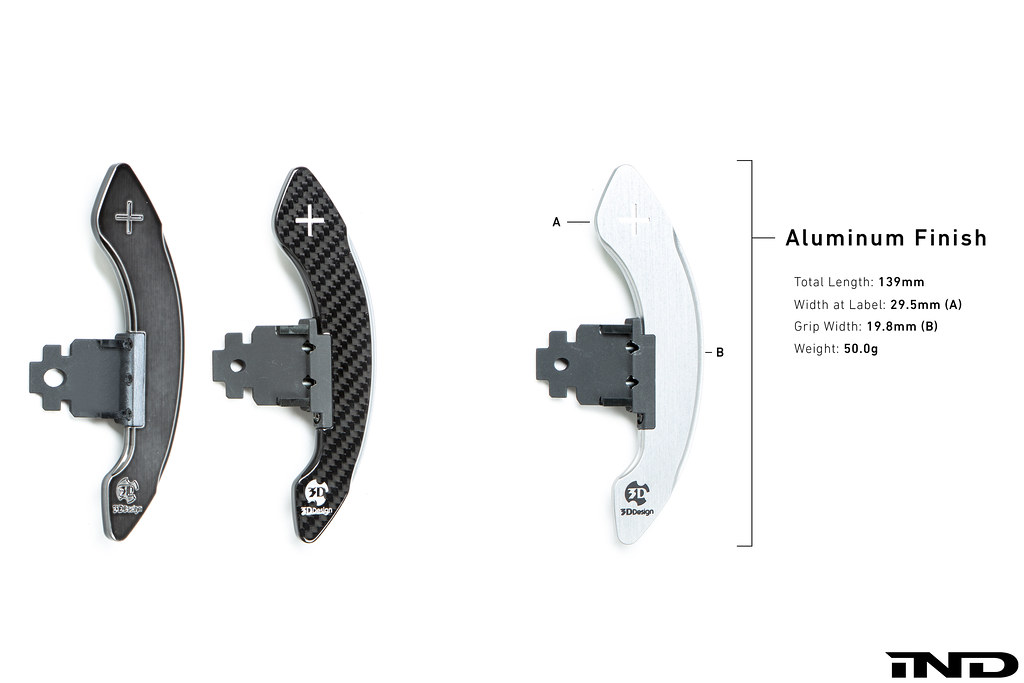 By the Numbers: 3D Design 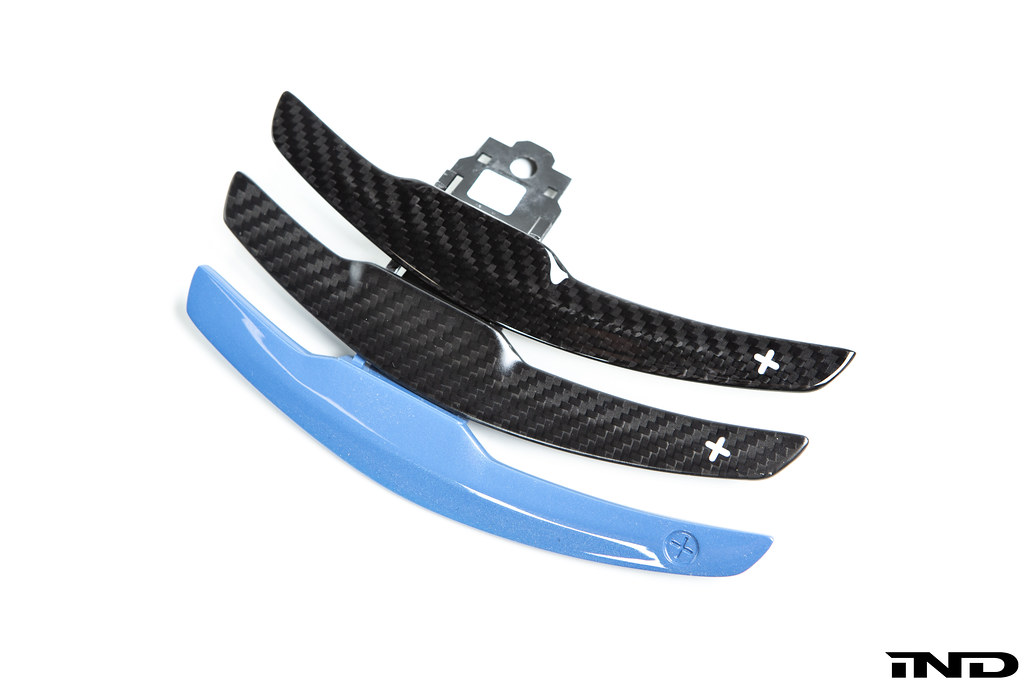 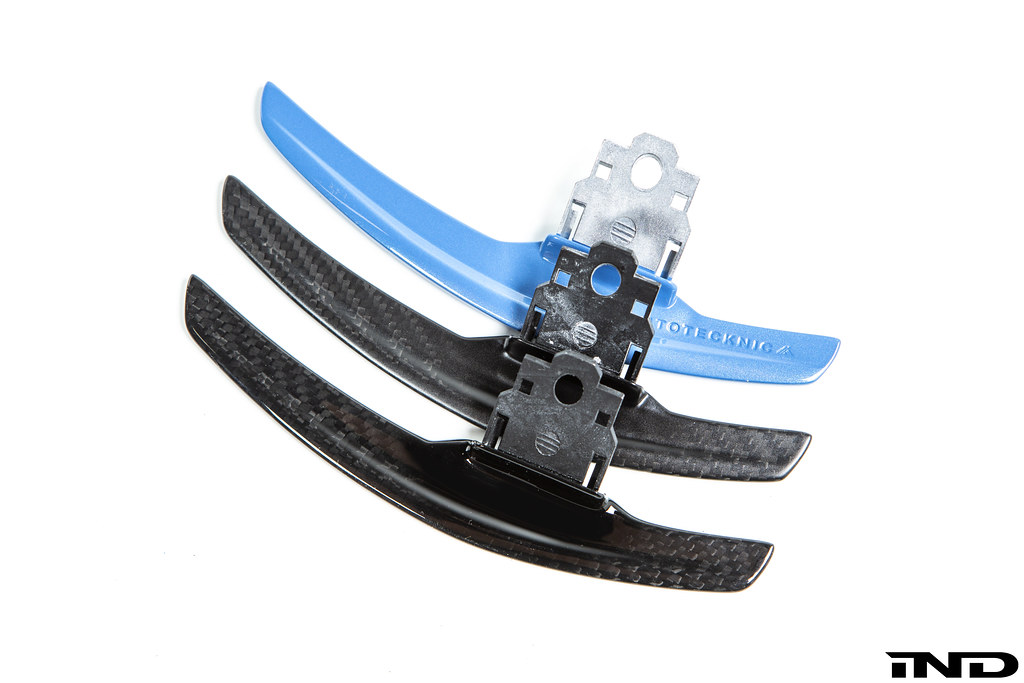 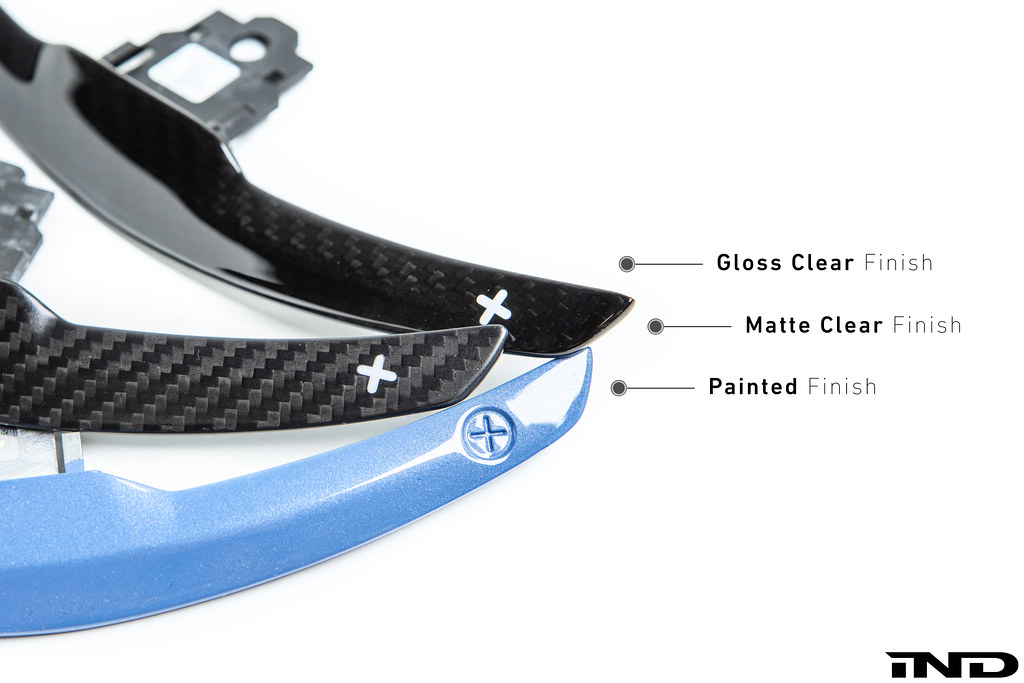 AT’s set is an exercise in simplicity, offering up a long, slim paddle body. Each end tapers down to echo their minimalist approach; the AutoTecknic paddles are actually widest at the grip area. This subtle detail ensure you have enough surface area for your fingers in any driving condition—even if you’re piloting through our brutal Chicago winters with gloves on.

It’s been rather trendy of late to carbon all the things, but the AutoTecknic paddles also look really good painted in case you want to add a nice pop of color to your interior. 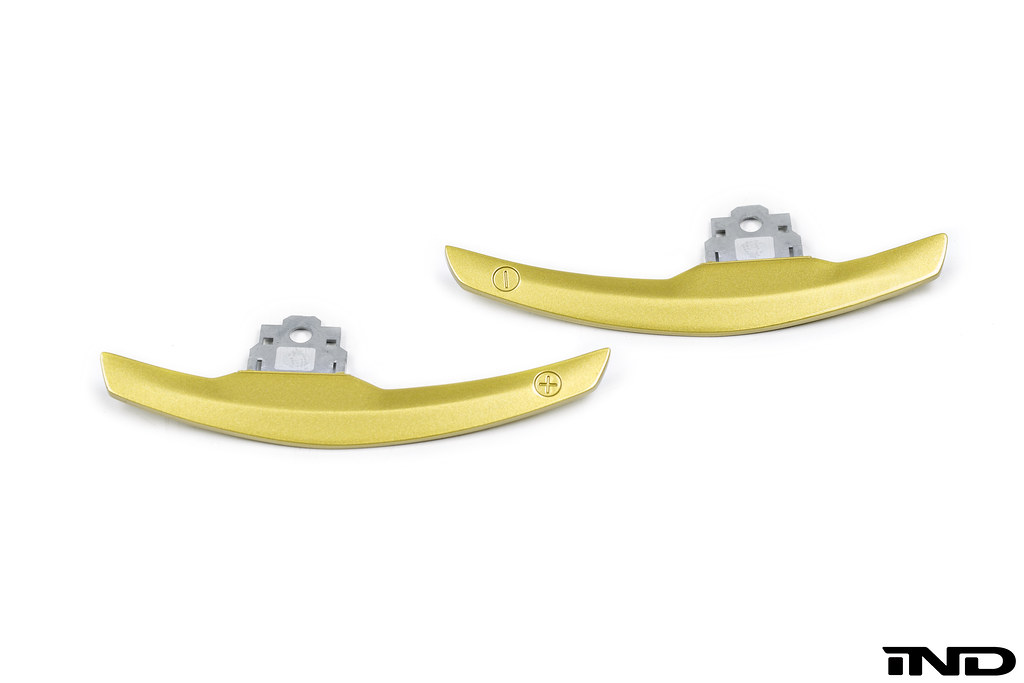 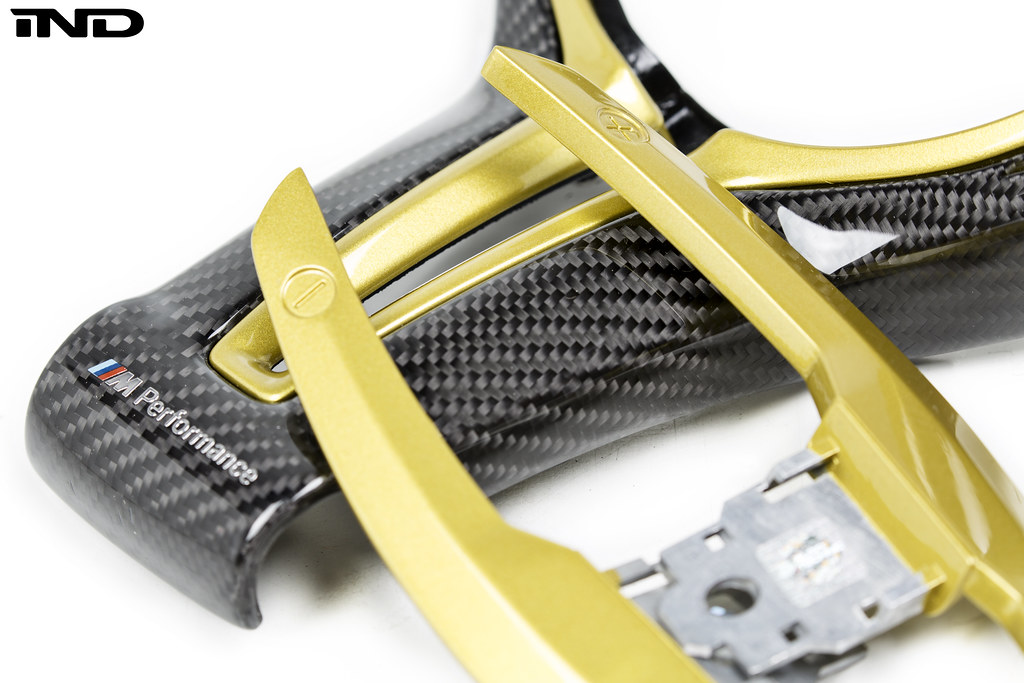 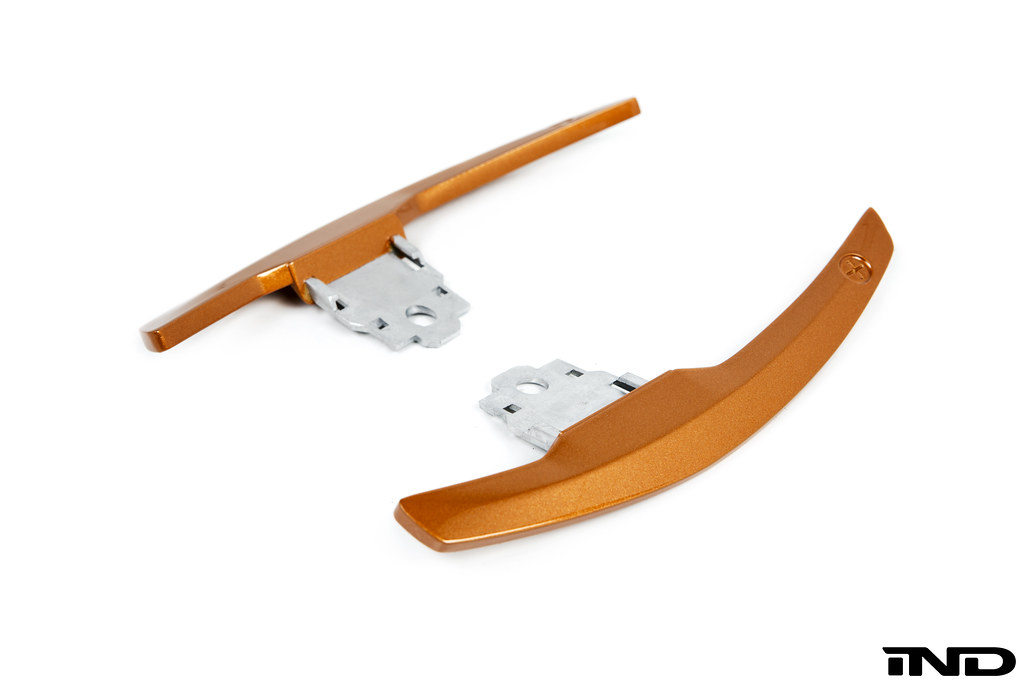 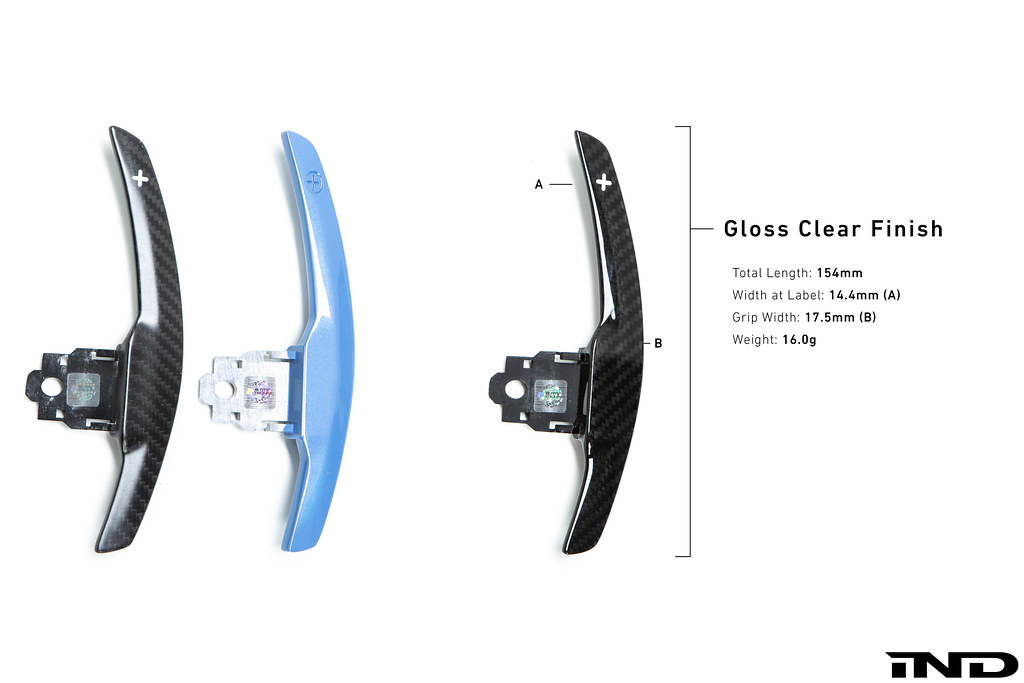 By the Numbers: AutoTecknic

While the other two manufacturers may have made their name off of carbon initially, Pedal Haus has been known for their aluminum work through and through. Yes as their name might suggest, their signature product has to do more with footwork than handiwork, but they’ve put together a set for those looking to coordinate all their driver inputs. 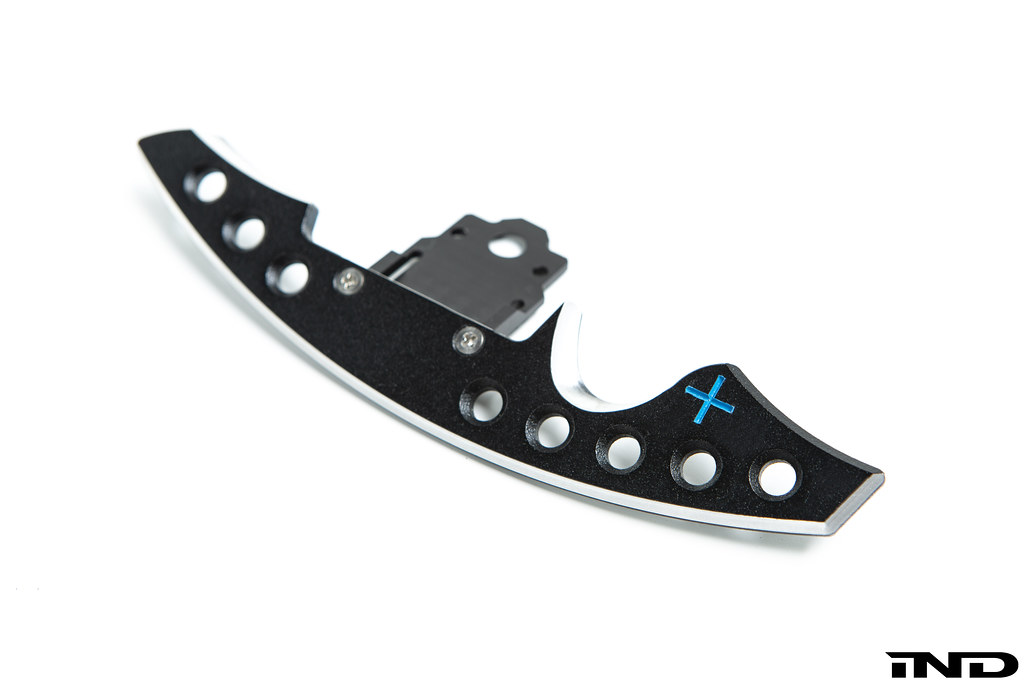 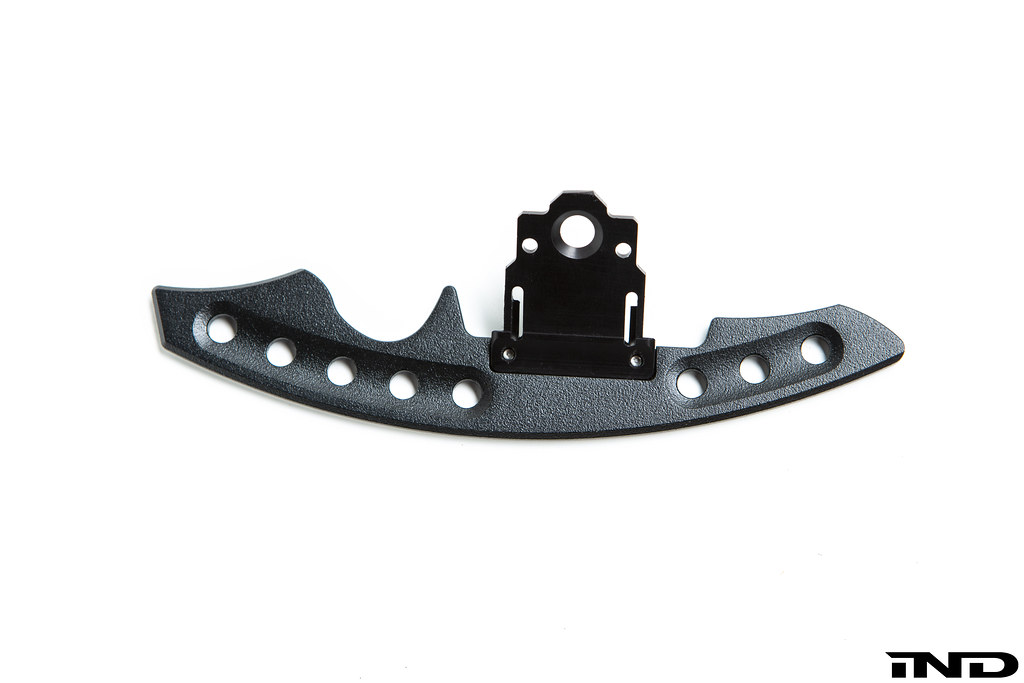 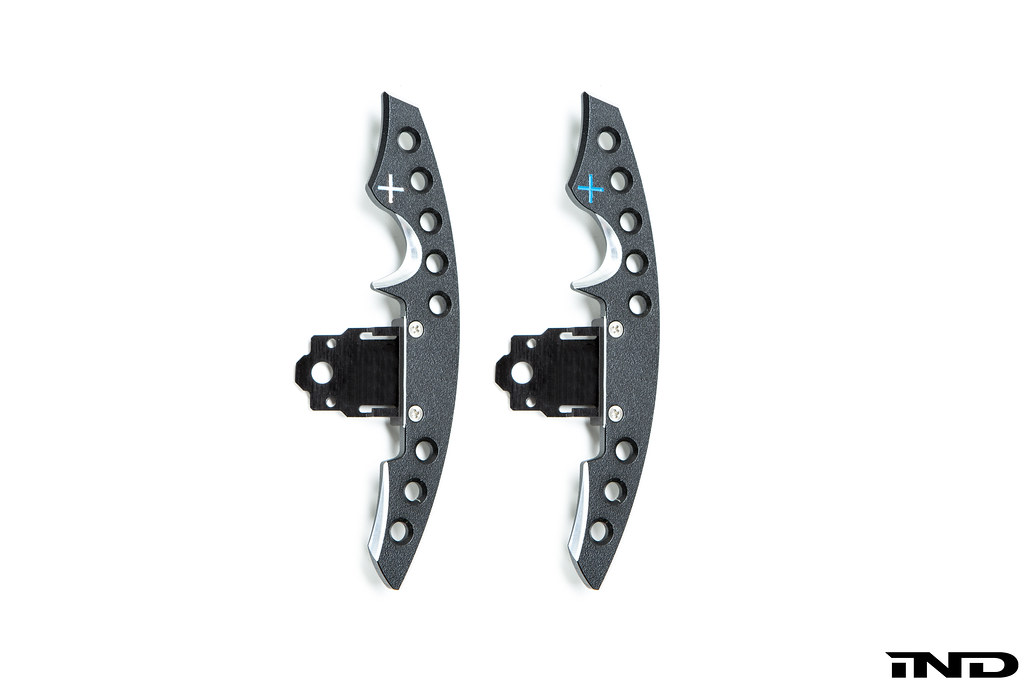 The philosophy amongst all three remains markedly similar: billet aluminum construction with an ergonomic, functional approach, but Pedal Haus took a radical approach to design compared to 3D and AutoTecknic—stylized, sharp edges, cutouts, and pocketing all characterize PH’s unique take. Dimensionally, these are the longest paddles available (a full 31mm longer than the 3D set), but offers the shallowest grip width area. 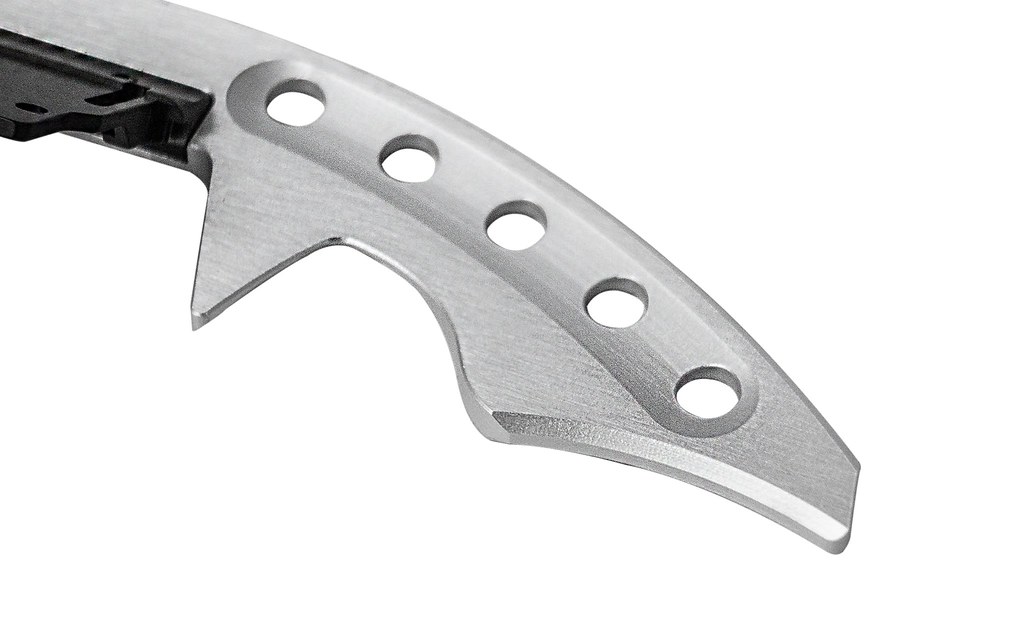 Still, it’s really nice to see an entirely different vantage point on the same product. Each set also features a machined edge, though it isn’t as apparent on the silver finish. 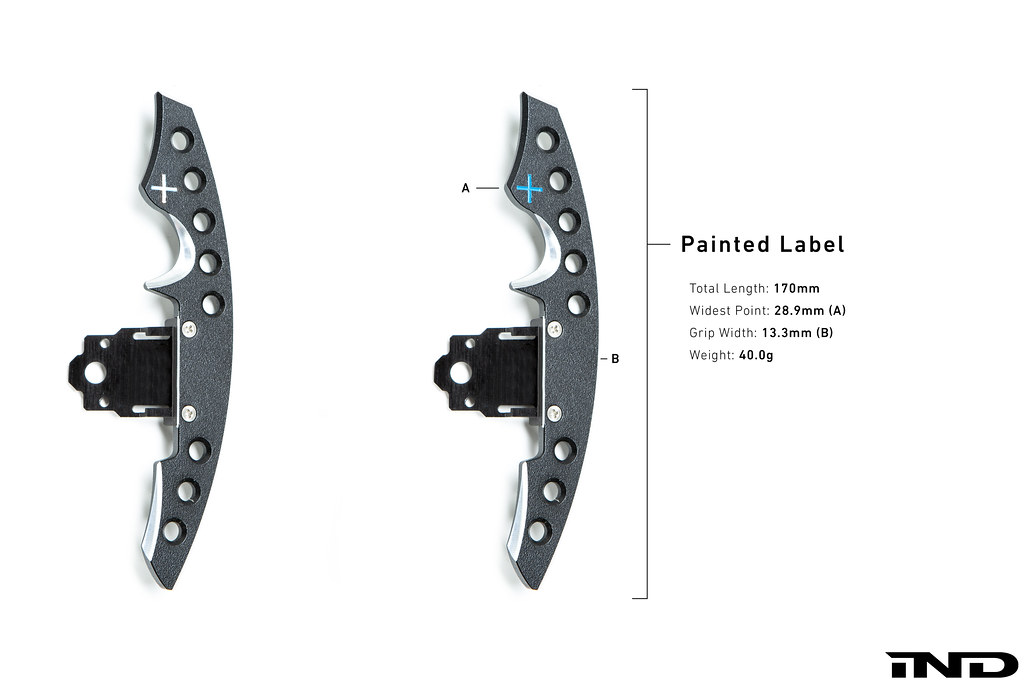 By the Numbers: Pedal Haus

Here’s a more direct comparison between the three F8X variants: 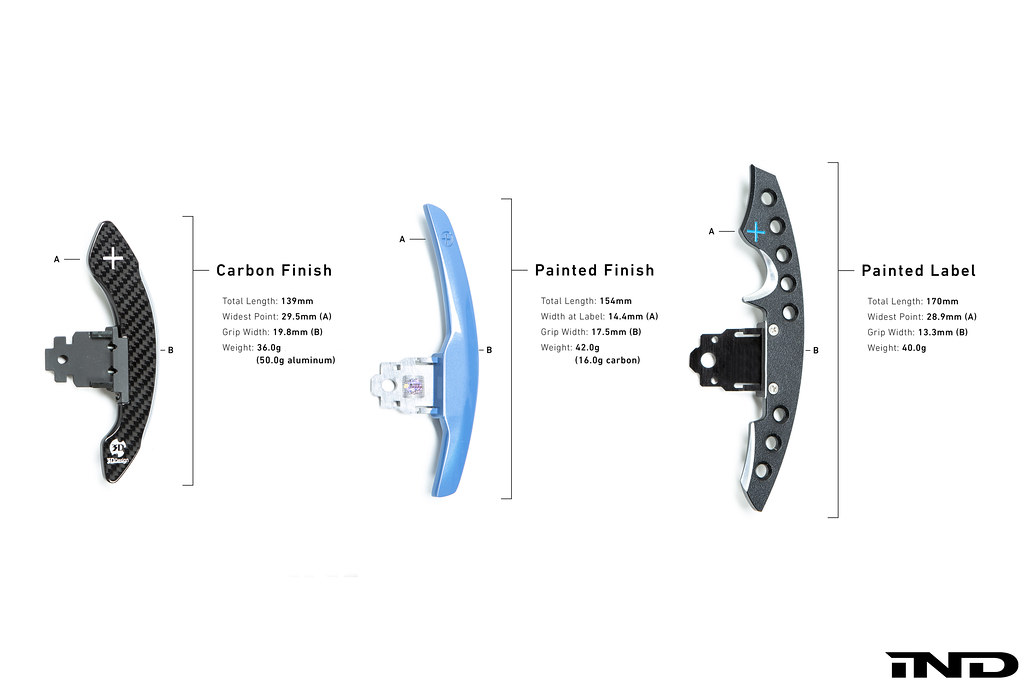