In 2011, the BMW world at large was just getting acquainted with the wheel fitment craze. While nowadays, seeing wheels like TE37s on BMW builds may seem commonplace, back then it was groundbreaking. “Flush” was quickly added to our vocabulary and figuring out the perfect wheel and tire calculations made us all wish we paid a little bit more attention in school. 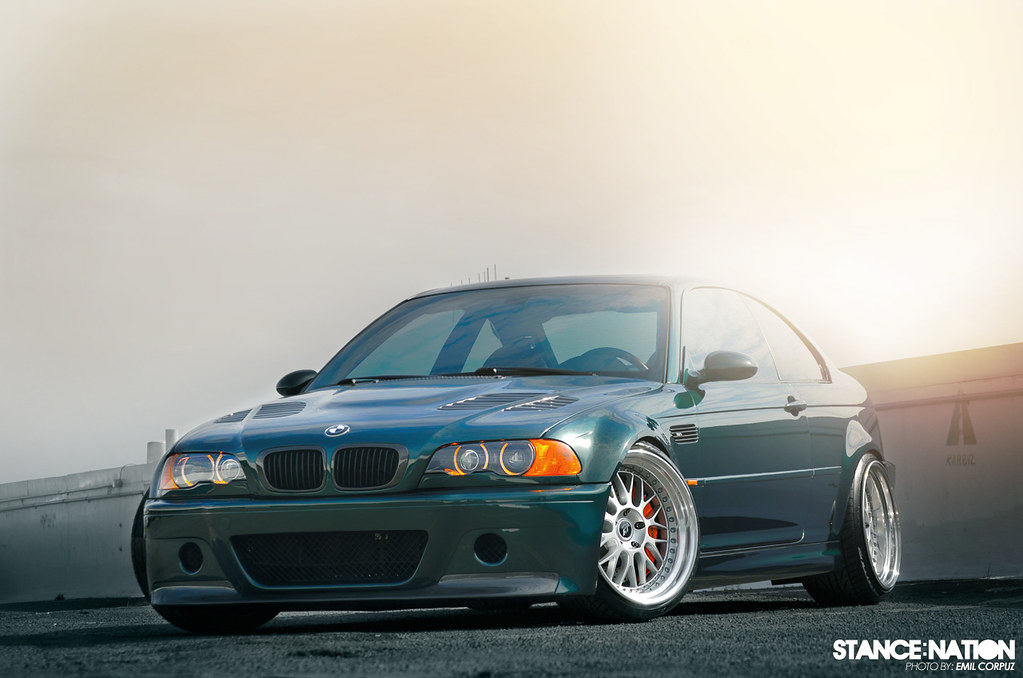 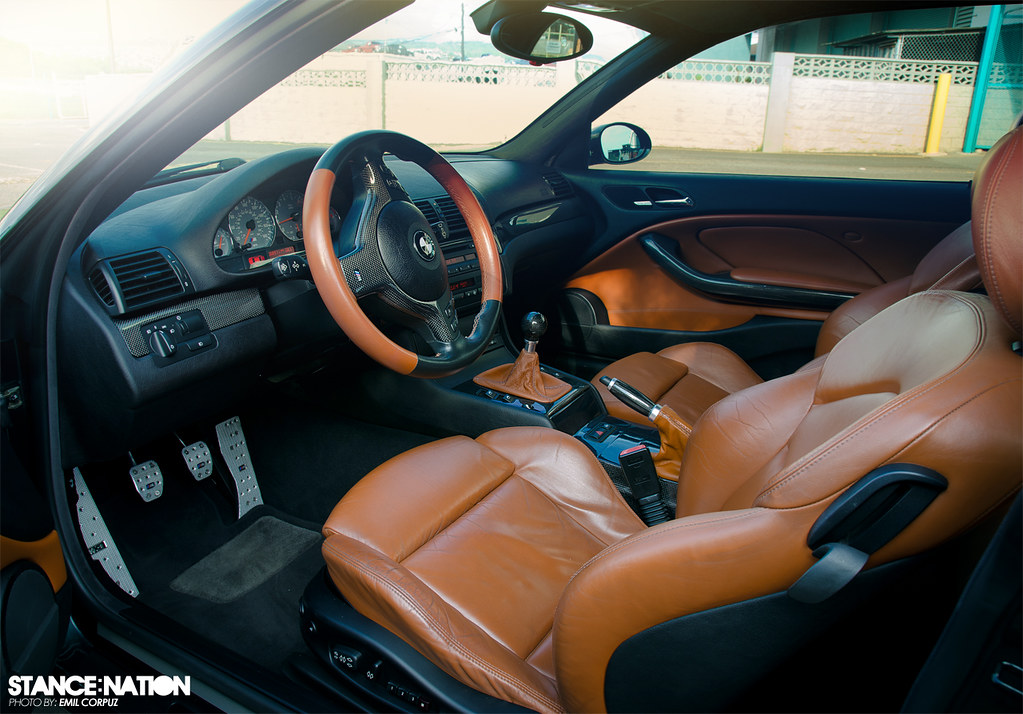 I remember seeing Kimo’s E46 M3 for the first time from Wekfest coverage that year and my body volunteered an audible “wow”. While many had left the E46 for newer pastures, Kimo had committed to creating something unique from one of BMW’s most popular canvases. To this day, I still have photos of this car on my computer and deep in my own memory; another iconic JDM wheel, Work Brombacher’s, were the perfect complement to the Oxford / Cinnamon color combo. And while most in the US were relieved the E46 finally came with clear lenses like our European counterparts, Kimo chose ambers. In a sea of growing monotony amongst the BMW aftermarket, Kimo’s car was a shining example of how to do different. And do it well. The fact that this car resided in Oahu grew the mystique even further—hardly any of us had the opportunity to sample this car in the flesh—and before we knew it, it was gone. 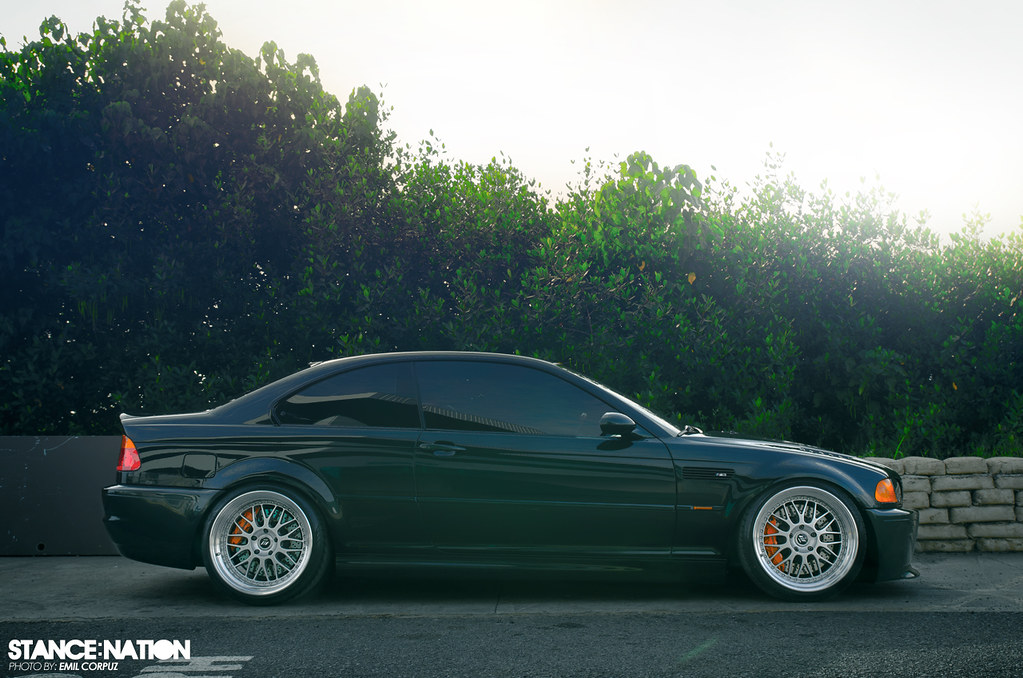 Indeed years later, Kimo made the difficult choice to get rid of his beloved E46. Although his car ownership took him several places in between, his affinity for his ex-E46 M3 was haunting. The unshakable feeling compelled him to pay homage to it in a brand-new platform—the F90 M5.

"I knew for the F90 I wanted to make it special. For us car guys I think all of us here have a car that got away. For myself, that was my E46 M3. As such I decided to rekindle that initial passion and make the F90 as close as possible. Luckily individual agreed to the color so the plan was executed." 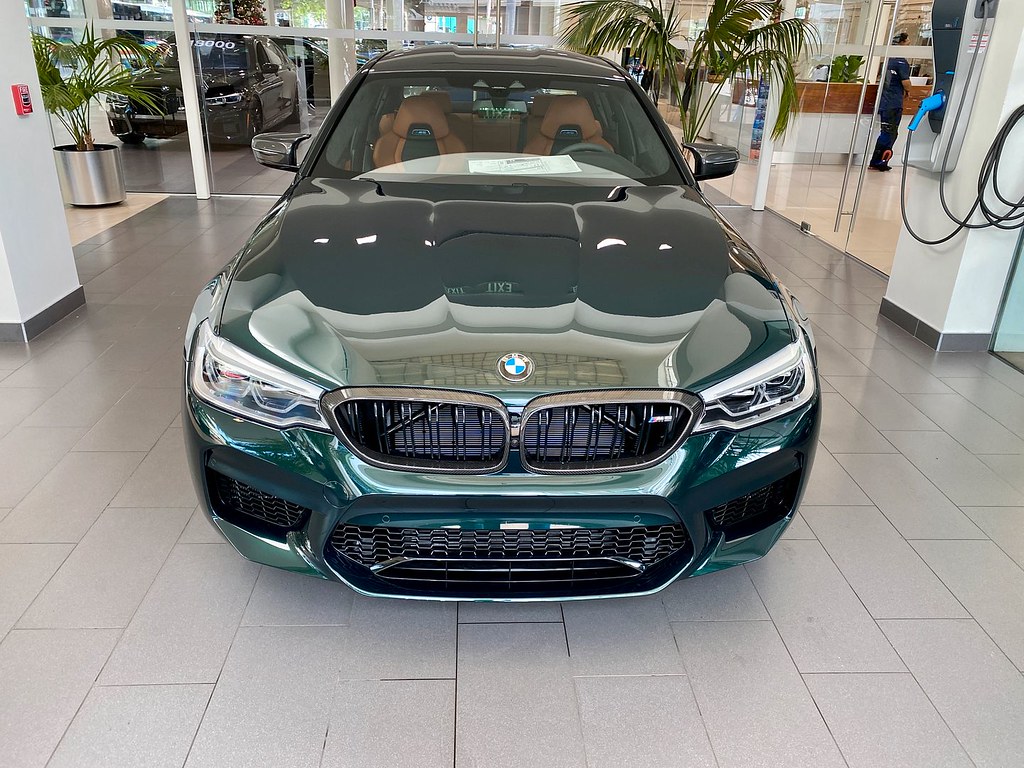 Kimo’s F90 was equipped tastefully from the factory with ceramic brakes, Bowers and Willkins sound, and a generous helping of BMW M Performance carbon bits for good measure. But it was the color combination that really set the stage: the familiar shade of Oxford Green Metallic II adorned the exterior while Aragon full leather provided the perfect Cinnamon tribute hue inside.

“Excited” would be an understatement to describe our sentiments when we got the call to help Kimo realize his vision for the F90 M5. The success of this build would not only be judged on selecting the highest quality components available, but also the more intangible task of creating style—something that his E46 did flawlessly.

"I’m hoping the build won’t get too crazy, but we will see how that goes." 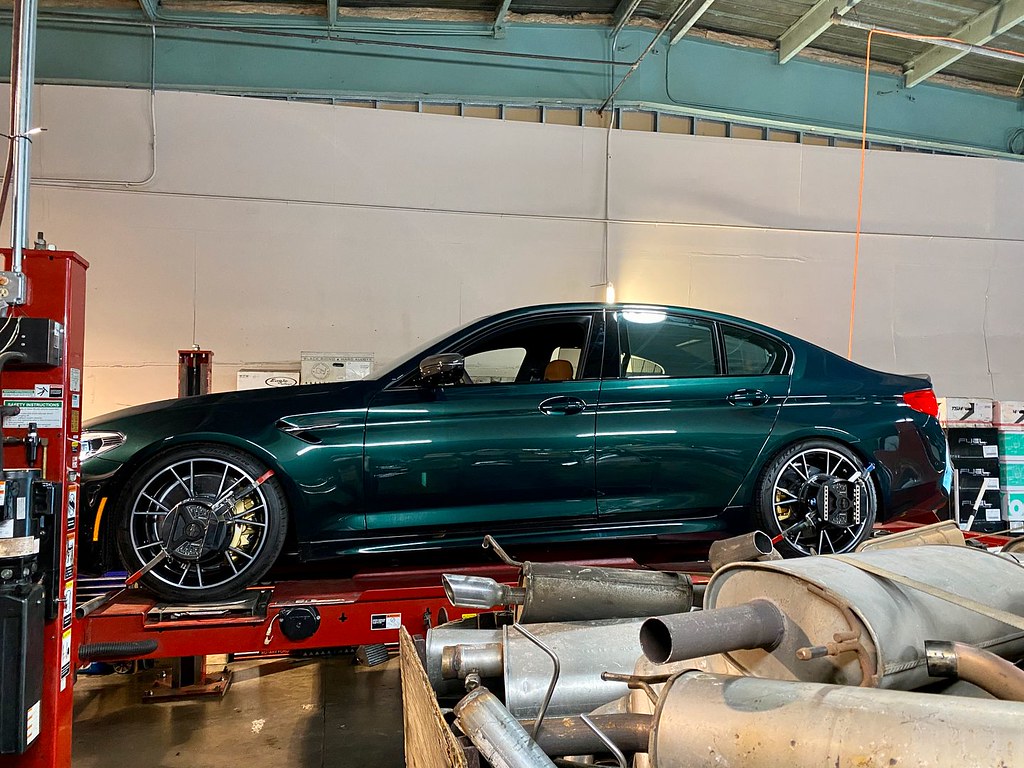 Famous last words. Soon after receiving the car, a generous helping of mods started making their way to Oahu. Although nearly everything in this first round were imperceivable to onlookers (KW V4 coilovers, Dinan suspension bits, Eventuri intake, and the Fall-Line Motorsports oil cooler guard), they’d help make a massive difference in tightening up the car. Make no mistake, the F90 M5 is a big saloon car and if this is to become an appropriate tribute to the E46, one of the most heralded BMW chassis of all-time, these mods become paramount.

"Besides the cold star I’m surprised at just how quiet this setup is when cruising. Now when you put your foot down holy balls. Loud, clean, and gunshots. This is by far the most Jekyll and Hyde setup I’ve had." 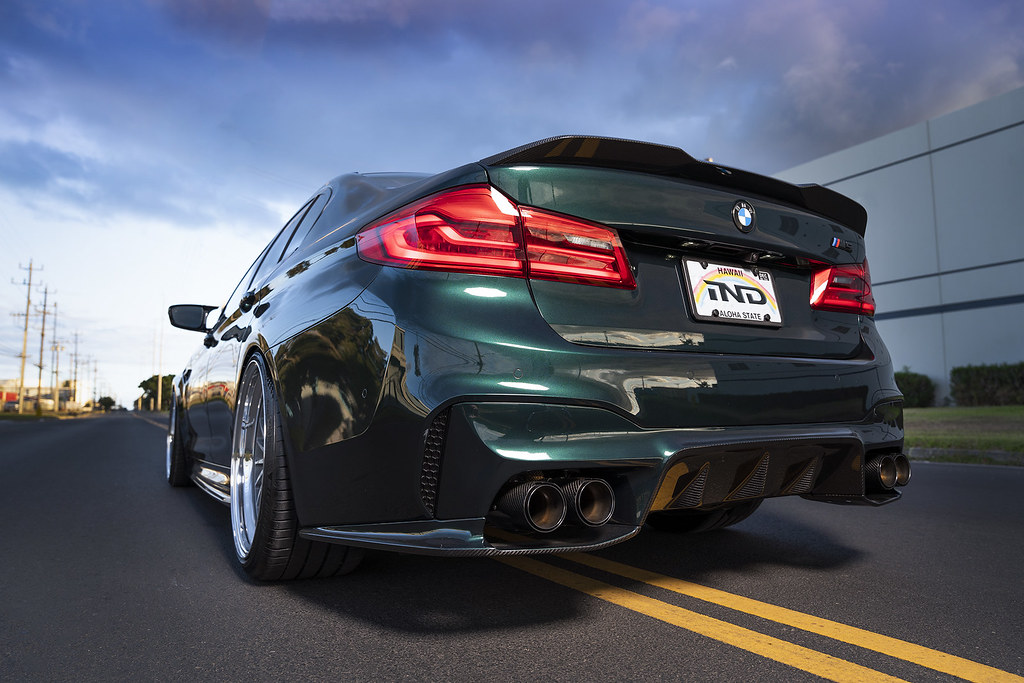 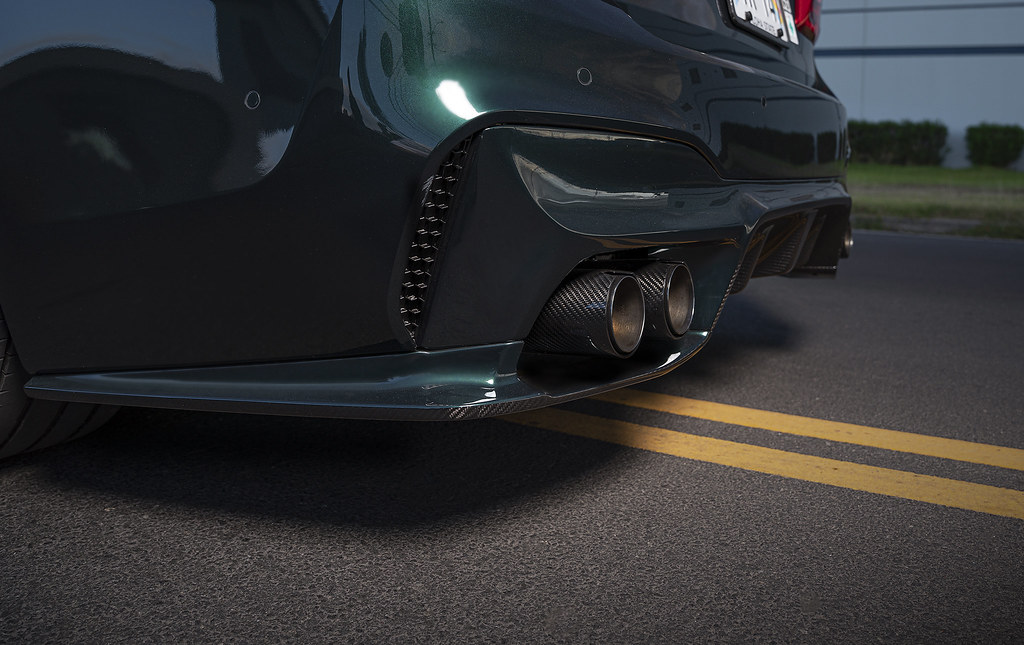 The Eisenmann race looking right at home amidst the surrounding carbon fiber.

A build just isn’t complete without addressing the exhaust. The Eisenmann Race exhaust with lower downpipes added some theater to the M5 and also helped shave off considerable weight. The beauty of this combination is in its personality. Like Kimo said, this particular setup is surprisingly “Jekyll and Hyde”, which is perhaps the most fitting configuration for the F90. With the M5’s underpinnings and performance sorted, we moved onto the more nuanced task of style. 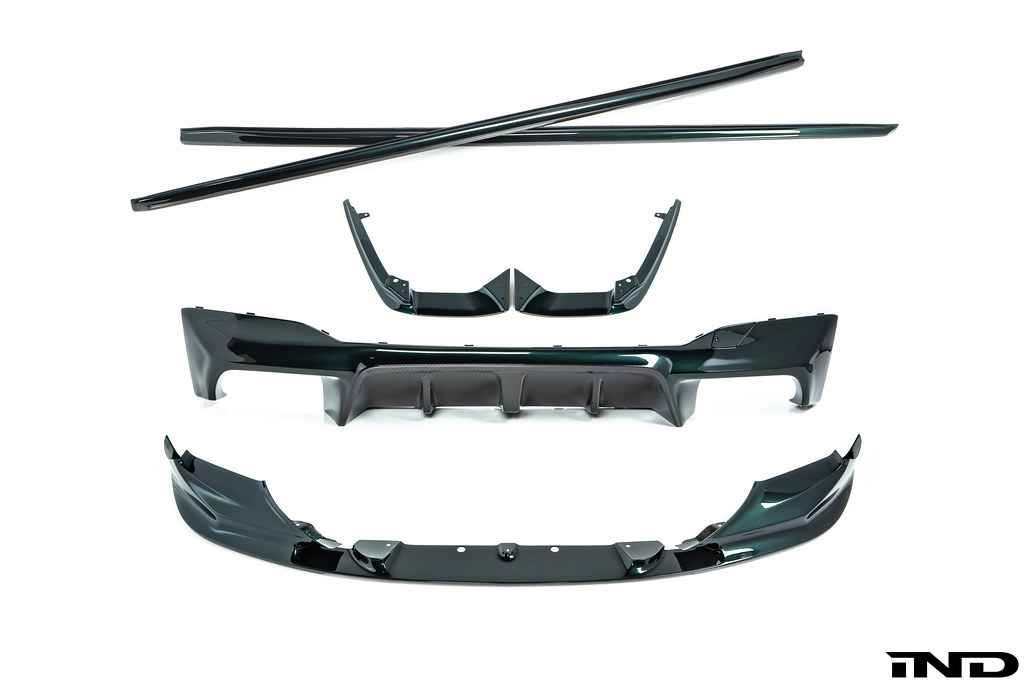 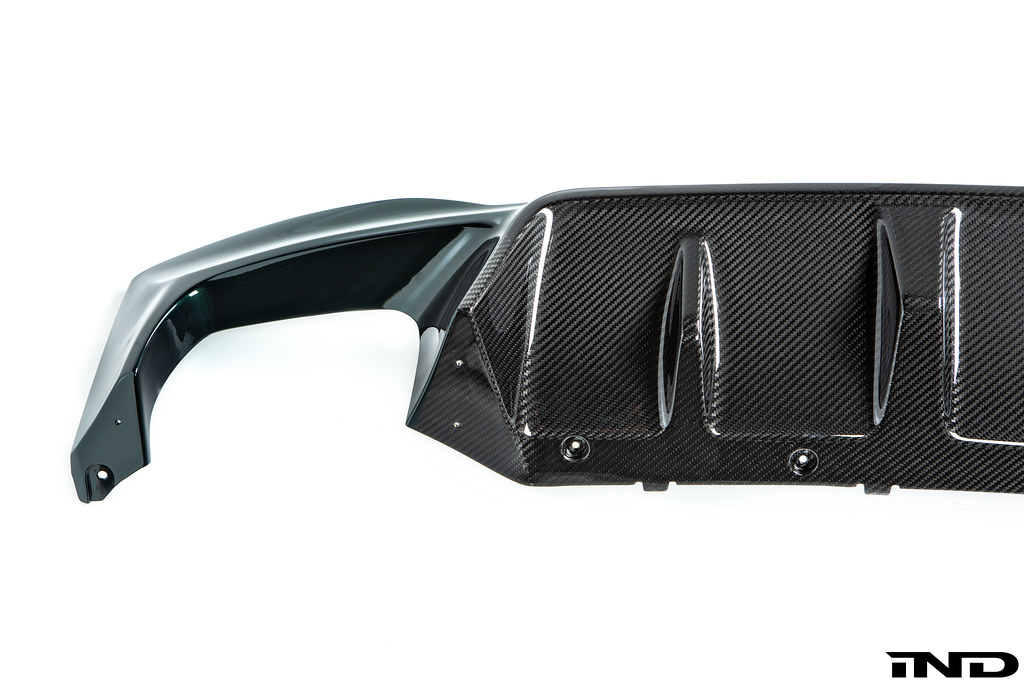 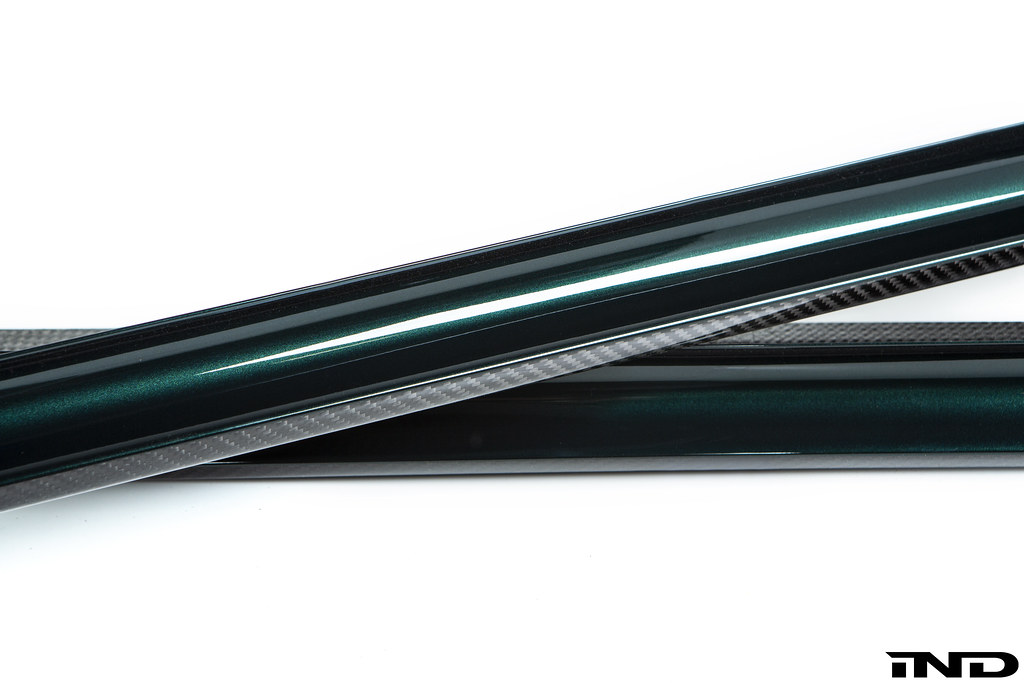 To that end, we opted to fit 3D Design’s full carbon aero program in a scheme reminiscent of his E46—largely it was painted Oxford Green Metallic II, but had featurettes of exposed carbon fiber—a perfect combination of luxury and sport that again echoed the M5’s core purpose. Our signature set of cosmetics, with some help from Acexxon and Sterckenn, were soon added. Stepping back to examine the car, it was undeniable that it was really starting to come into its own. But we weren’t done yet. 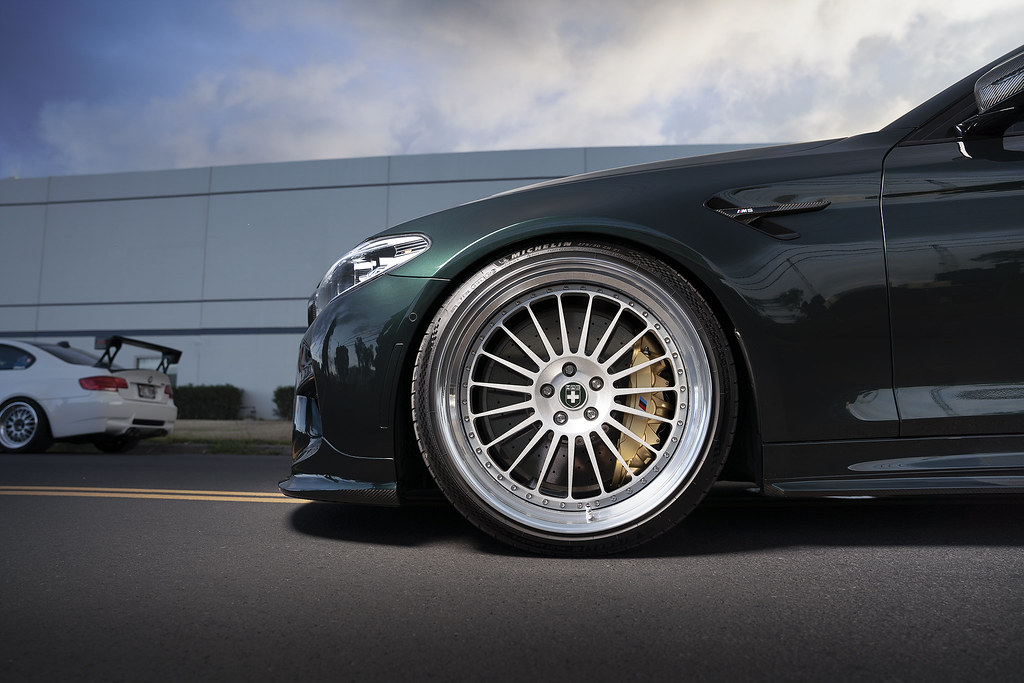 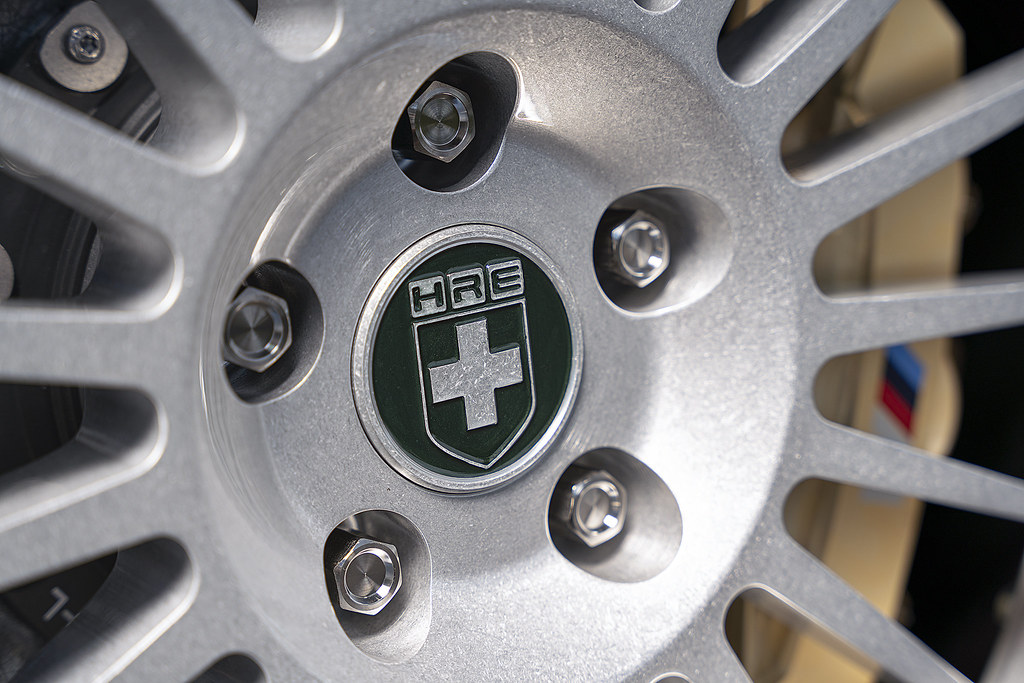 We called upon help from HRE to build us the perfect set of wheels for Kimo’s M5. While fitment was still a crucial element, we wanted a wheel that would also complement the M5’s luxury aesthetic. After some contemplation, we landed on a 21” Classic 309—a forged, three-piece wheel. We felt the multi-spoke design (especially in the finish we selected) would coordinate swimmingly with the 3D kit and the three-piece construction would allow us to dial in the perfect specs with Kimo’s suspension setup. 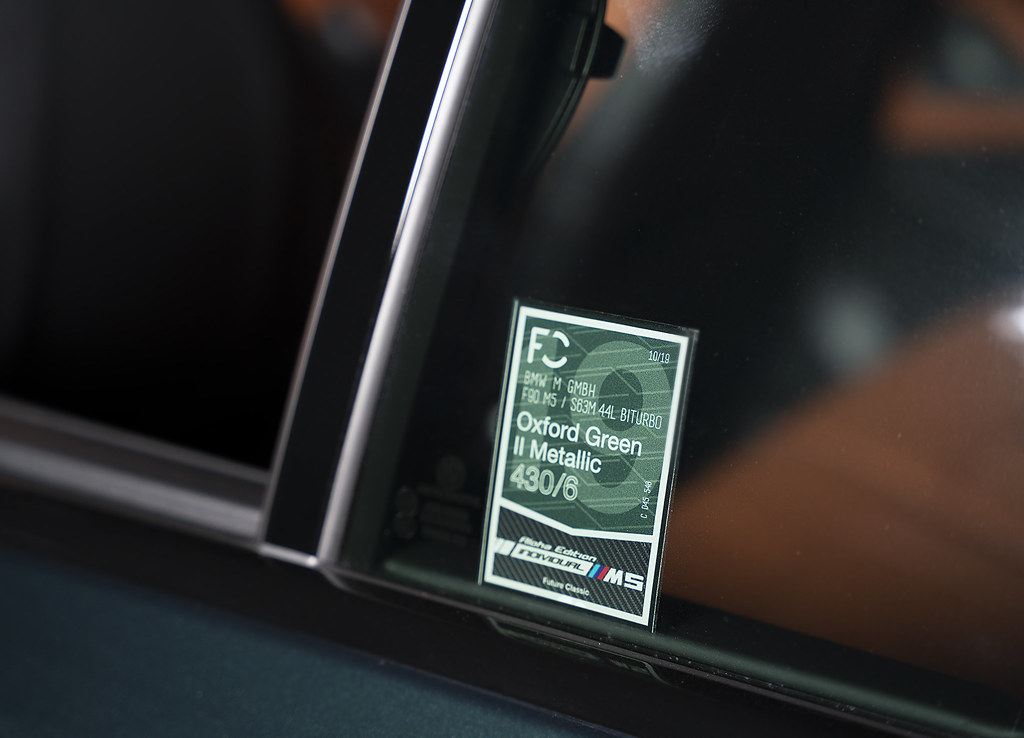 As one of our favorite finishing touches, we had Future Classic spawn an all-new design for their ever-popular club sticker. This new design carried over carbon fiber touches from their standard catalog, but also took inspiration from the Jahre 35 F90 to make this M5 feel even more special. We felt a “Jahre” touch was incredibly fitting—this M5, in many ways, was an anniversary build of its own—a modern incarnation of his beloved E46, completed virtually ten years later. 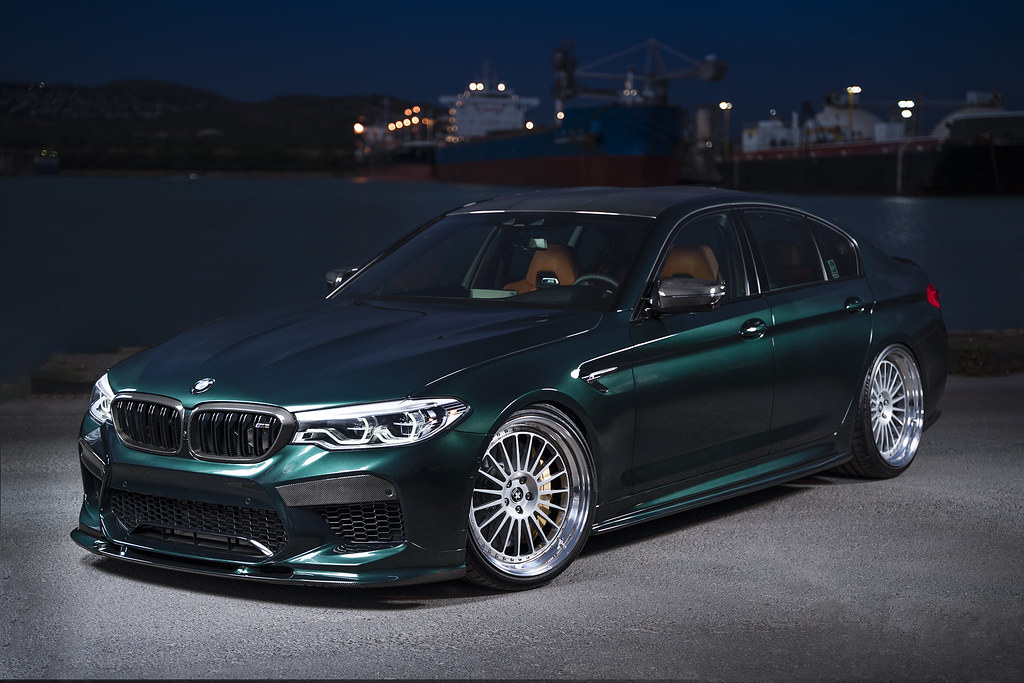 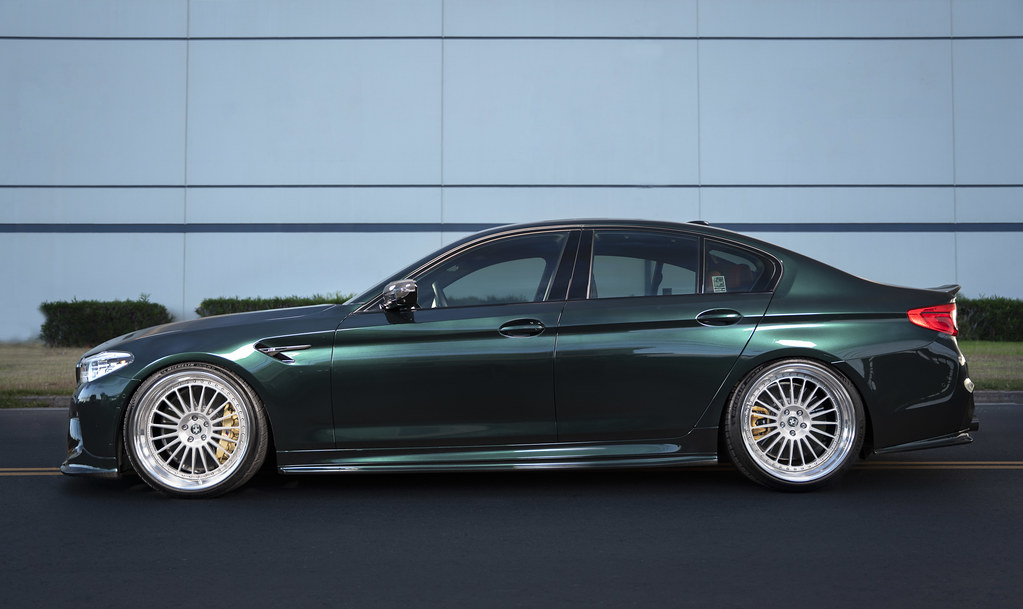 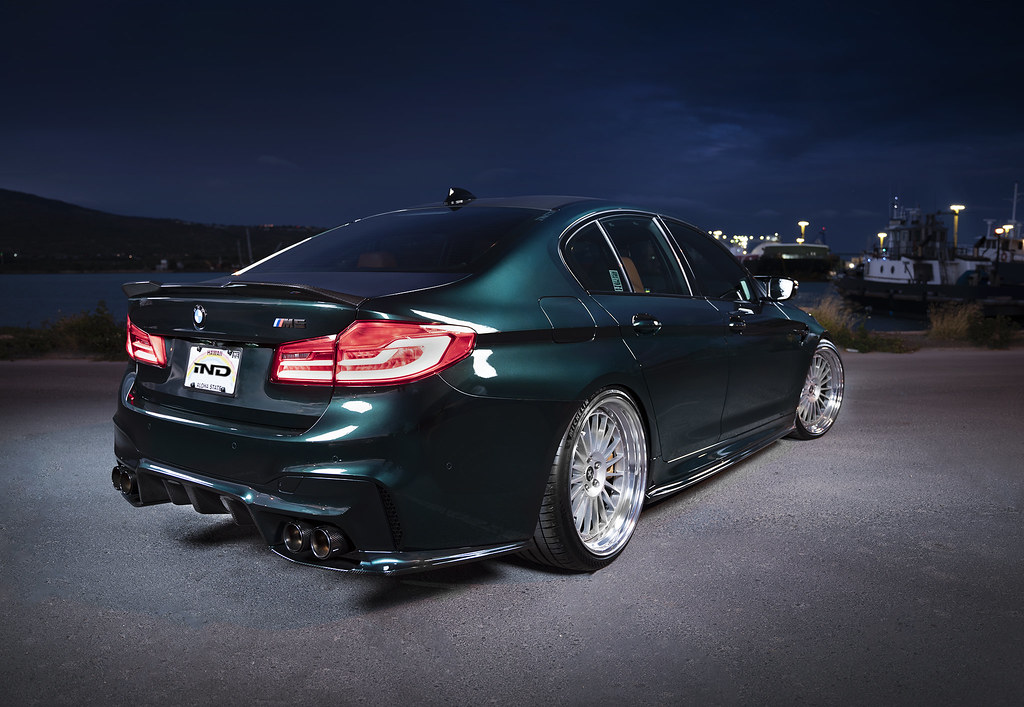