The Porsche GT3 RS intake has been designed to offer a more efficient flow path to the engine in comparison to the OEM airbox. Utilizing Eventuri's Patented Venturi Housing Concept, airflow is able to negotiate through the filters with a much less tortuous path thus reducing the drag of the system. Furthermore by increasing the overall volume in the intake, the maximum flow capacity has also been increased. 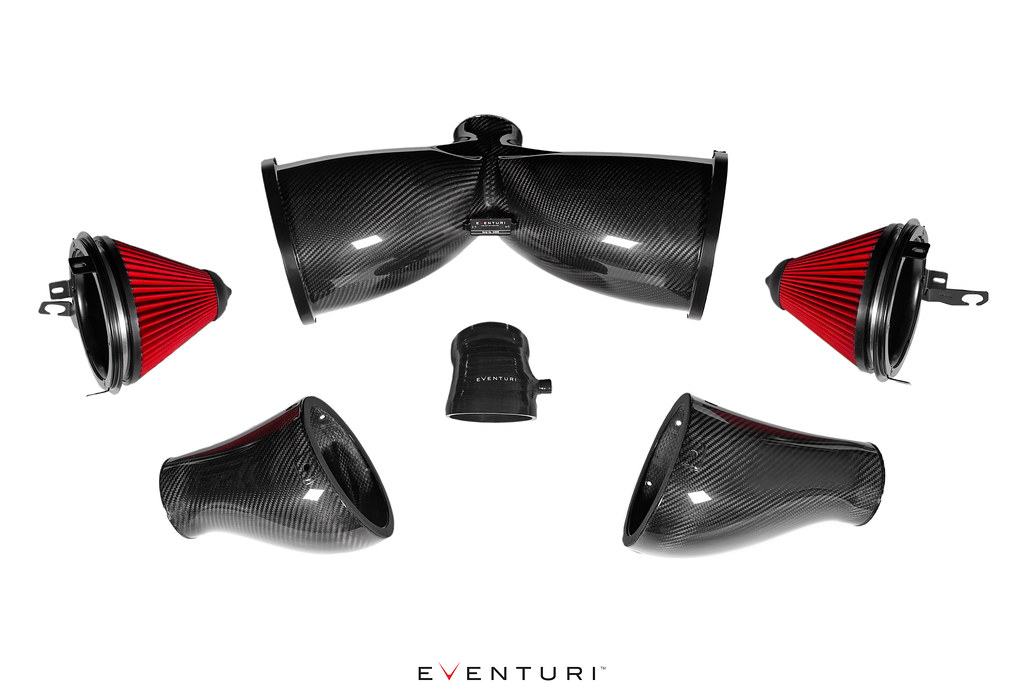 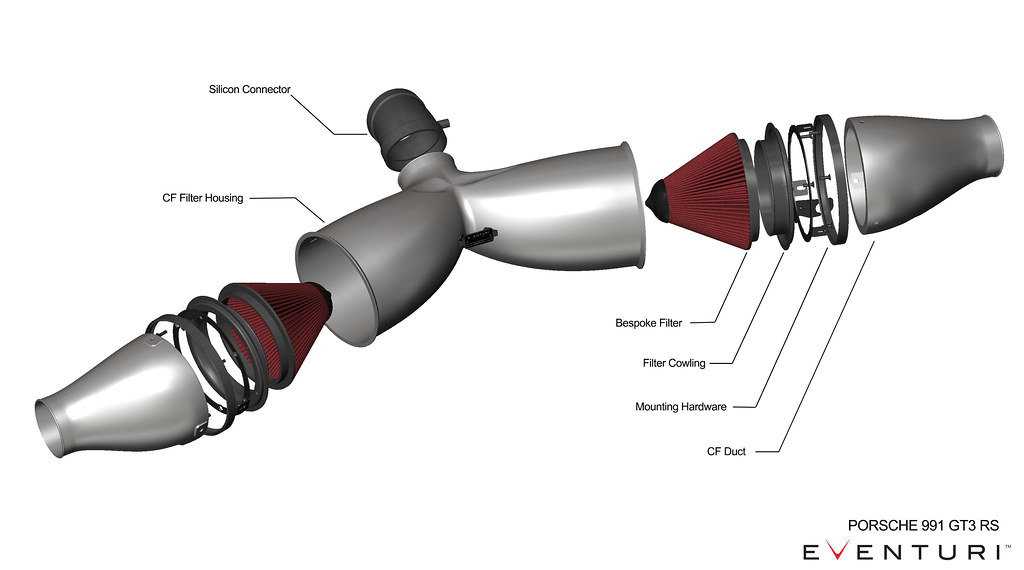 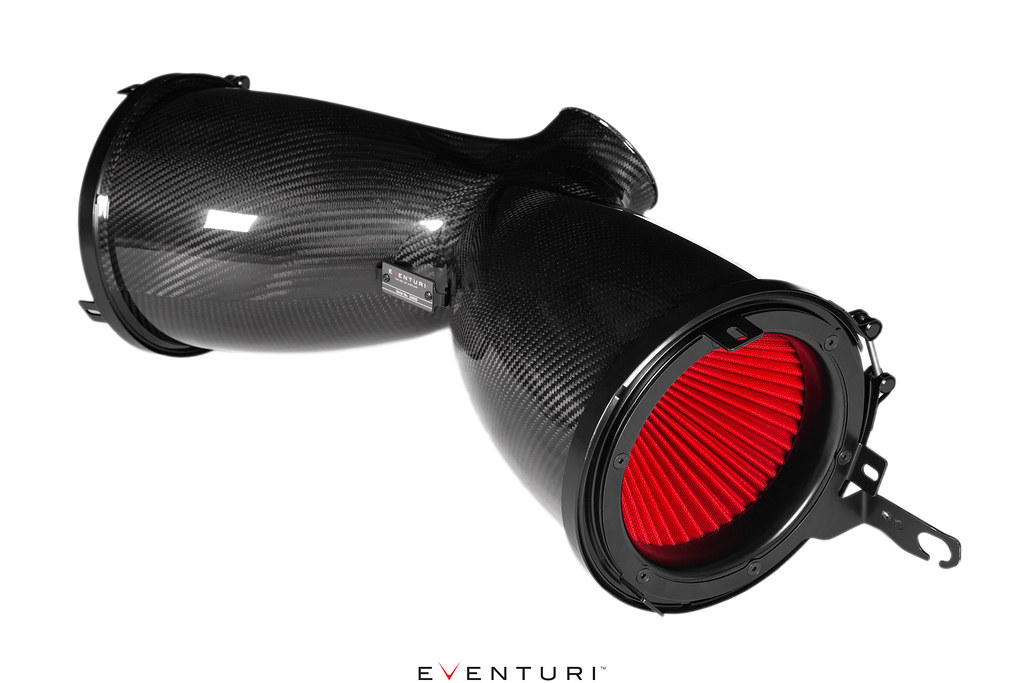 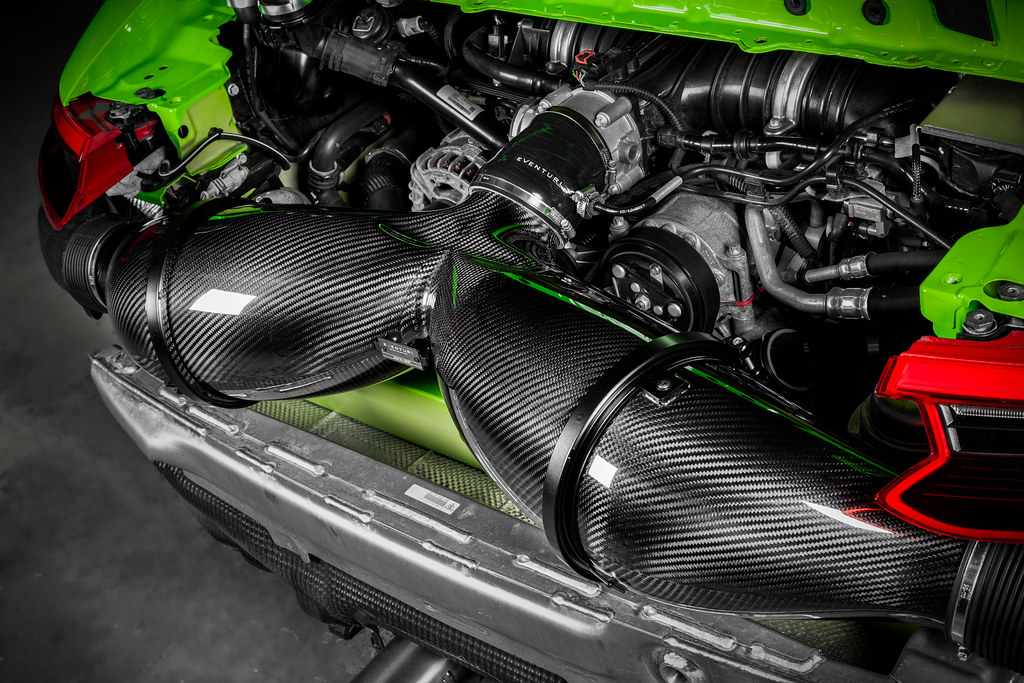 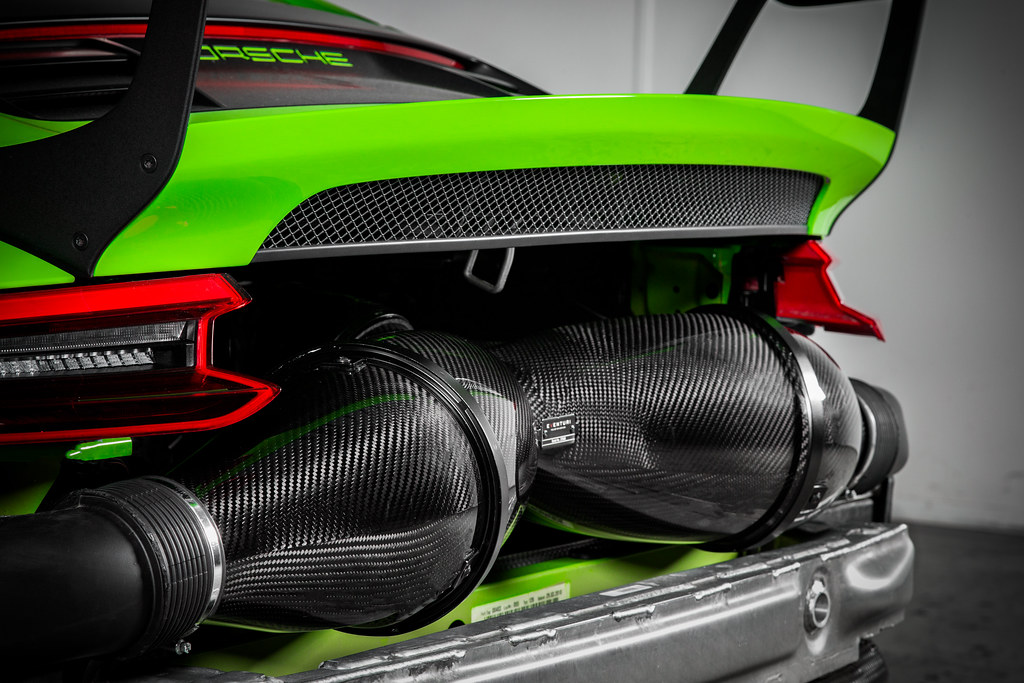 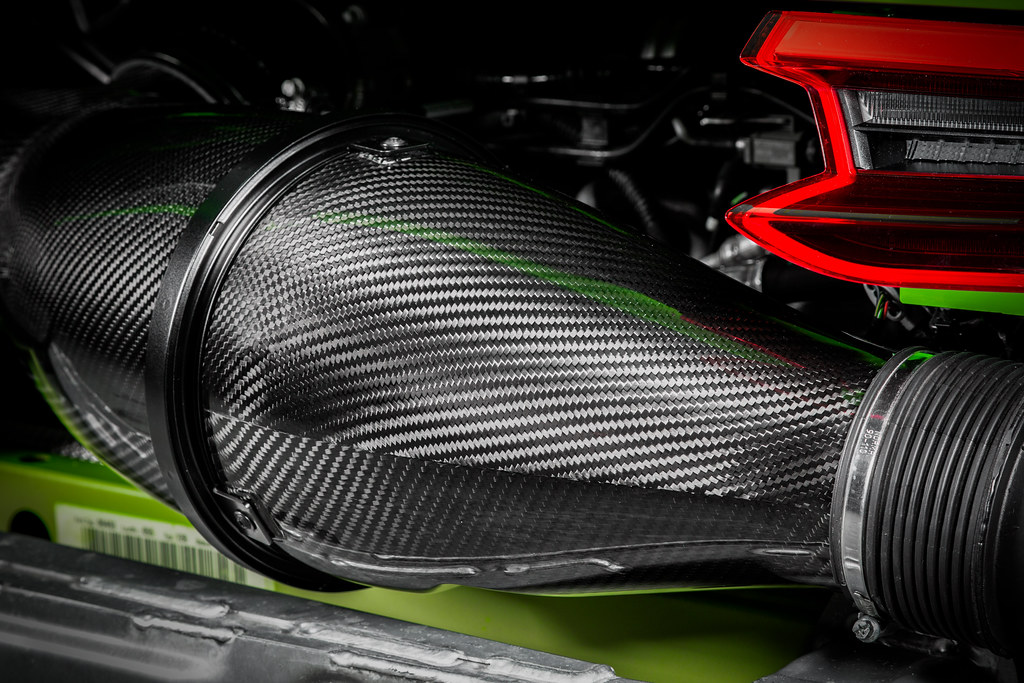 A FOCUS ON PERFORMANCE

Eventuri conducted flow rate tests using a Superflow SF-1020 to measure the maximum flow rate possible at a pressure drop of 28” H2O. Tests were done on the same day in controlled conditions using the same test jig for each system. The full intake system was tested against the stock airbox system. The results show an increase of maximum flow by an additional 120 CFM over the OEM airbox. Importantly this has been achieved with a sealed intake system so the intake temperatures will also be maintained at a minimum.

Eventuri's GT3 RS Intake has also been independently tested by ES Motors who build high powered Porsches in the UK. Tests were again done on the same day back to back using a chassis dyno. As can be seen, there is a measurable gain throughout the RPM range, not just at peak which is more important as the increased area under the graph demonstrates that the intake is making an impact beyond the headline figures. This gain even on a stock car is noticeable on the road with better throttle response and quicker acceleration. 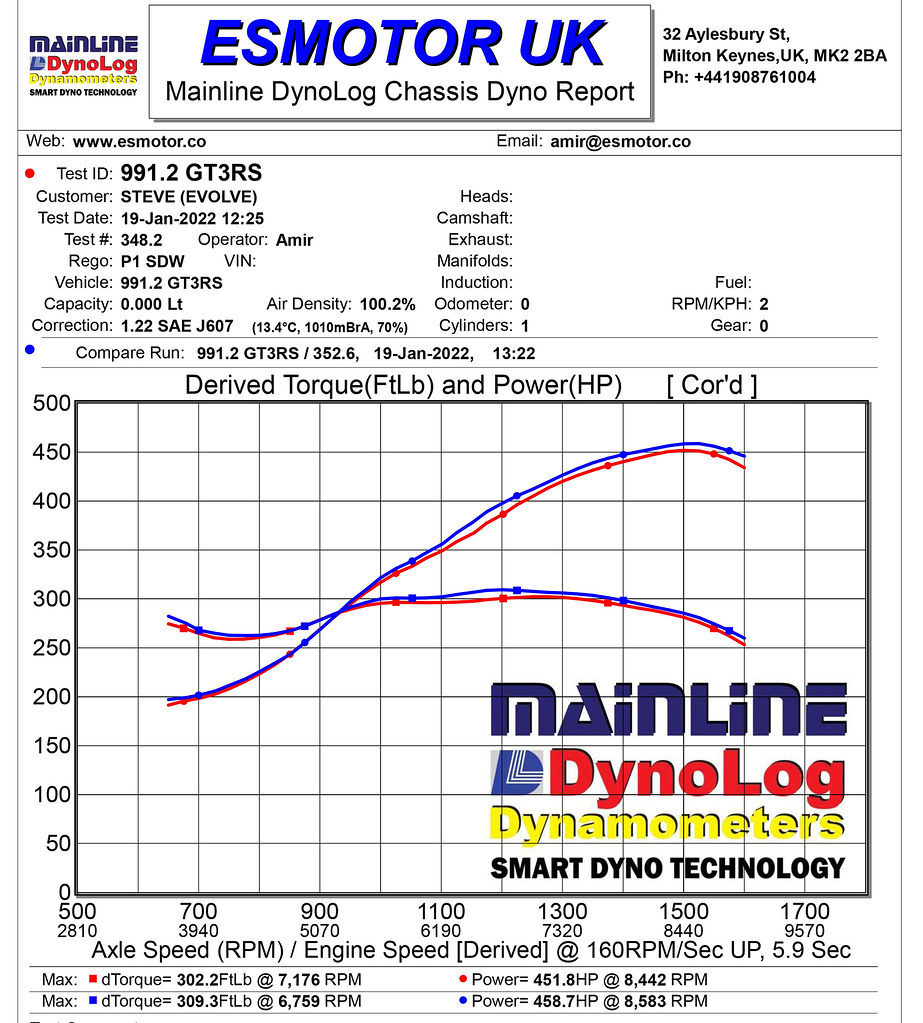 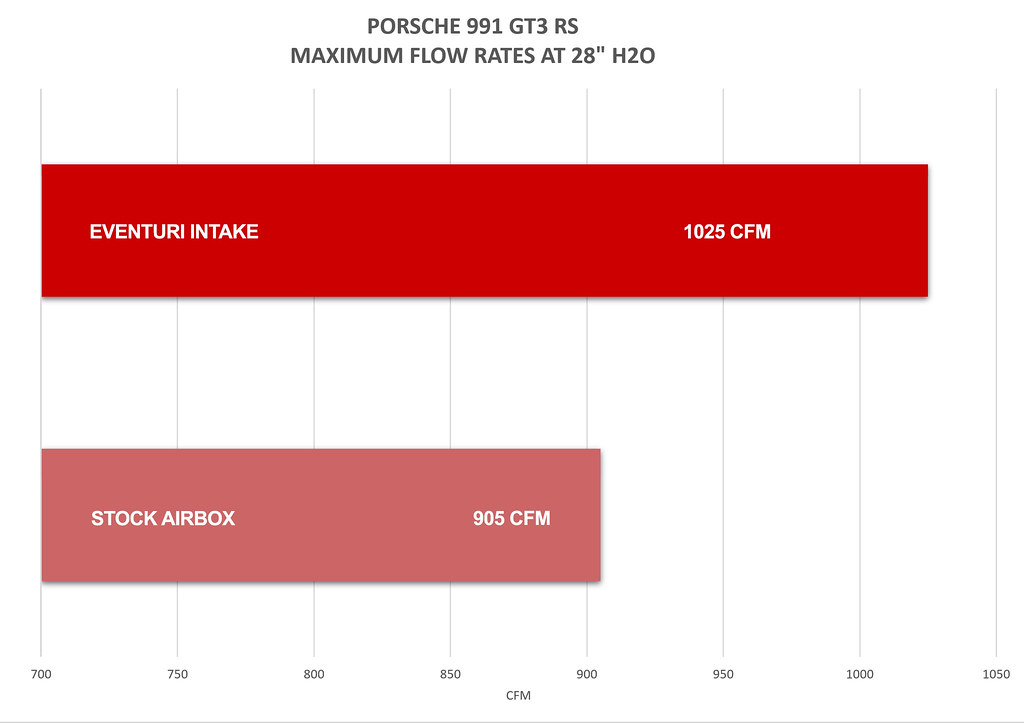 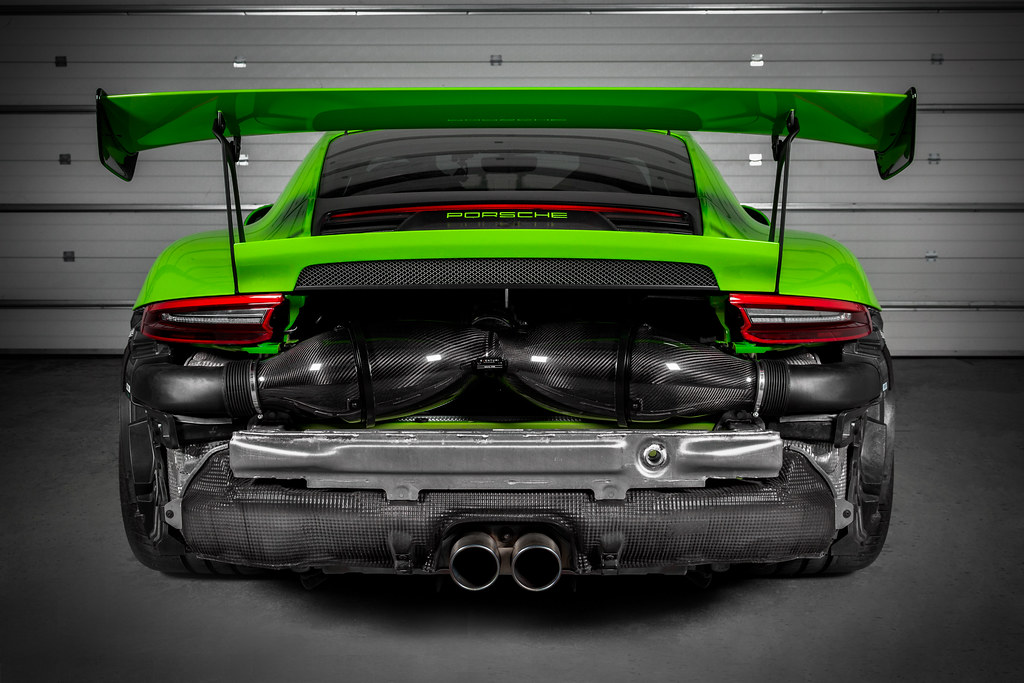