Since 2008, IND has been making Bimmerfest an annual tradition. In our infancy, we trailered our first Alpine White E92 M3 project to the show and hit the road, gleaming with excitement for the most coveted BMW gathering of the year. Thirty-six hours later through white knuckled blizzard and mountain passes, we arrived with a handful of hours to spare. We cleaned up the car, got a couple winks of sleep, and made our inaugural debut at the show.

Ever since that trip, we have made it our credo to continuously push the boundaries of each platform we touch—both every day in our office and for each Bimmerfest than followed. The first E92 M3 build was an exercise to build a street “E92 M3 CSL”, with graphics that gave a subtle nod to the E36 M3 LTW of old. For a handful of years since, our Bimmerfest builds have been a proud culmination of our vast (and growing) capabilities, accrued knowledge, and enthusiasm for the BMW brand. As such, these cars had been built for dual duty (street + track), painted loud colors, and wore upgrades from front to back. Unsurprisingly, our thorough approach has kept each of them formidably capable and competitive to this day.

It may be a surprise, but we’d be the first to tell you that Bimmerfest wasn’t exactly part of the plan this year. The decision was made rather late in the game, but in doing so, made a team effort mandatory. In sharp contrast to our recent history, we decided to step away from the more colorful GT-inspired cars and opt to build something more like our very first E92 M3. Hockenheim Silver provided the perfect base for the project—onto it went an RKP carbon roof and a slew of carbon M Performance parts—painted HS with exposed weave in subtle areas for that perfect OEM+ look. The exhaust was also an easy choice: an Eisenmann race exhaust fills out the rear of the car nicely while the all-new carbon Le Mans tip set compliments the subtle woven accents throughout. Paired with Eventuri’s M2C intake, the S55 is now on song throughout the rev range.

From here, we called upon 3D Design Japan to round out the exterior’s improvements. While the side skirts and rear diffuser are carry-overs from the standard M2 platform, the front lip is all-new and its incredible—the details help bring out the M2C’s innate aggression with perfect balance. With a decidedly more JDM-inspired aesthetic, it seemed rather fitting then to fill the M2’s factory tires with BBS Diamond Black FI-R. KW’s contribution came from their robust 3-way Clubsport, helping us dial in the whole look.

Our 11+ year history has helped develop a keen eye for detail: IND’s signature suite of painted parts made their way onto the build while small 3D Design logos were added to the front and rear carbon add-ons (matching the side skirt) and 3D’s body stripes were adapted to our own interpretation. Future Classic’s new titanium stud kit helped compliment the FI-R and OEM brake combo to precision while their custom commissioned club sticker provides that extra little something to round out all of the other modifications.

Inside you won’t find a roll cage. The F8X DTM Alcantara steering wheel and Fall-Line fire extinguisher are just about the only hints of motorsport lineage here while the rest of the interior improvements focus on coordinating the gorgeous orange stitch and matte carbon throughout.

At first glance, even despite our efforts to err on the side of subtlety, the car is immediately discernable from the crowd. With such a truncated timeline, the car came together perhaps even better than we had hoped on paper. All of our M2C’s nuances and careful consideration add up to make an extraordinary impact together. The first time we stood in front of it fully complete brought back those familiar goosebumps from our first Bimmerfest adventure—we examined the car from every angle with approving nods just before it was loaded onto transport. We arrived back then as wide-eyed novices aiming to prove we had something new on offer to the BMW community. This year, after more than a decade, we are back to assert that this new era of IND will bring our community that much more. 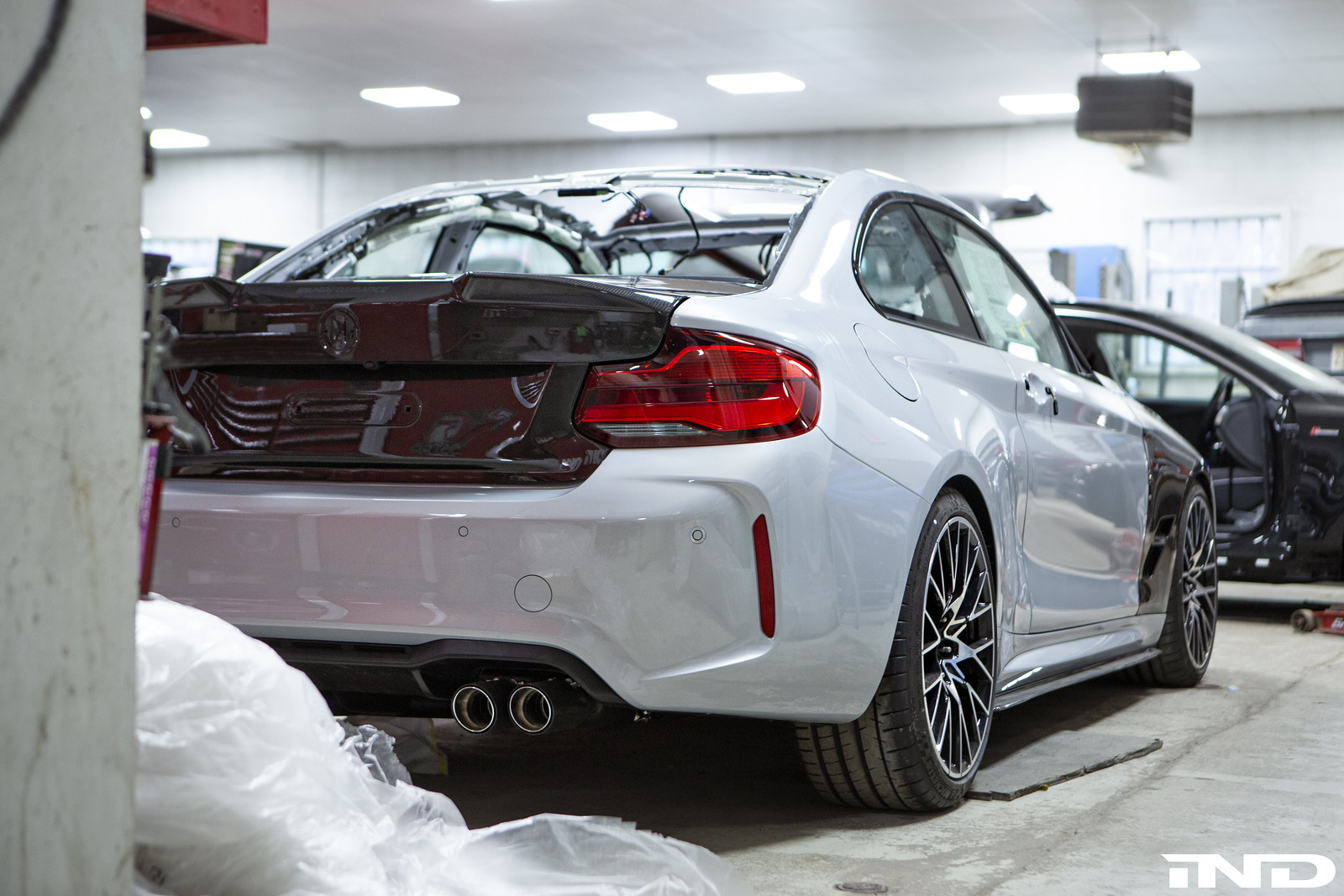 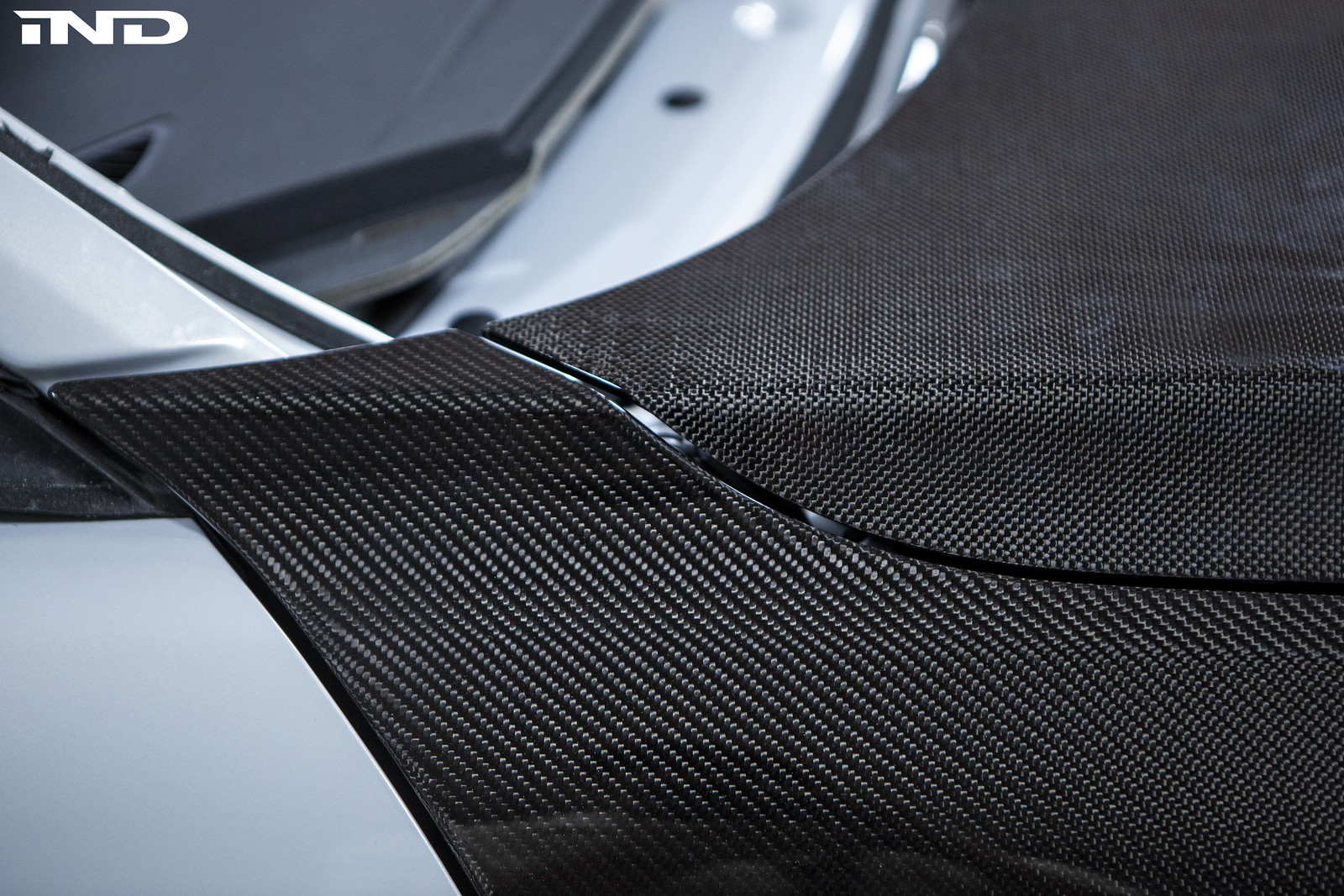 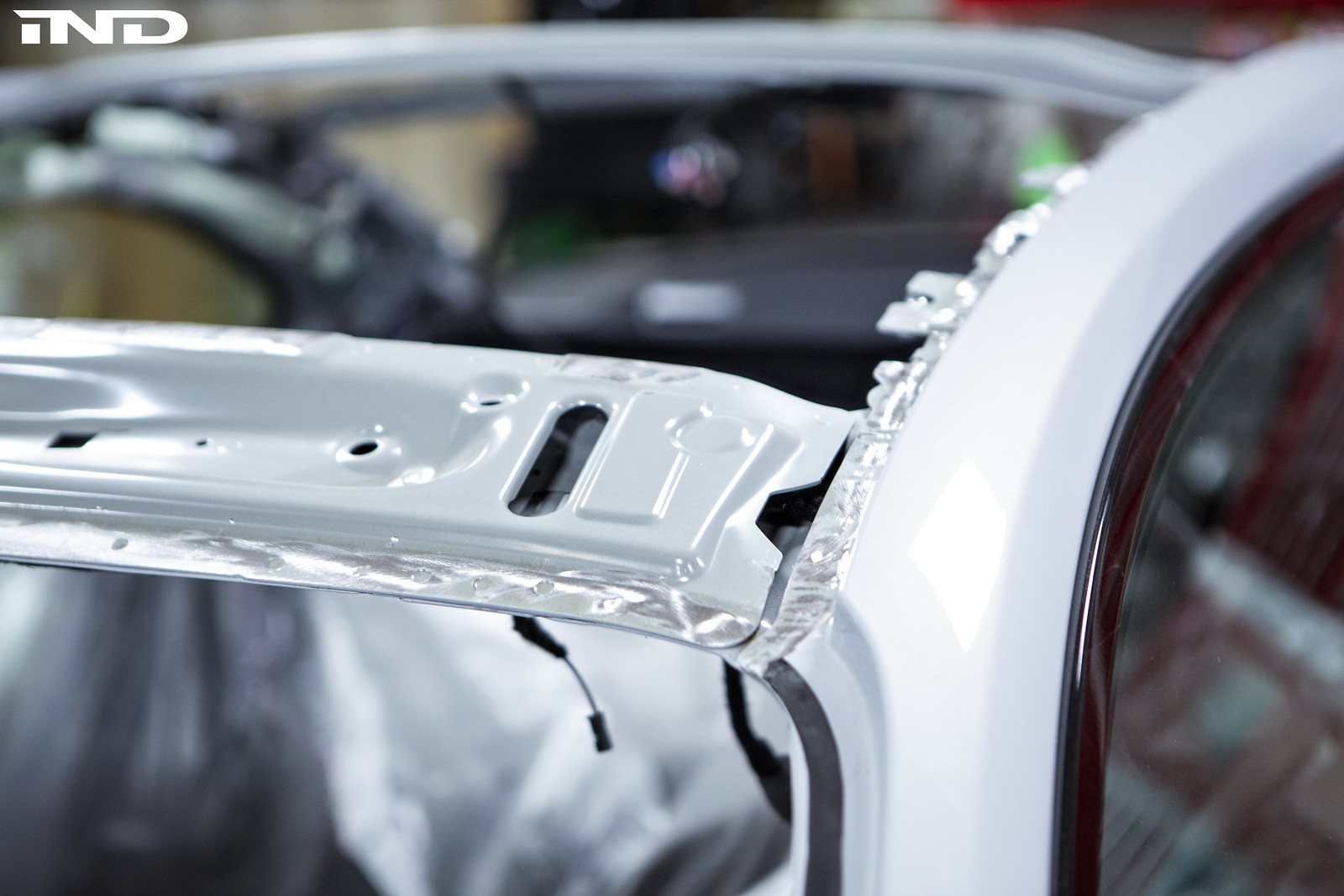 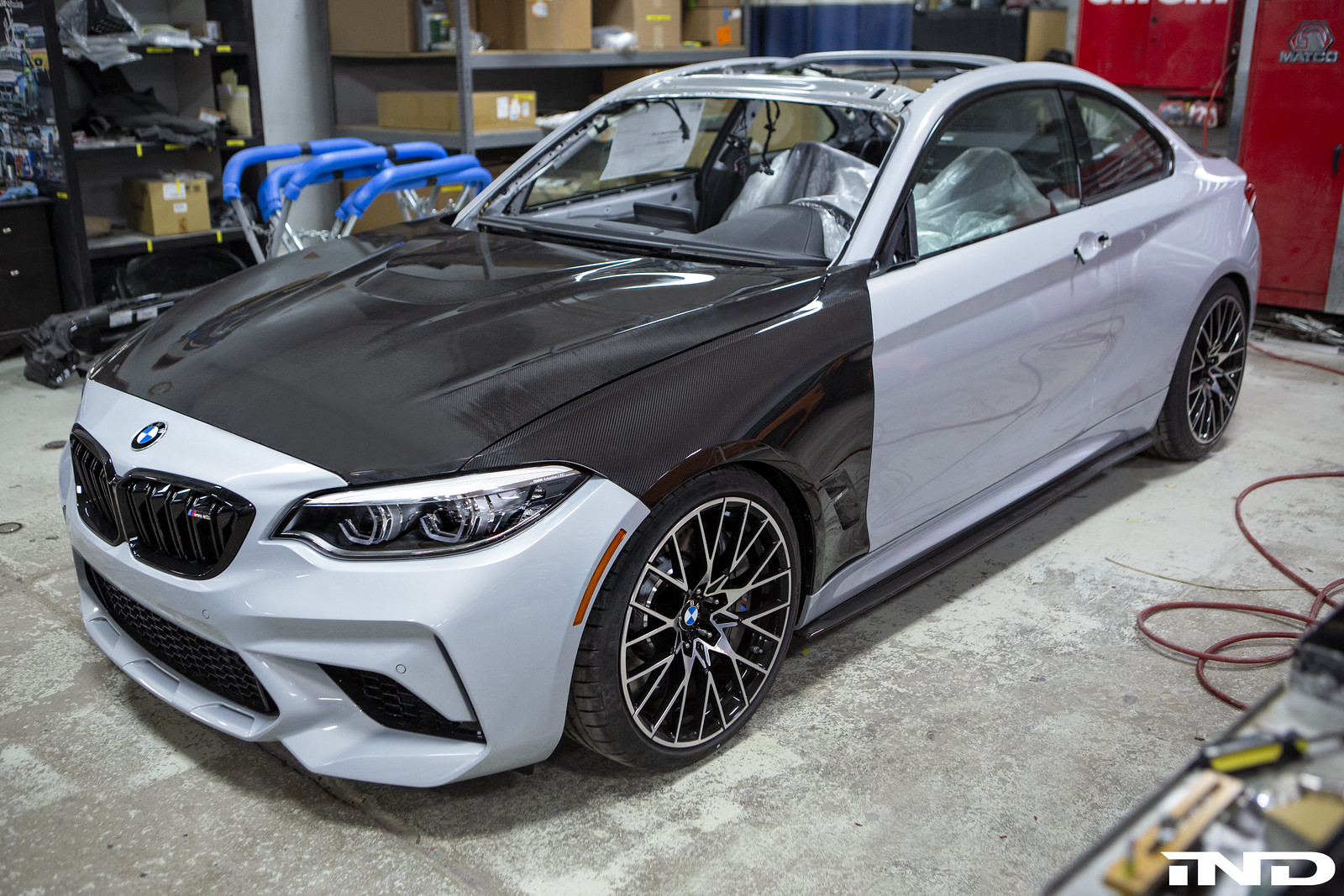 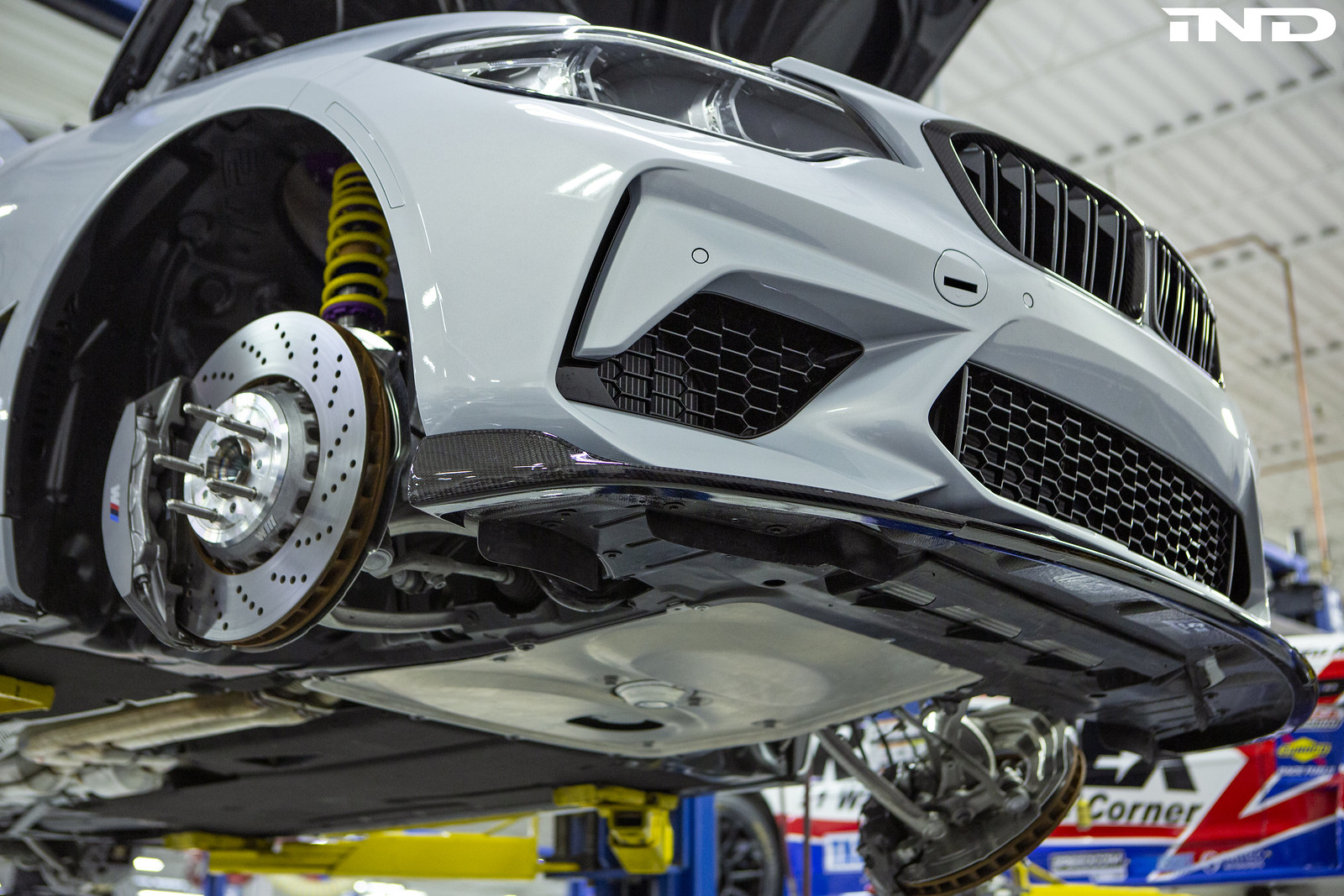 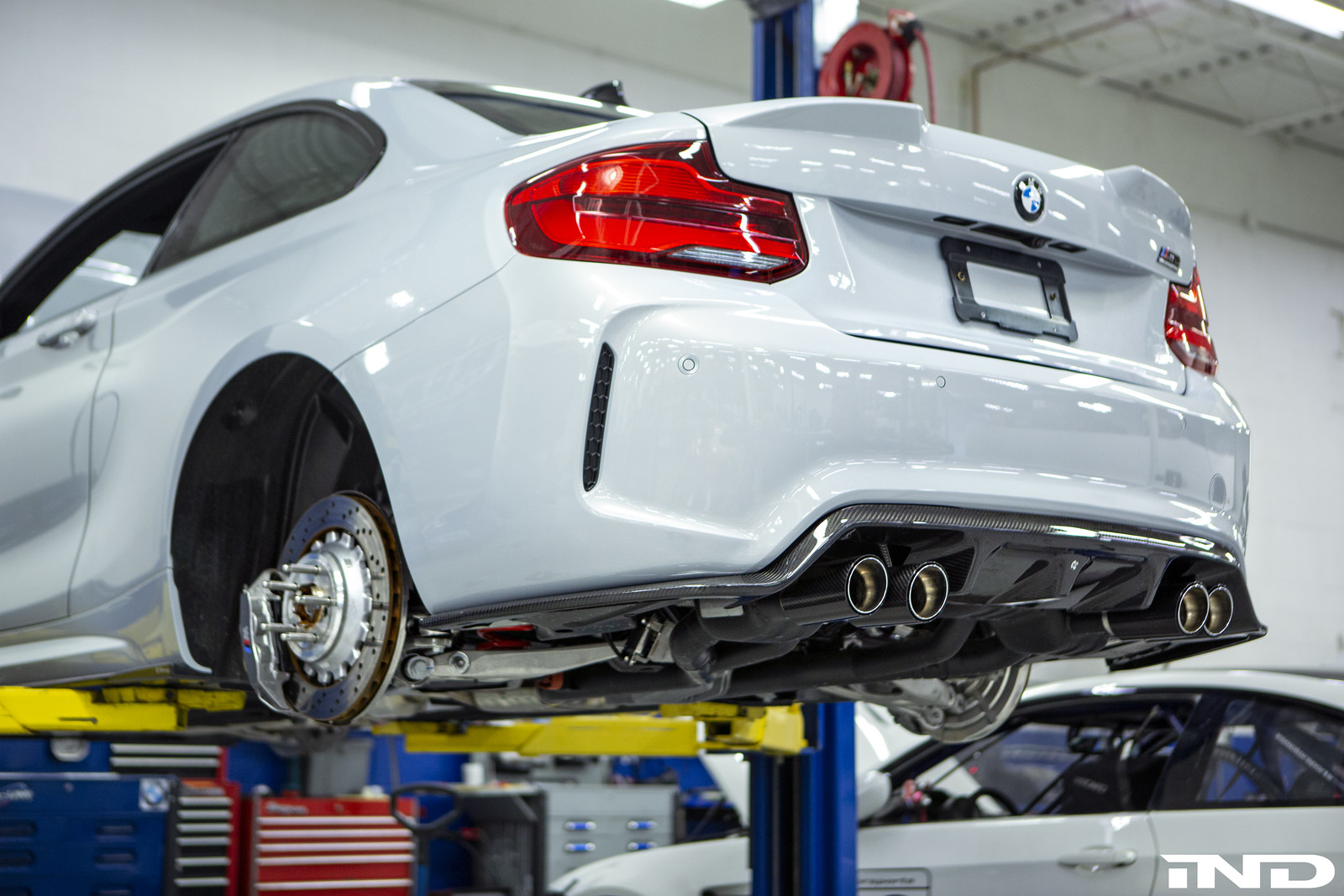 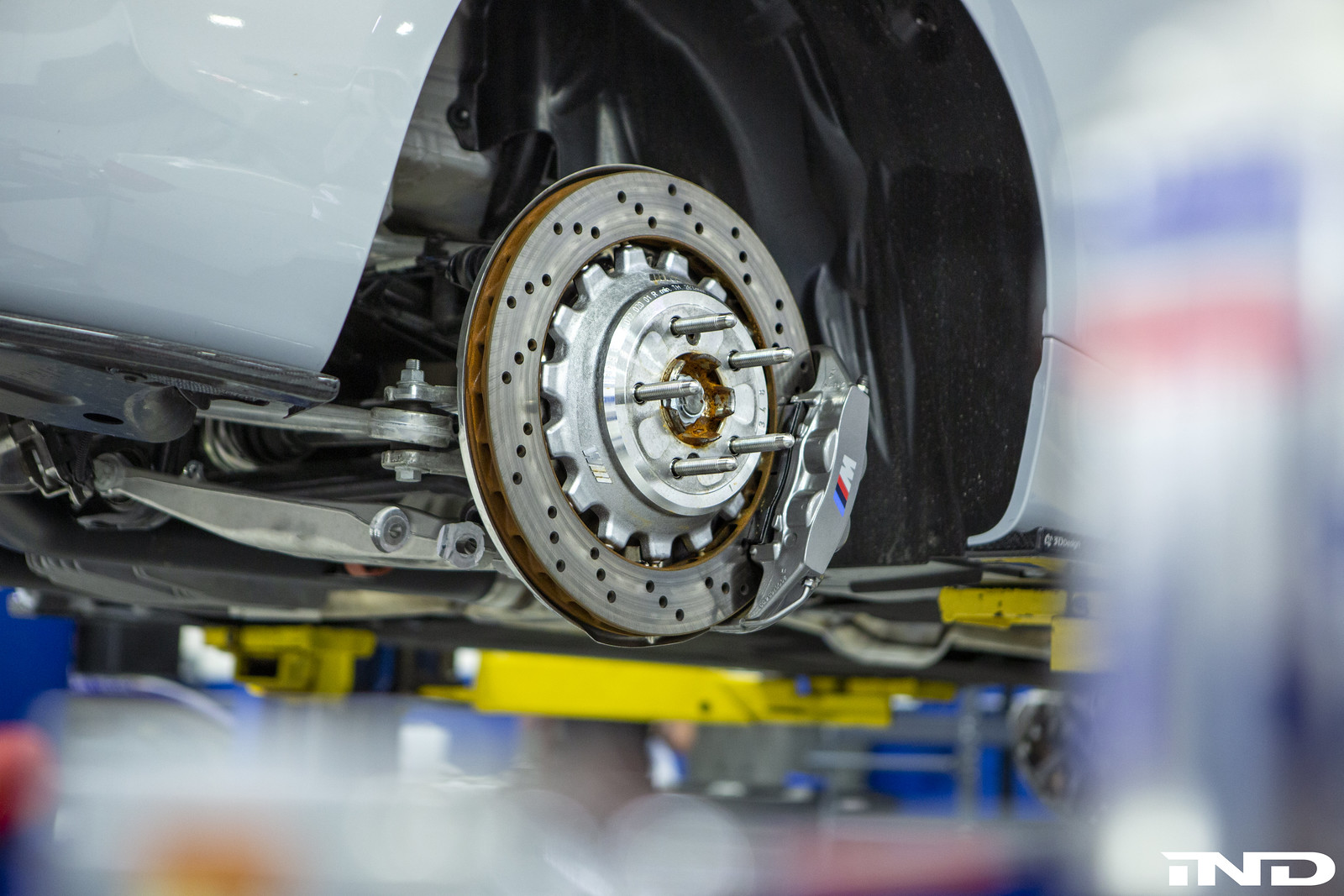 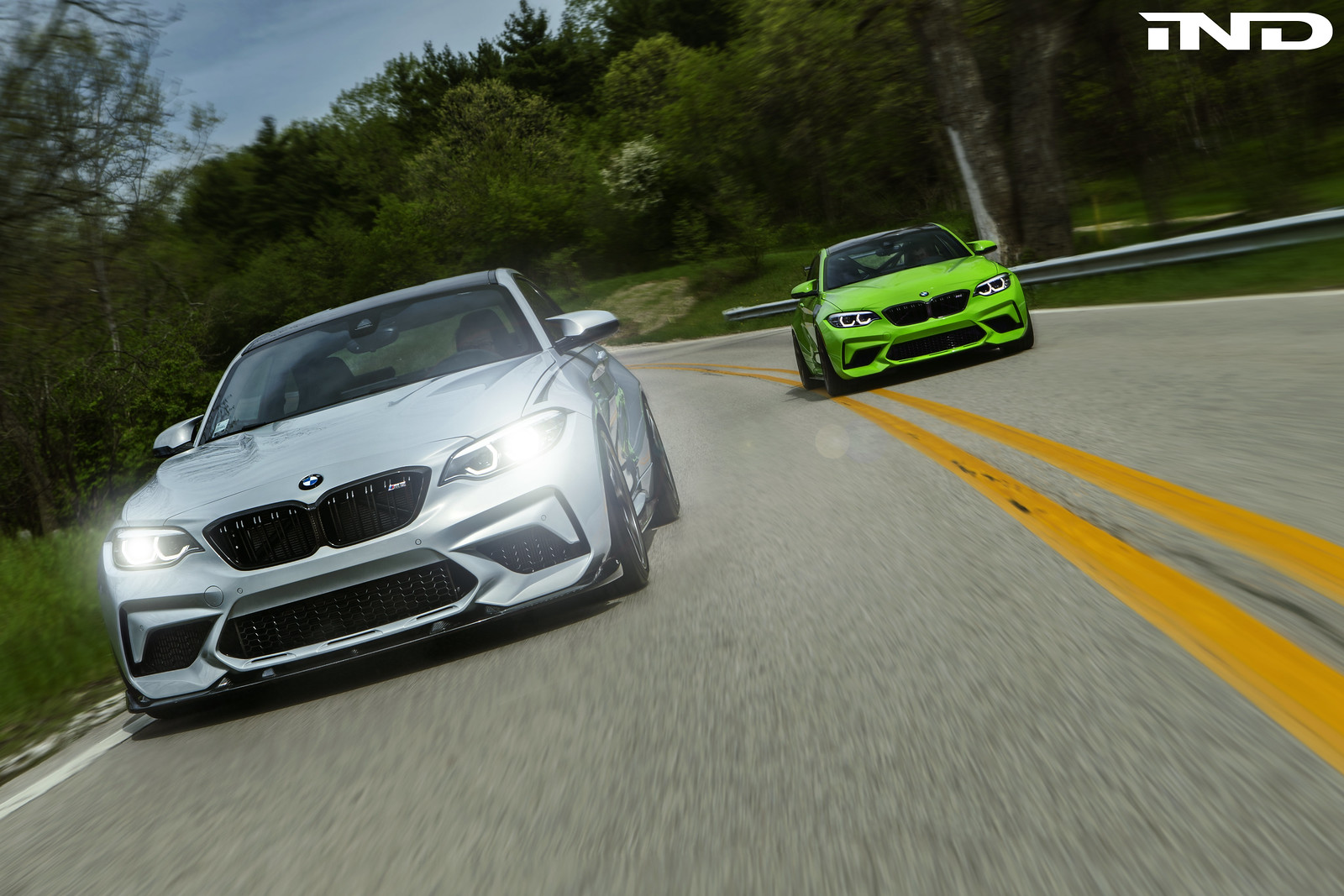 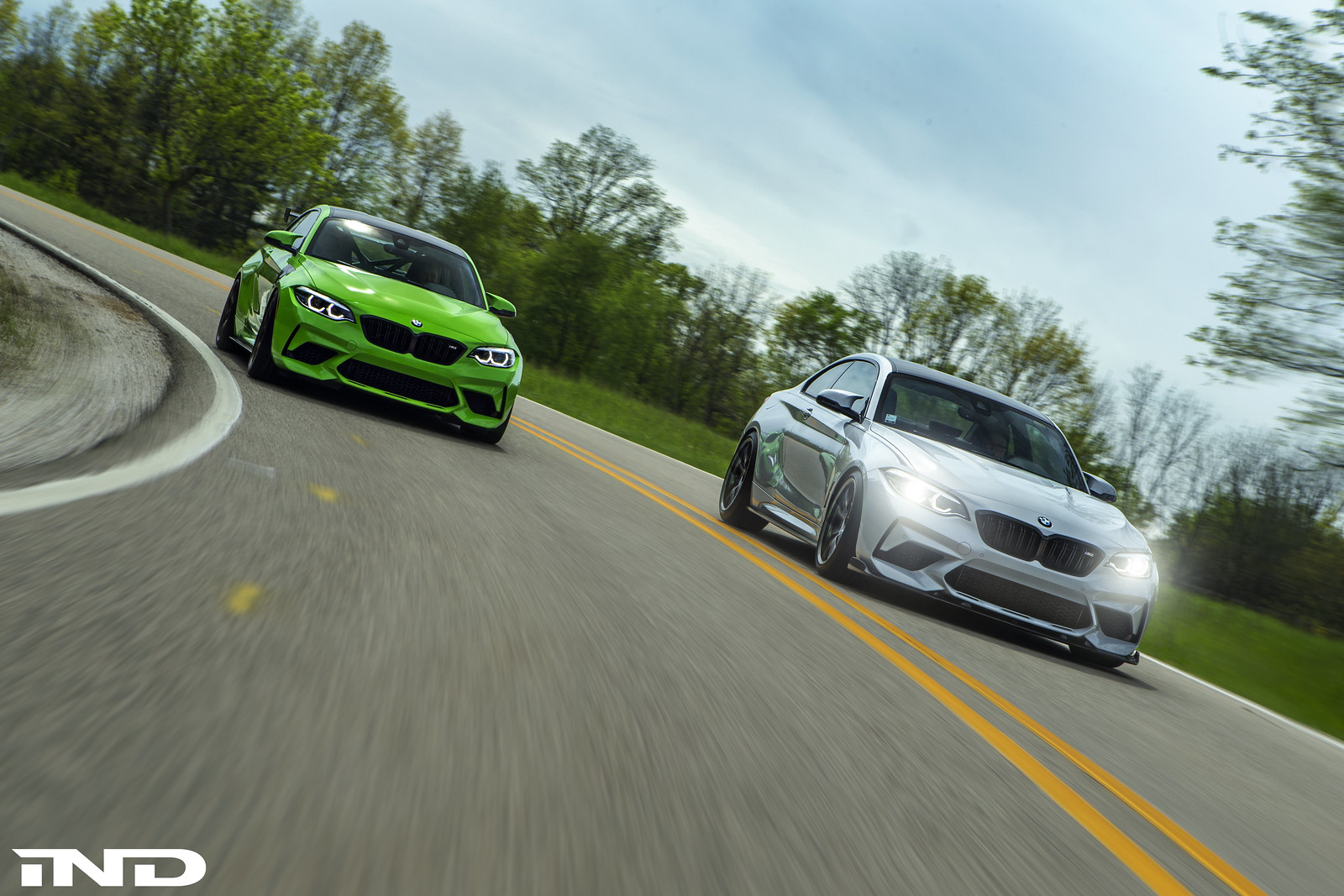 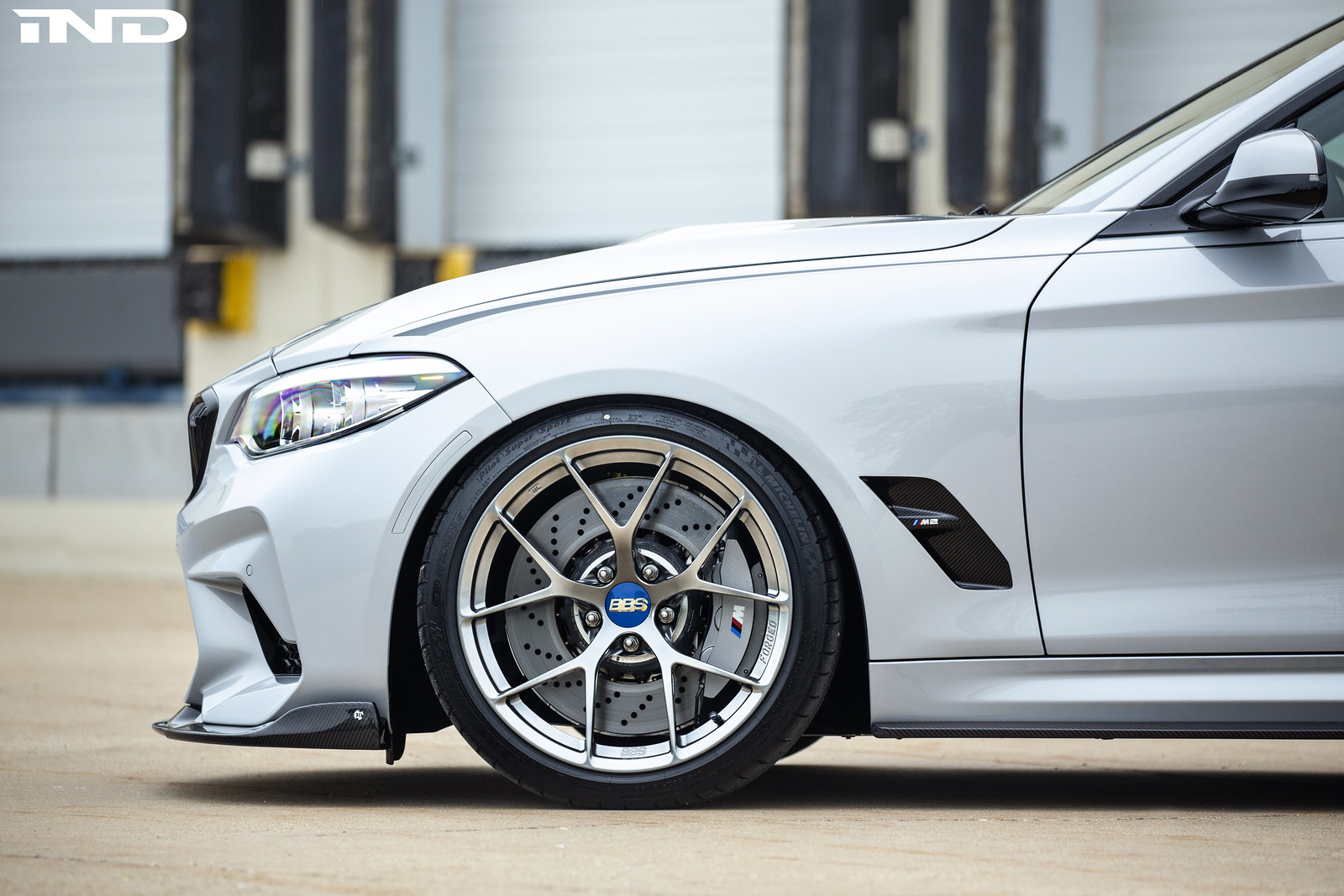 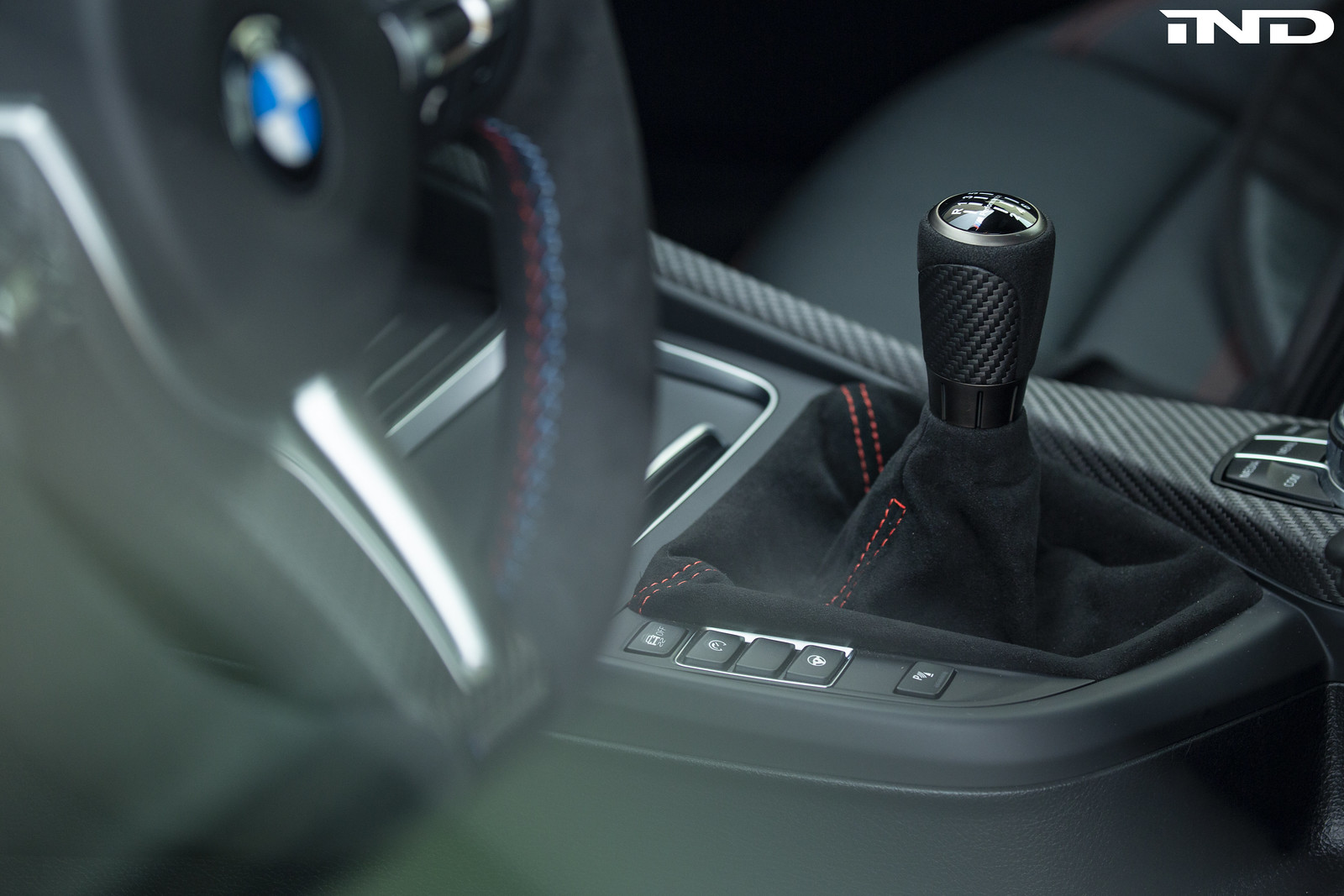 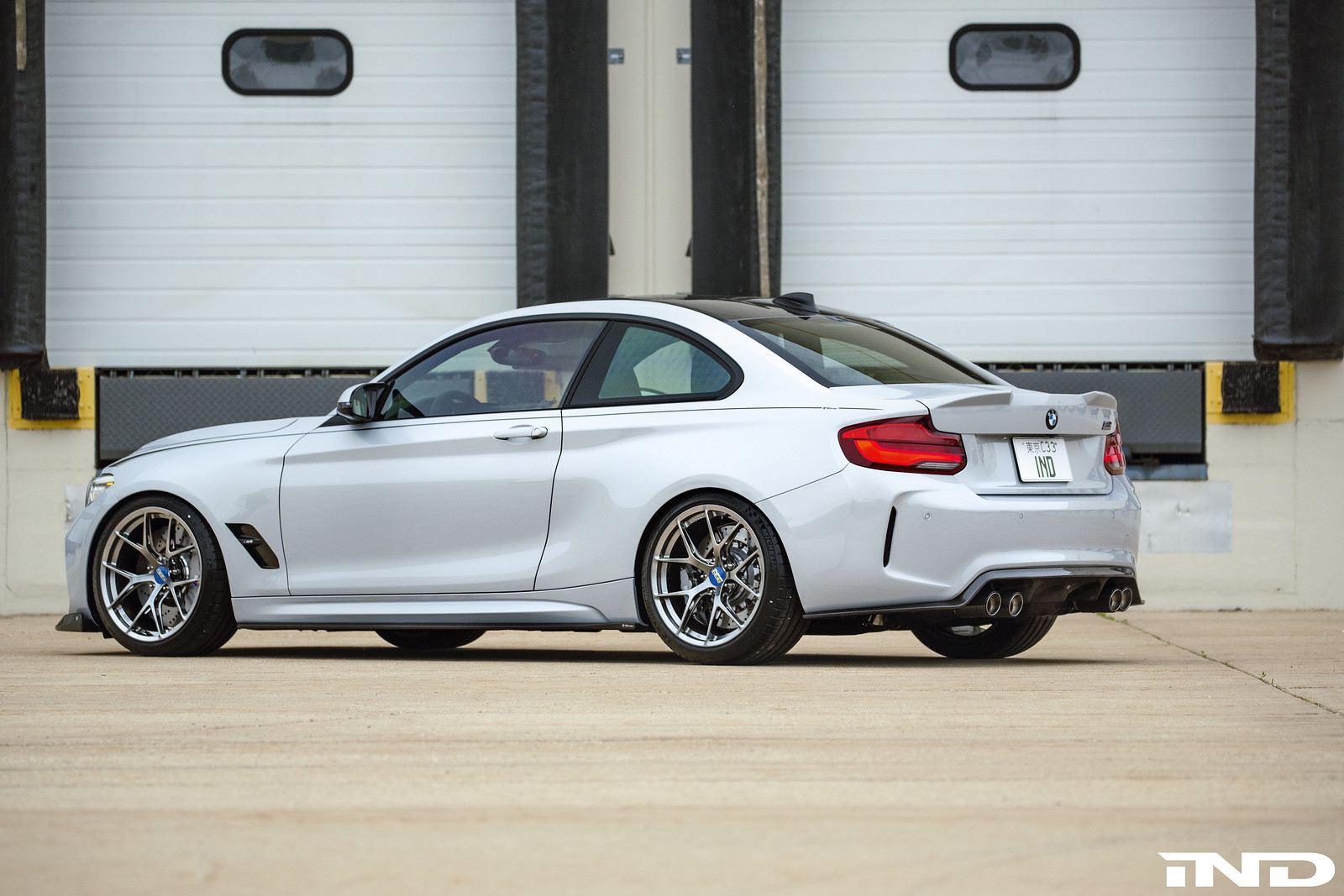 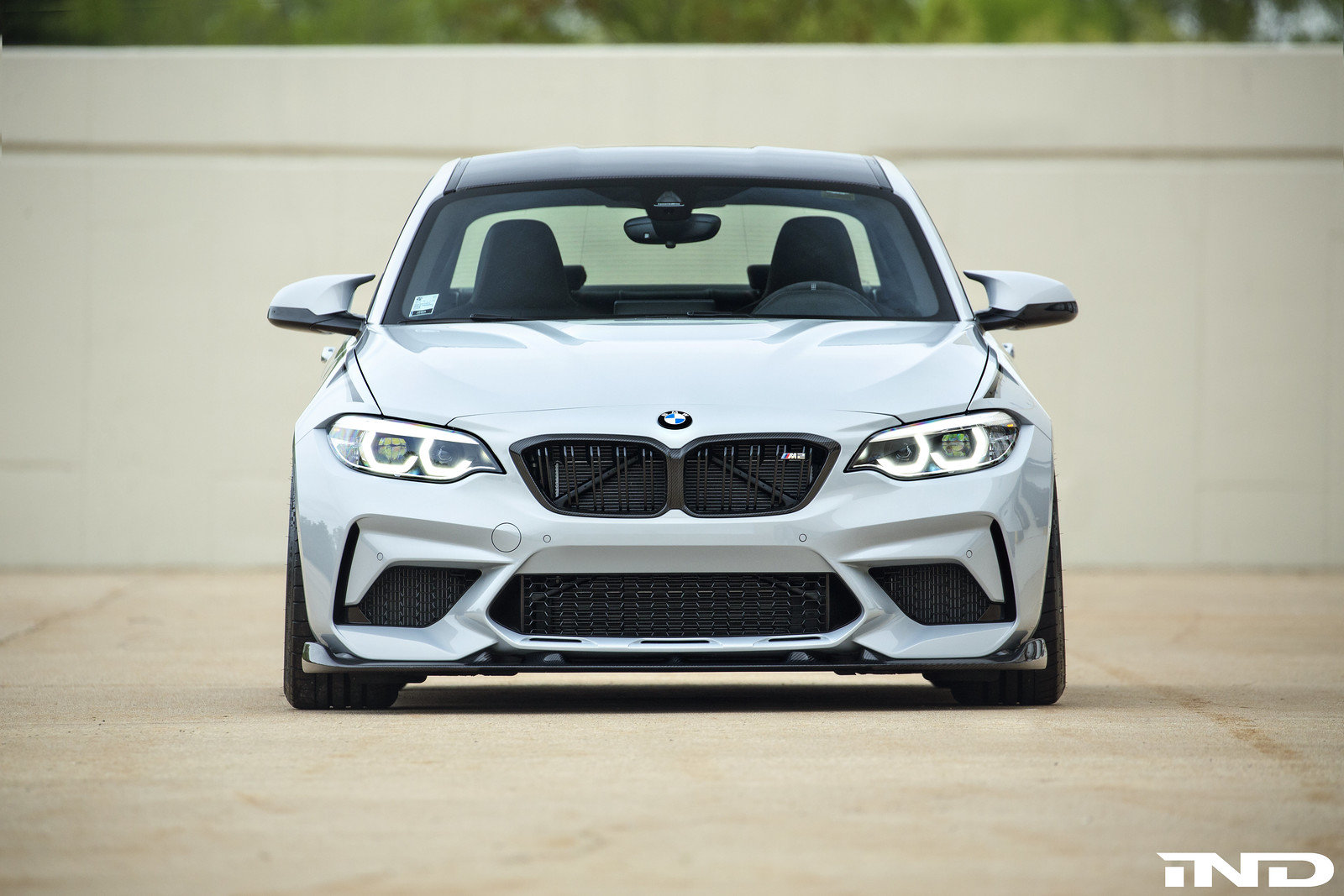 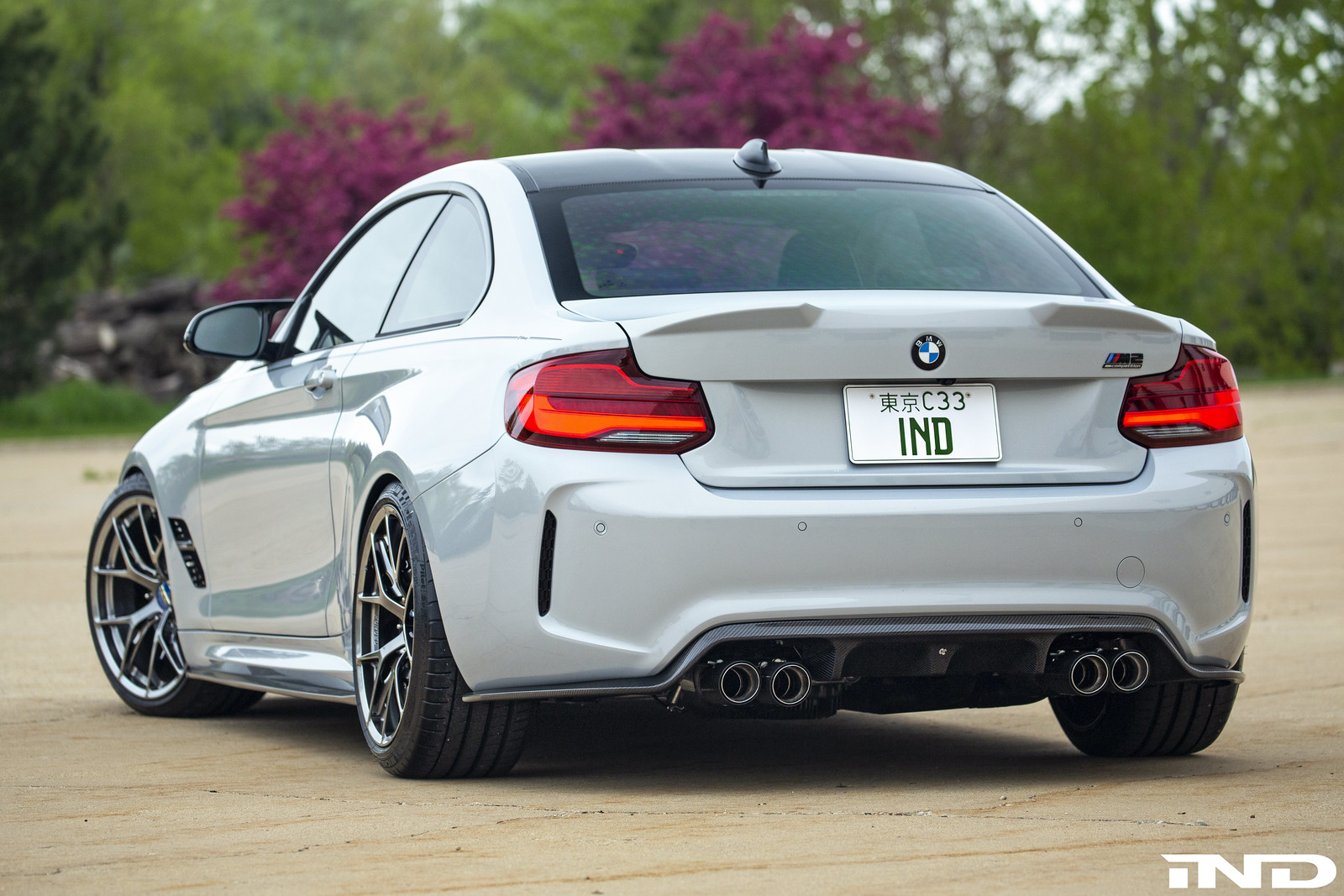 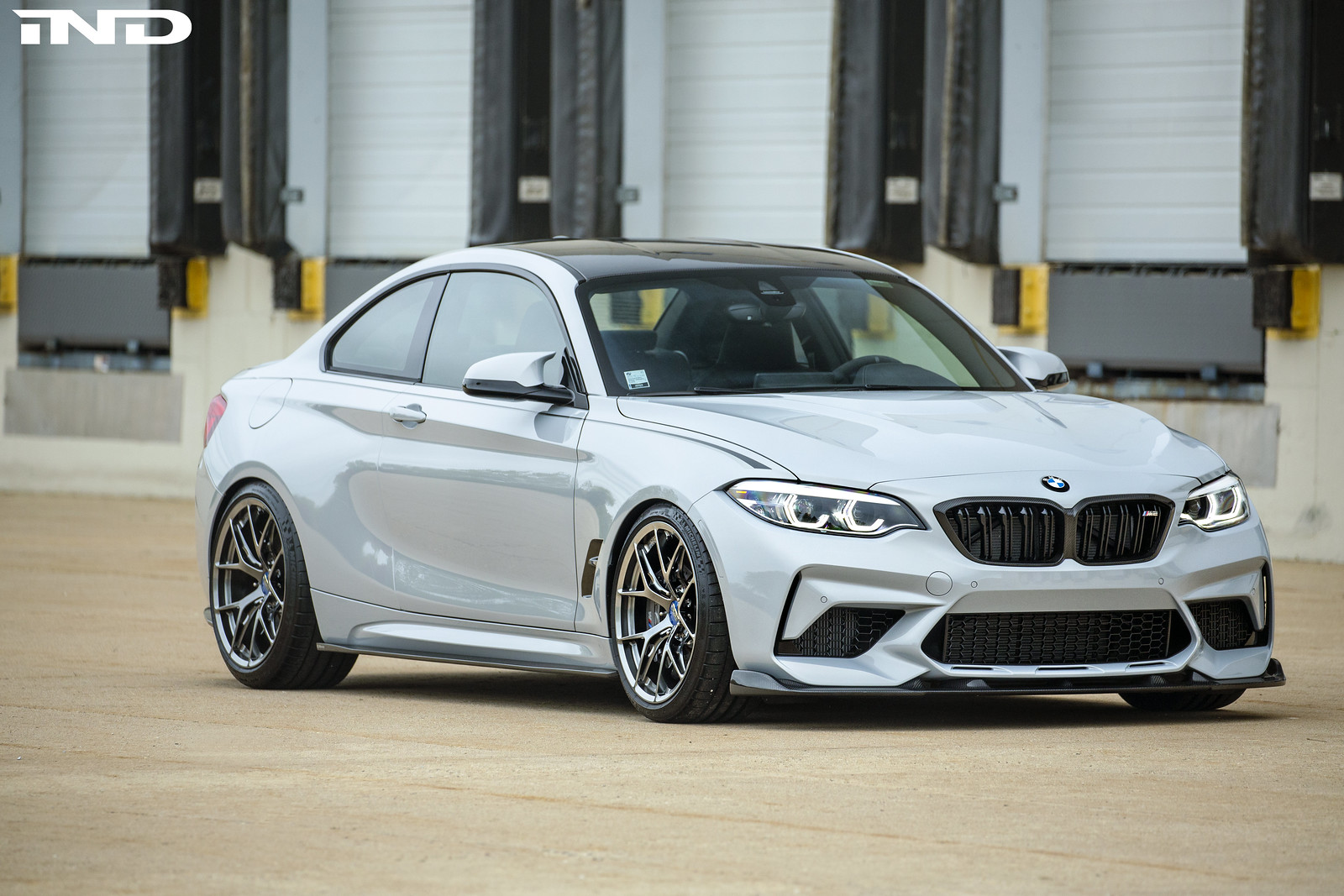 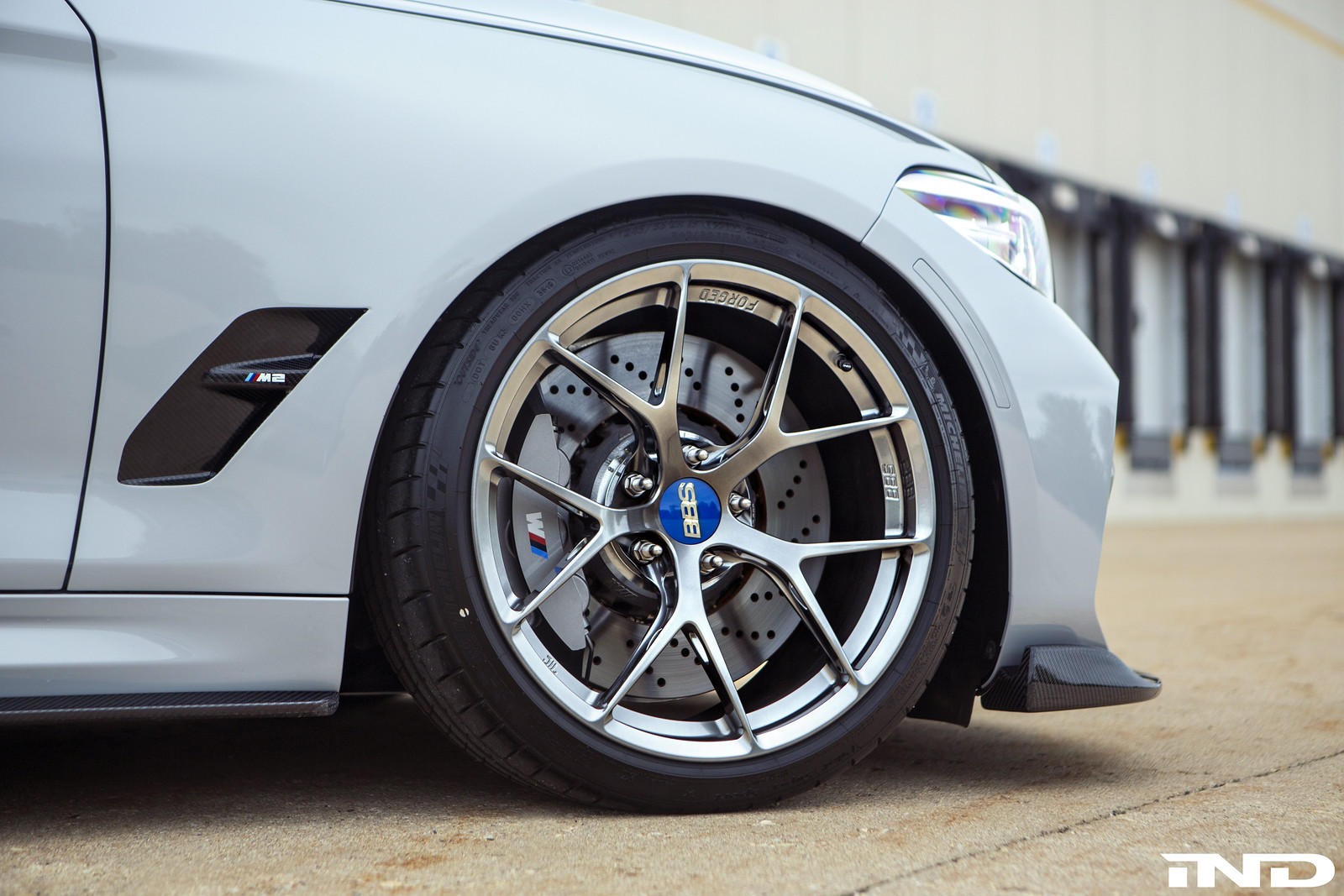 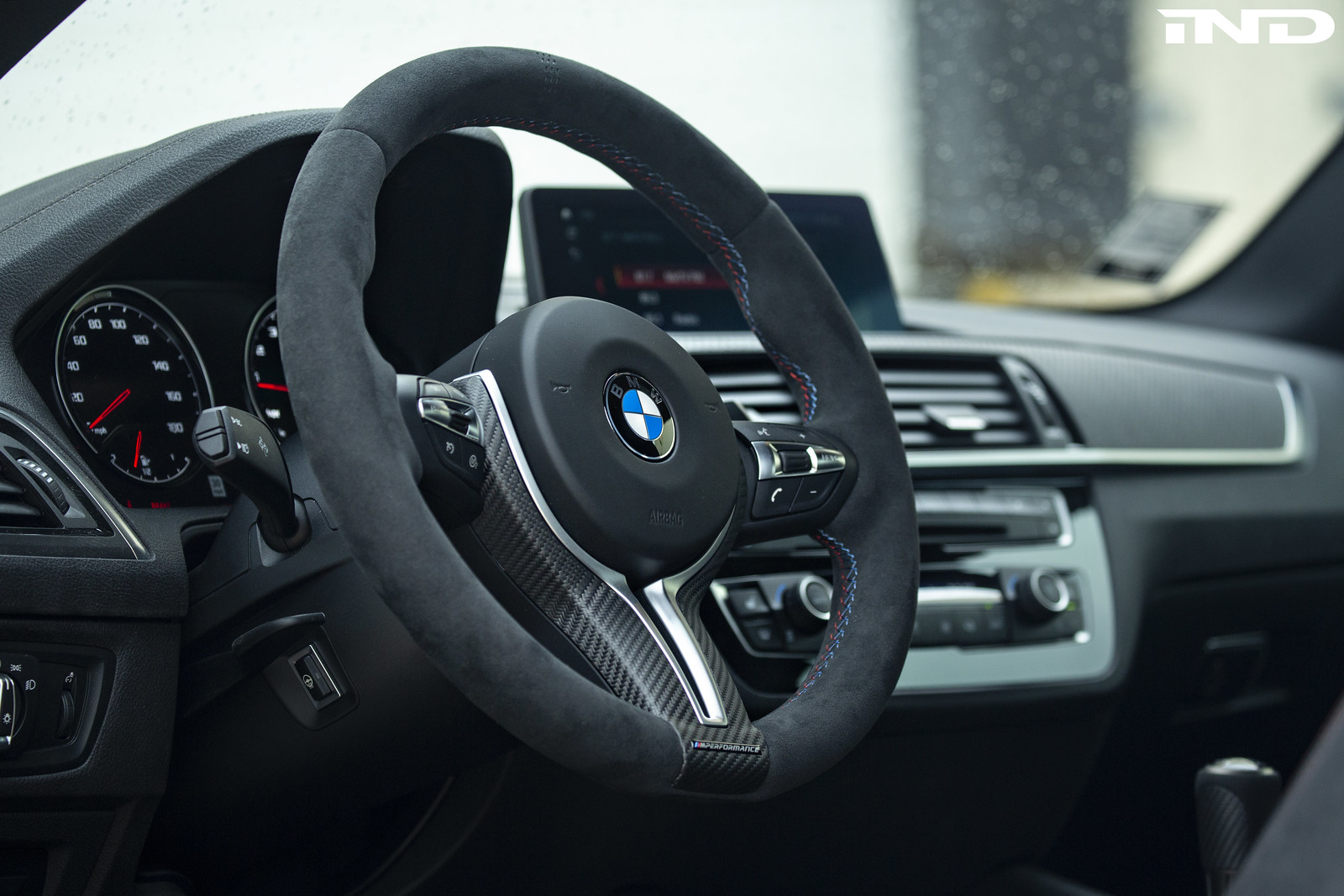